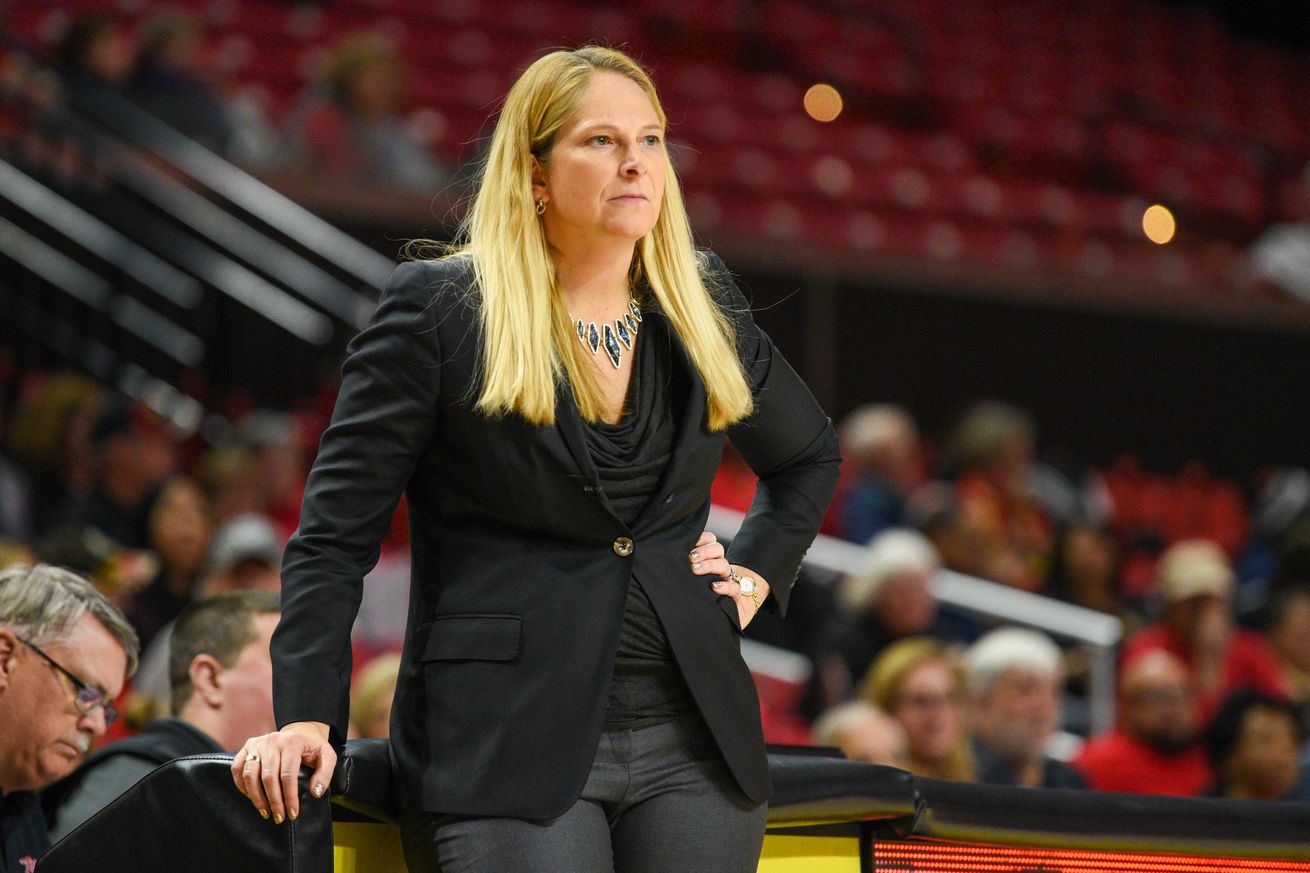 Maryland women’s basketball fell out of the top-10 in the latest AP Top 25 released Monday, dropping from No. 9 to No. 13.

After starting the season 7-1, the Terps fell to then-No. 13 NC State in the Big Ten/ACC Challenge, 66-59, on Dec. 5. They then picked up a dominant 105-45 win against Loyola (Md.), but it wasn’t enough to keep them atop the rankings. Maryland has now fallen nine spots from its preseason No. 4 ranking.

The loss to the Wolfpack was highlighted by shooting struggles, with the Terps shooting 34 percent from the field on 22 for 65 shooting. Rebounding also seemed to be an issue, as NC State out-rebounded Maryland 51 to 27.

Maryland’s victory over the Greyhounds featured impressive performances from sophomores Shakira Austin and Taylor Mikesell, who scored 25 and 20, respectively. As a team, the Terps shot 57 percent from the field, making 41 of their 72 attempted shots.

Now ranked at No. 13, the Terps will have the week off to prepare before heading to Atlanta to face Georgia State. Big Ten play starts on Dec. 28, when Maryland hosts No. 24 Michigan.

In just three days, Coach Locksley has secured six commits from the class of 2020.

After struggling in their first Big Ten contest against the Fighting Illini and a huge week for Ohio State, the Terps dropped a spot in the AP Top 25.

Lila wrote a feature on Anthony Cowan Jr.’s success this season and how he’s been a difference-maker in tight games.

Class of 2021 commit Dante Trader Jr. looks to make an impact on both the football and lacrosse fields.

Blair Watson has been a pillar of No. 13 Maryland women’s basketball’s standout defense in her final season with the Terps.

Get to know the “Banana Guys” from Maryland’s win over Illinois.

Terp Fans are THE BEST!#TheBreakdown x The Banana Guys pic.twitter.com/IZVh83nUY9

The men’s soccer team commemorated the one year anniversary of their national championship.

From Unranked to Unbeatable

The women’s lacrosse team is celebrating its decade of success by compiling an all-decade team.

Beginning tomorrow, fans can vote on their starting 12 from the past 10 years. #FearTheTurtle pic.twitter.com/zsyYKEO4fw

And the winner for Best Women’s Player is …