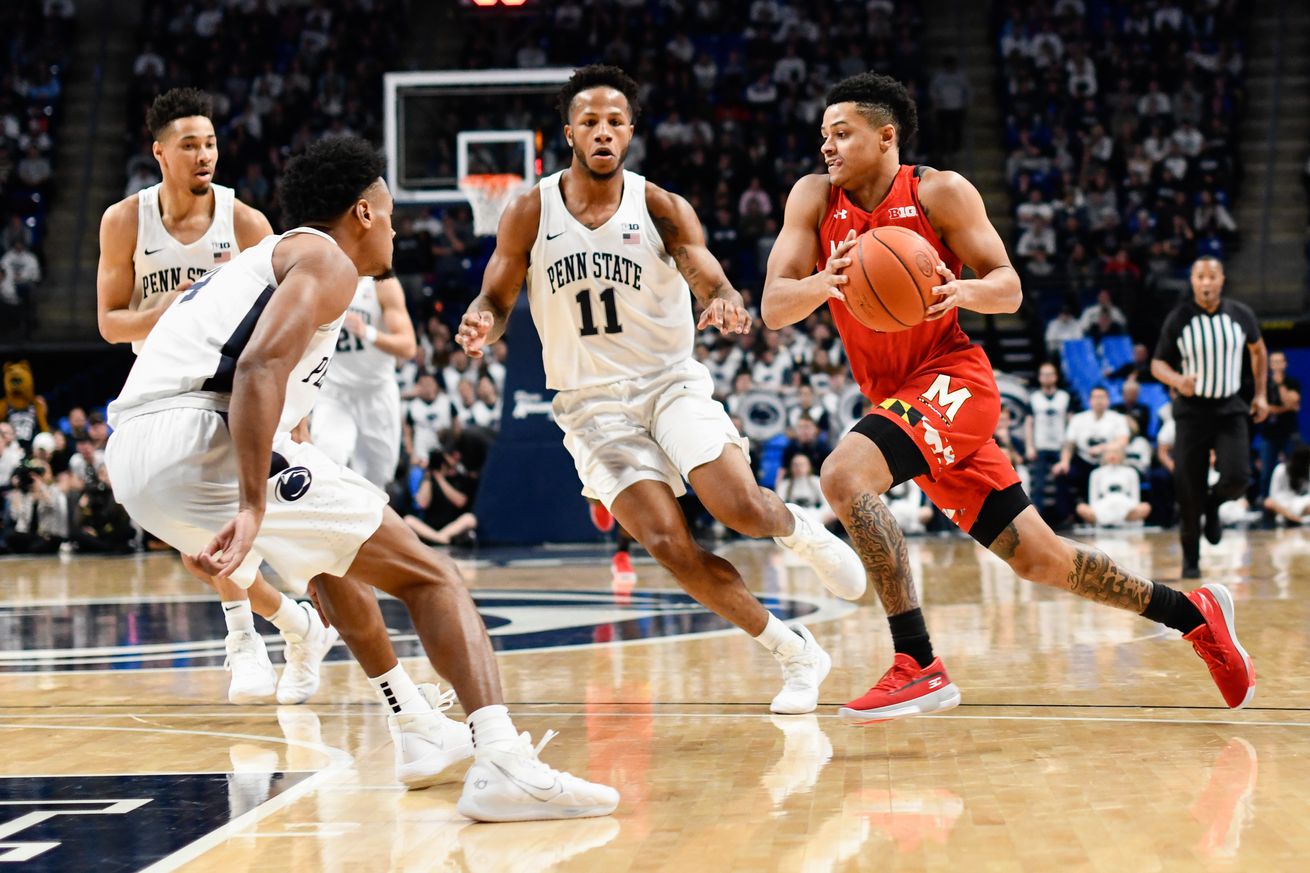 The Terps have now lost four consecutive games in State College, Pennsylvania, with their last win there dating back to 2015.

This time around, the Terps were looking to jump out to an 11-0 start on the season, however they dug themselves in a hole by committing 20 turnovers to suffer the first loss of 2019-20.

Maryland will now have a decent break from gameplay to regroup before facing No. 22 Seton Hall in Newark, New Jersey, on Dec. 19.

No. 4 Maryland men’s basketball suffered its first loss of the season to unranked Penn State, 76-69.

Check out how former Terps performed on the gridiron this Sunday in Jordan’s latest NFL recap.

One of those players, Yannick Ngakoue was mic’d up this weekend against the Chargers.

With the Terps’ loss and two other teams — No. 1 Louisville and No. 18 Butler — getting knocked off Tuesday night, there are very few undefeated programs left in men’s college basketball.

We are merely 35 days into the 2019-20 college basketball season and there are only five undefeated teams left:

Season is gonna be nuts. And I LOVE IT.

Hear why so many Maryland greats chose to play in College Park.

Hear from some of our #TerpFamily how you can have it all pic.twitter.com/77lTVWAGDr

Vote for the best Maryland women’s lacrosse attackers of the decade.

Pick your top three Maryland attackers of the last 10 years to make our All-Decade Team!

Maryland wrestling got into the spirit of #TakedownTuesday.