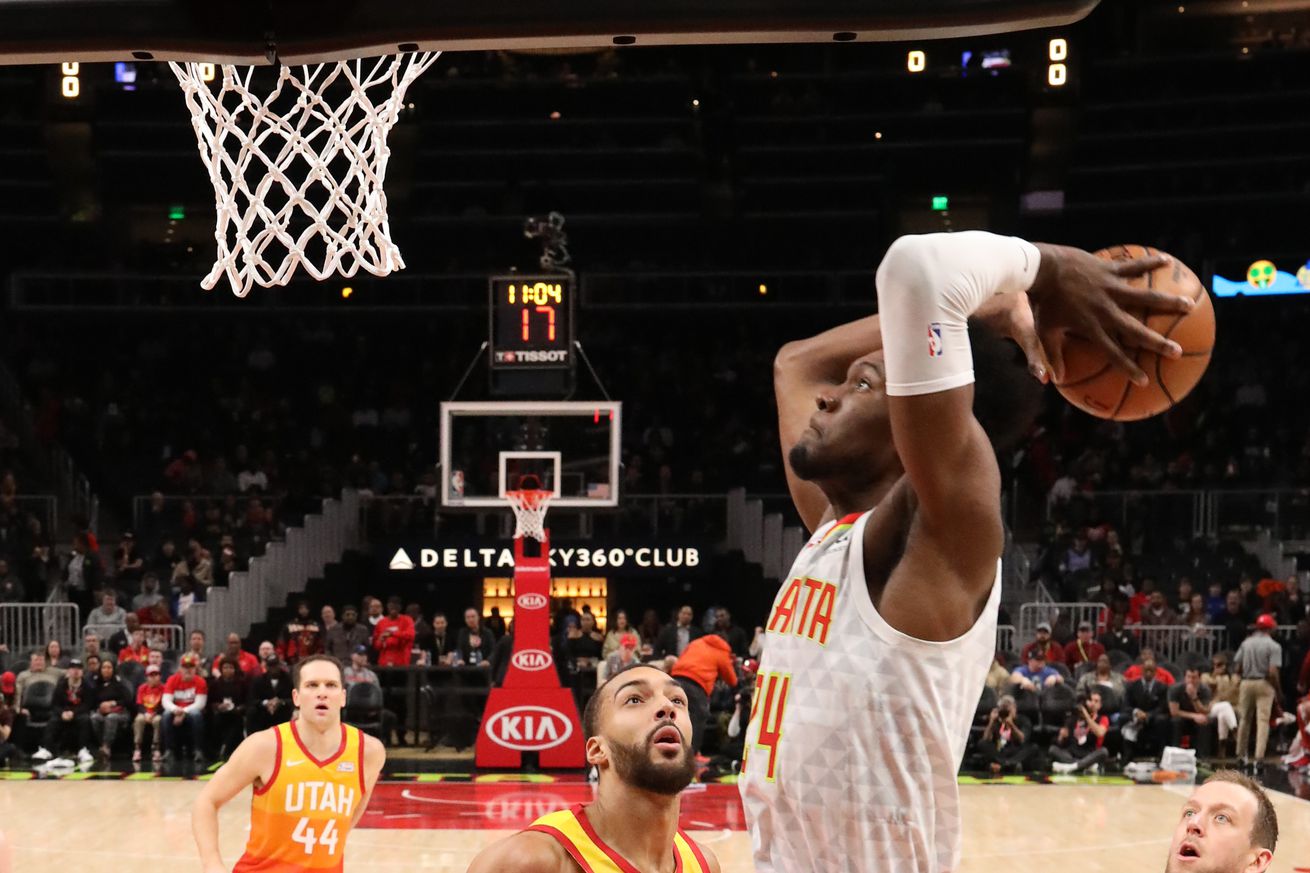 Although he’s only played an average of 11 minutes per game, Fernando has made the most of his usage so far in his rookie season, averaging four points, three rebounds, and an assist on 53 percent shooting from the field.

Though the Hawks lost 111-106, Fernando contributed four points, six rebounds and an assist in 17 minutes, including a solid connection between him and Kevin Huerter.

While the numbers may not be eye-popping to some, he has had a number of solid games during his rookie campaign. Fernando’s most notable performance came on Nov. 25 as he scored 13 points against the Minnesota Timberwolves in just 17 minutes of action.

Fernando made quite the impact in his two seasons at Maryland. In his final season in College Park, he averaged just shy of 14 points, 10 rebounds and two blocks per game, leading to All-Big Ten First Team honors later in the season.

The Angola native hasn’t been the only Terp on the Hawks having a solid season. Joining forces with Huerter and Alex Len, the “Terplanta Hawks” have all been seeing a fair amount of time on the court this season.

No. 7 Maryland men’s basketball could not produce any offense with Seton Hall blocking 15 of its shots and lost, 52-48. The Terps have now lost their last two games against unranked teams on the road.

Sean takes a look inside five-star wide receiver Rakim Jarrett’s decision to flip his commitment from LSU to Maryland, which includes a conversation with NFL wideout Stefon Diggs.

Though he did not see any action in Maryland’s game against Seton Hall, freshman center Chol Marial was active Thursday night for the first time this season.

Rakim Jarrett channeled the words of Stefon Diggs in his official decision statement to Maryland.

Use the words of a legend.

Create your own legend. #FTT pic.twitter.com/pLnvxfXBhL

No. 13 Maryland women’s basketball guard Channise Lewis provided some great photos of her teammates en route to a 114-41 win over Georgia.

Maryland baseball brought in the No. 7 recruiting class this week — the highest ranked class in program history.

The Maryland men’s lacrosse team released its all-time goalies poll, highlighted by four All-Americans. Who are you going with?

4️⃣ USILA All-American goalies this past decade, which hardshell are you giving the nod?

Head Coach @alextclemsen is back with the latest edition of Clemsen’s Corner and he can’t wait to see everyone at tomorrow’s home opener‼️#TurtlePower pic.twitter.com/os9D57Kx7A