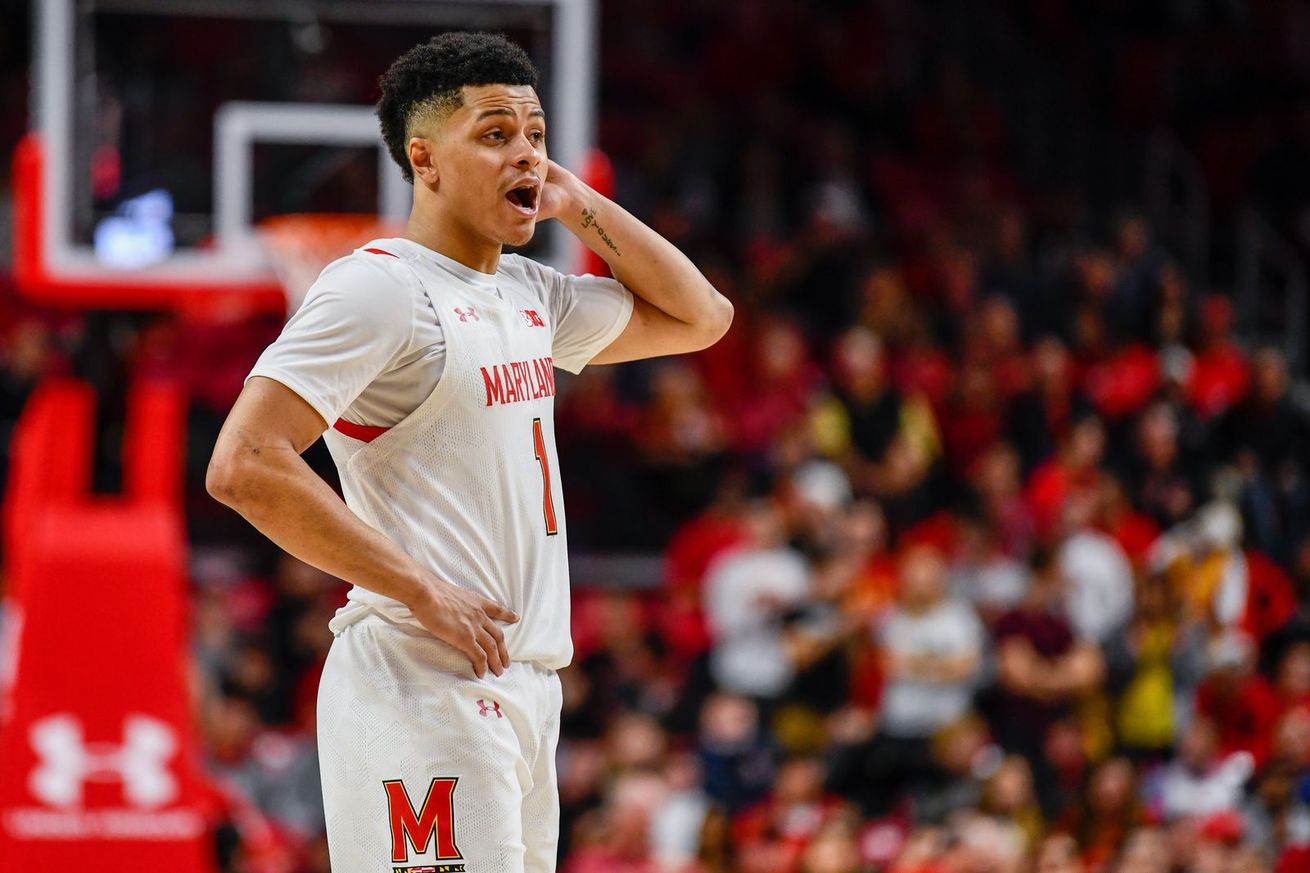 Anthony Cowan Jr. was one of 46 players named to the Oscar Robertson Trophy Watch List on Thursday, another product of the impressive campaign that the senior guard has put together for No. 3 Maryland men’s basketball.

Being named to the U.S. Basketball Writers Association short list for the men’s national player of the year is a big honor, but Cowan is no stranger to accolades this season. After Maryland’s win over Marquette at the Orlando Invitational, he took home tournament MVP honors. He was also named NCAA Player of the Week, as well as Big Ten Co-Player of the Week.

The senior has been a game changer for the Terps this season. Through nine contests, he’s averaged 16.2 points per game and 4.2 assists per game, leading the team in both categories.

Despite scoring a season low nine points in Wednesday’s win against Notre Dame, Cowan had two assists and a block while only committing one turnover in 31 minutes of action.

Cowan’s low scoring output against the Fighting Irish was also a product of Mark Turgeon running the Terps’ offense through other players like Eric Ayala and Jalen Smith, who scored 14 and 15 points, respectively.

The Terps will look to extend their perfect record on Saturday, as they start Big Ten Conference play against Illinois in College Park.

Check out our three takeaways from Wednesday’s win over Notre Dame.

No. 9 Maryland women’s basketball dropped its second game to a ranked opponent Thursday, losing 66-59 to No. 13 NC State

The game against Notre Dame provided some interesting moments. Check them out in Sarah’s photo gallery.

Former Testudo Times editor Matt Ellentuck wrote about why Maryland fans should be optimistic about this season is his latest article for the main SB Nation site.

Here’s our recap of the Terps’ win over the Fighting Irish.

No. 3 Maryland men’s basketball took down Notre Dame 72-51 last night to give the program its first 9-0 start since 1998-99.@annabellejanss has the recap from Xfinity Center. pic.twitter.com/2pr5RkvYgf

I am now in the NCAA Tranfer Portal and excited for future opportunities. Thank you University of Maryland staff, my teammates, and family for their support. pic.twitter.com/Jtudap0O3D

Despite another transfer, the future still looks bright for the football team, as Maryland commit Ruben Hyppolite II was selected to Team USA for the International Bowl.

The Florida LB will be a part of the U-19 team that will take on teams from around the world in mid-January. https://t.co/OLGmIJnCsl

Four-star prep school recruit Alante Brown will be in College Park this weekend on an official visit.

The Terps were listed in Brown’s top five yesterday and have been looking to bring in the playmaker as a RB. https://t.co/6g3a4KMazr

Kaila Charles and Taylor Mikesell made the top 35 watch list for the Ann Meyers Drysdale Award.

These are ✌ of of the top players in the country named to the USBWA’s Ann Meyers Drysdale Award Watch List #UnitedPursuit pic.twitter.com/jc7PteHVp9

Congrats to our boys that received their letter jackets last night! #Excellence pic.twitter.com/39c4cSwpCN