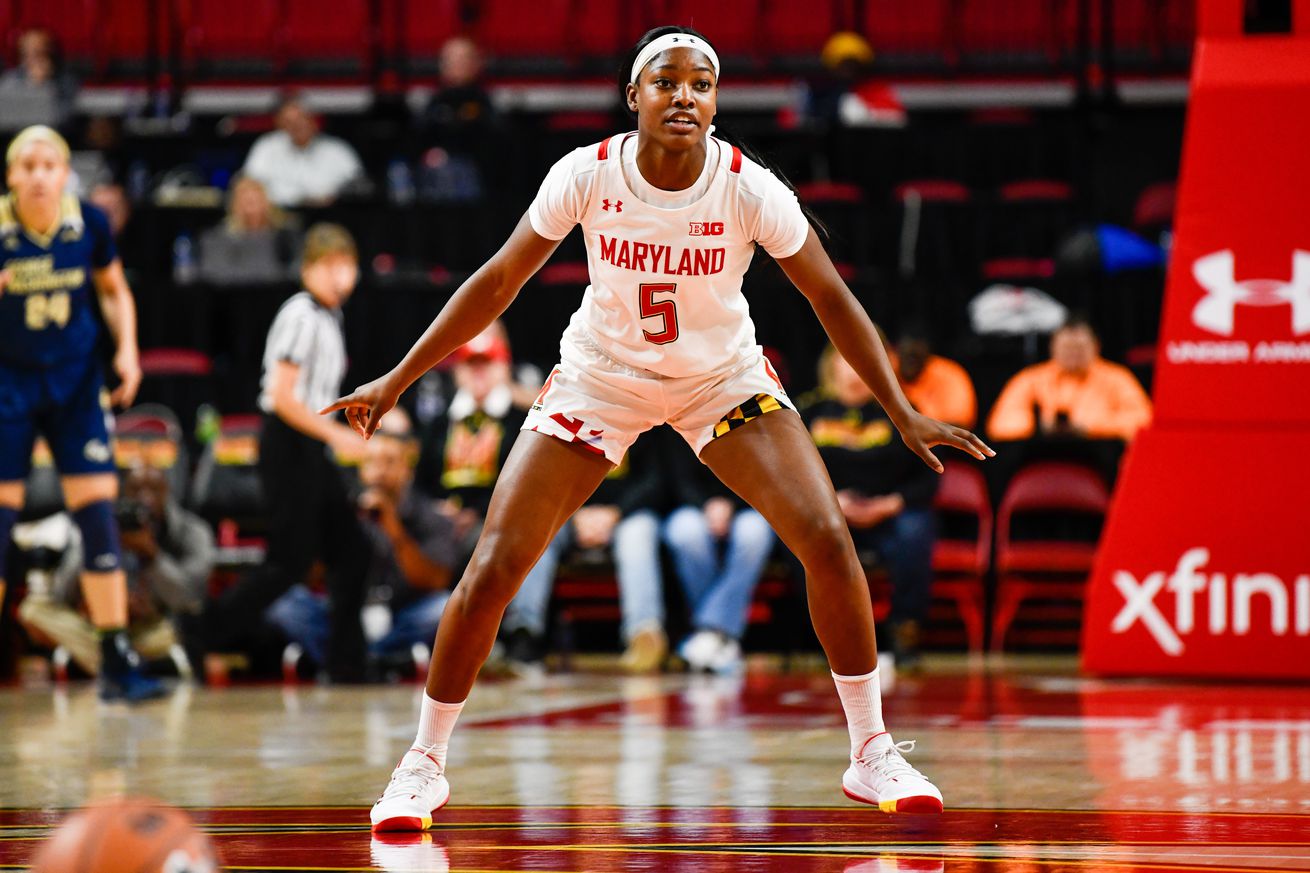 The Terps return from their long break with their final nonconference game of the 2019 regular season.

Following its longest layoff of the season, No. 13 Maryland women’s basketball will return to the floor on Wednesday morning as it travels down South to take on Georgia State.

Last time out, the Terps blew out Loyola (Md.) at the Xfinity Center, 105-45, their largest margin of victory since the season-opener against Wagner. Sophomore big Shakira Austin recorded a career-high 25 points and 13 rebounds, while Taylor Mikesell and Stephanie Jones added 20 points each to help Maryland break 100 points for the third time this year.

Wednesday’s matchup marks the first between the programs, and it’s the Terps’ first against a Sun Belt opponent since 2010. The game will also be Maryland’s final nonconference game of the regular season, as Brenda Frese’s team will dive into the Big Ten slate on Dec. 28 against No. 24 Michigan.

“[We’re] just fine-tuning before conference play,” Frese said. “We spent a lot of time talking about, ‘When we come back we all know what’s next,’ so it’s been really good. We worked on a lot of situational things, knowing that games are gonna come down to possessions, taking care of the basketball, rebounding, just fine-tuning it all.”

The game is scheduled to tip off at 11 a.m. and can be streamed on ESPN+.

Head coach Gene Hill is in just his second season as head coach of the Panthers, but has an extensive assistant coaching career in the ACC. Before becoming Georgia State’s 11th head coach in 2018, he spent time as an assistant at NC State for five years and Georgia Tech for three years, playing a role in the development of multiple future WNBA players and earning several NCAA tournament bids.

Sophomore forward/guard Taylor Hosendove (No. 11) has made an instant impact in her first season with the Panthers, leading the team in scoring after transferring from Clemson. Having started in each of the team’s last three games after coming off the bench to start the year, she’s averaged 14.5 points on 47 percent shooting while pulling down 12.3 rebounds per contest.

Freshman guard Taylor Henderson (No. 32), like her teammate that bears the same first name, has become one of Hill’s primary scoring threats almost immediately. After scoring 31 points in just the second game of her collegiate career, she’s averaged 11.5 points per game this season while being tied for the team-lead in assists.

Three-point shooting. The Panthers have been one of the worst three-point shooting teams in the country this season, ranking near the bottom of Division I in terms of percentage. Among 348 qualified teams, Georgia State ranks 347th in three-point percentage at 19.4 percent, connecting on just 28 of its 144 shots from long range.

1. Can Maryland contain Hosendove on the glass? Maintaining consistent control on the glass has been an issue for the Terps this season, and it could be once again facing a rebounding force in Hosendove. Averaging 6.5 offensive rebounds per game and 12.3 total per contest, slowing down Hosendove on the boards must be a point of emphasis from the jump.

“They have one of the best rebounders in the country,” Frese said. “We’re gonna have our work cut out for us trying to keep her off the glass.”

2. Will Kaila Charles find her rhythm before Big Ten play? In a season that she was the preseason favorite to win Big Ten Player of the Year, senior guard Kaila Charles has struggled to find an offensive groove through Maryland’s 10 nonconference games. She’s regressed in almost every significant statistical category in 2019, with her scoring average dipping from 17.0 points per game a season ago to just 12.1 this season.

With just one game left before the games beginning carrying extra meaning, Wednesday’s game presents an opportunity for Charles get herself right before conference play picks up.

“Just finding a balance,” Charles said when asked how she plans on improving her play. “I think I’ve been doing a better job this week with just slowing down and seeing the whole court, reading my options and it’ll translate to the game soon. I’ve been working hard, and this is nothing I can’t get past, so I’m fine.”

3. How will the Terps fare against the press? For a team that typically asserts its will through its full-court pressure, Maryland may get a taste of its own medicine on Wednesday. The Panthers are known for deploying a full-court press to try and force opposing teams into turnovers, forcing 16 per game this season.

“They’re super aggressive,” Mikesell said. “They play really hard and they’re flying around all the time, so we gotta be able to take care of the ball. And I think it’s gonna be a good test for us.”