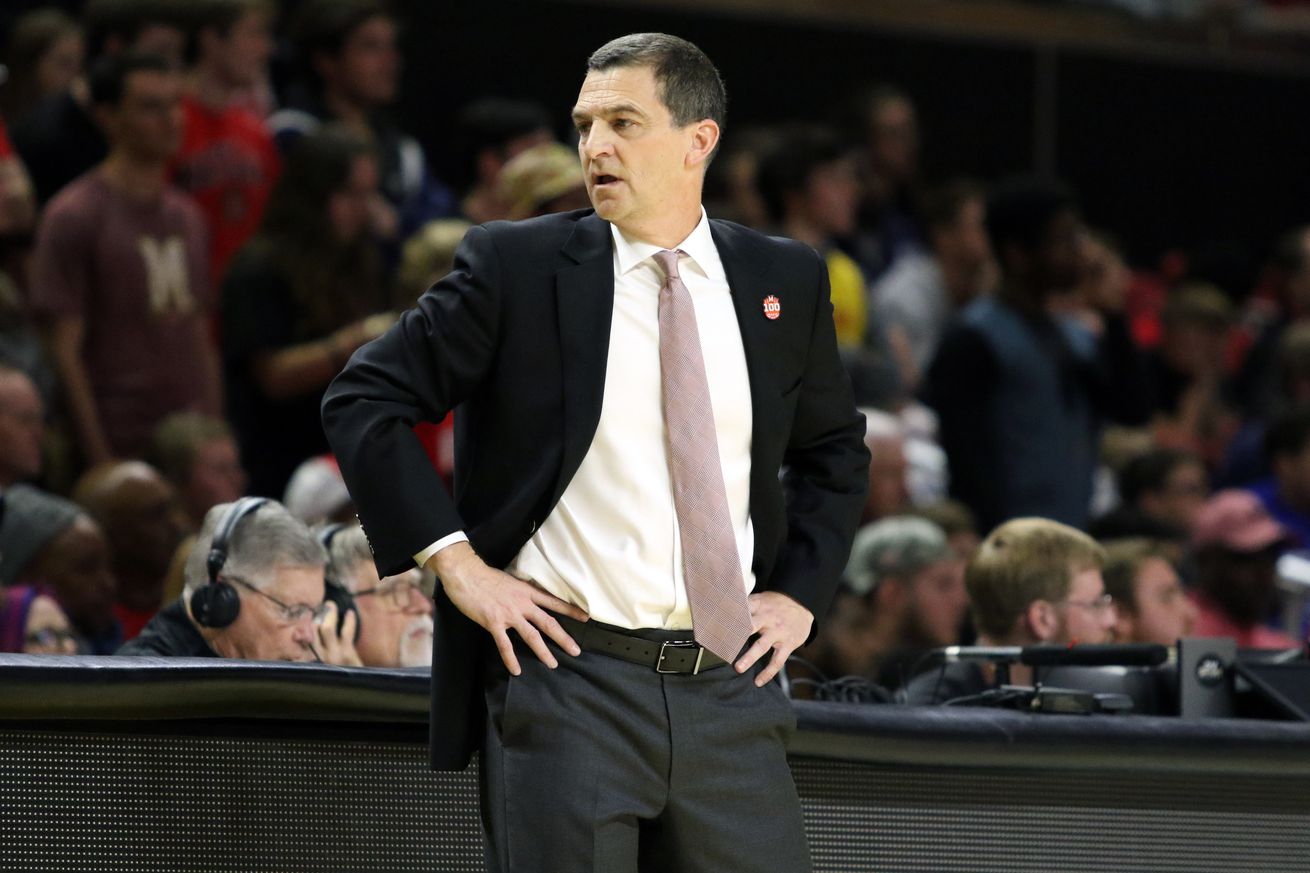 The Terps have started slow in seven games, but they need to come out of the gates fast in the Orlando Invitational championship.

ORLANDO, Fla. — Before No. 5 Maryland men’s basketball headed down to Florida for the Orlando Invitational, head coach Mark Turgeon was hopeful that a change of scenery would give his team the spark it needed to break the crutch of slow starts.

The Terps had finished with double-digit victories in each of their games up to that point, yet took an average of 17 minutes and 53 seconds to build a lead of five points or more that stuck against inferior opponents.

But so far in the Orlando Invitational, the slow starts have just gotten worse facing an increased level of competition. Against Temple, Maryland couldn’t pull away until 1:13 remained in the ball game, while it took until 4:47 ticks were left versus Harvard. The two contests marked the first times this season in which the Terps trailed at halftime.

“[I’m] disappointed in myself that I can’t get our team to play better at the start,” Turgeon said after the win over Harvard. “I don’t know what it is. If I knew what it was, I’d have it corrected.”

Against the Crimson, the Terps were down 7-0 in just the third minute. Seeing his team was playing selfishly, Turgeon called a timeout, knowing something needed to change quickly.

“No one would pass the ball, no one would swing the ball,” Turgeon said. “We wouldn’t jump stop in the lane and go off one foot. We had guys open, we wouldn’t pass it.”

The coach saw the error and tried to snap his team back into fixing it with a “heated conversation,” but regardless, the Terps continued to drudge along — at least until the final five minutes of the half. Maryland had 11 turnovers and nine points allowed off those mistakes at halftime.

“The starts that we’ve been having are just unacceptable,” Anthony Cowan Jr. said. “And we’ve got to be better. We know down the road we’re going to play tougher teams, so we’ve got to figure it out.”

While it hasn’t necessary seemed like it at times, the team has been more careful with the ball in 2019-20, decreasing turnovers per possession by 11.9 percent. Through the first seven games of 2018-19, Maryland turned the ball over on 19.3 percent of its possessions. It finished the year with the same rate, ranking 234th in the country.

This season, the Terps have turned the ball over on 17 percent of their possessions, which ranks 61st in the nation. And most of those giveaways occur in the first half, where Maryland averages 7.6 turnovers this season (it only averages 4.7 in the second half).

The team has made up for the miscues with stellar play in the last 25 minutes of its games this year, but it knows against better teams, that won’t be enough.

“I think the wake-up call is the second half. We see how talented we are,” Darryl Morsell said. “We know we’ve got to figure out the starts, I honestly couldn’t tell you what it is. But it’s definitely eye-opening how we play in the second half, how we play together and how effective we are. We’re just focused on trying to stick together as a team and trying to start better.”

Turgeon helped hammer that message home, showing the team side-by-side clips of what he deems as both selfish and unselfish play after Friday’s game. The success found when distributing the ball and waiting for the right play was evident.

“You have to fight it every day — share the basketball, defend, box out — every day. So it’s just the nature of today’s kids, and you’ve just got to do it,” Turgeon said, comparing the act of sharing the ball to getting his children to share toys back when they were younger. “Hopefully we can cut down on the bad possessions.”

Doing so will be crucial as Maryland faces its best opponent yet in Marquette on Sunday in the Orlando Invitational championship.

The Golden Eagles boast the nation’s top-scorer in Markus Howard, who has dropped 91 points in just two games of the tournament. He scored 20 of those points by around the halfway mark of the first half, helping his team jump out to an 33-18 lead.

“We’ll be ready. I think we’re gonna be real excited for tomorrow’s game,” Turgeon said. “Guys are proud of the way we finished up yesterday. … We really made huge steps yesterday and hopefully we’ll carry it into tomorrow.”