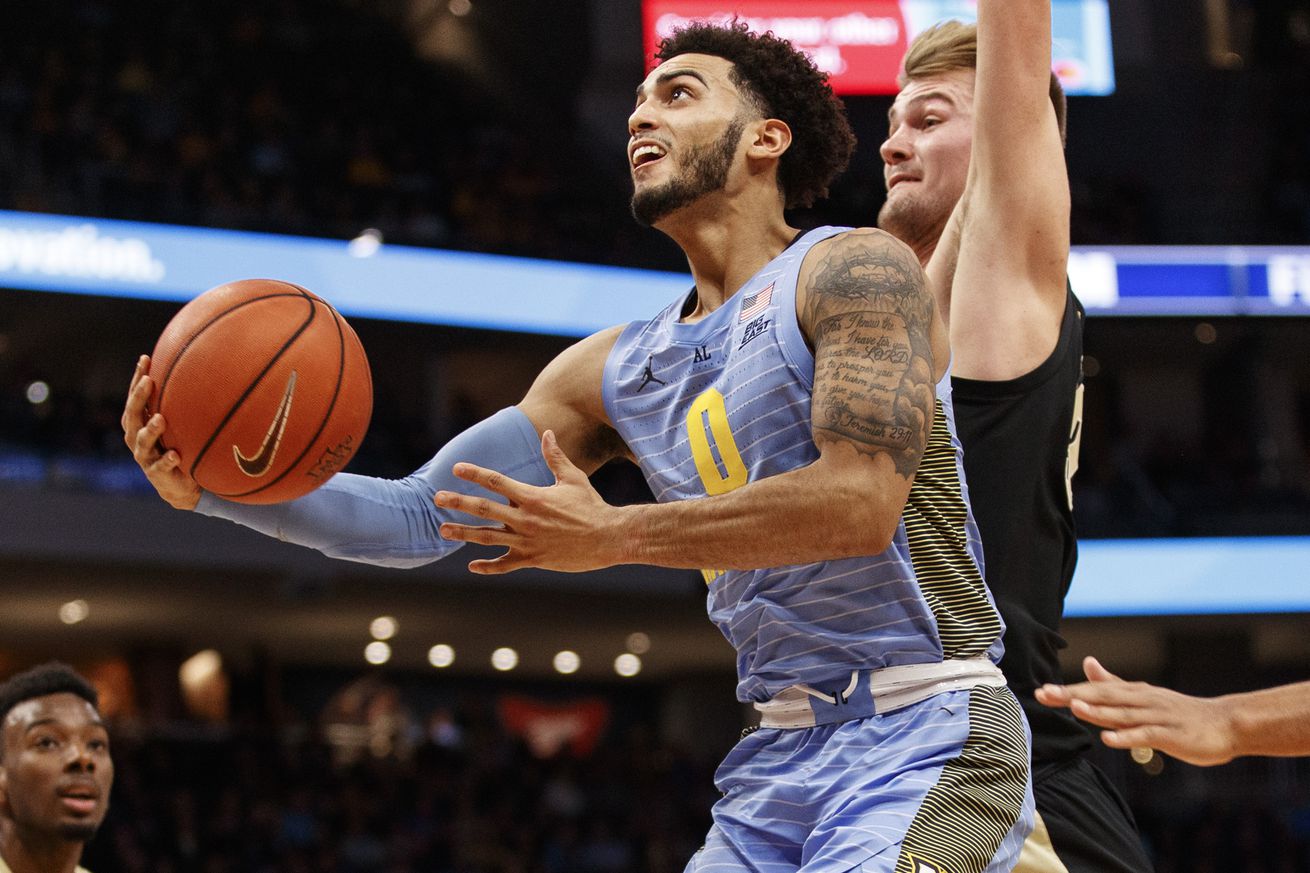 The Terps face the Golden Eagles in the Orlando Invitational championship.

The Golden Eagles had a dominant 101-79 win against USC on Saturday and only have one loss on the season, which came at the hands of Wisconsin, 77-61, on Nov. 17.

“I think we’ve beaten two NCAA Tournament teams, we play another one tomorrow,” head coach Mark Turgeon said. “But it’s just really good experience for us. And every team has been a little bit different and [we’ve] had to prepare a little different, so that’s helpful.”

The game will be at 1 p.m. ET and broadcasted on ESPN.

Head coach Steve Wojciechowski is in his sixth season as the helm for the Golden Eagles. He has led the team to 19-plus win seasons in each of the past four years, as well as a postseason appearance over the last three years. In May, the Severna Park, Maryland, native signed an extension with Marquette through the 2023-24 season.

Wojciechowski came to the Golden Eagles after serving as a member of Mike Krzyzweski’s Duke staff from 1999-2014, helping the Blue Devils win two national championships.

Markus Howard, senior guard, 5’11, 180 lbs. No. 0 One cannot talk about Marquette and not mention Howard, who is one of the best players in the country. Following his junior campaign where he averaged 25 points, 3.9 assists and 4.0 rebounds per game, Howard was a Second Team All-American selection and unanimously named the Big East Player of the Year.

Howard has continued his dominance six games into this season, averaging 29.3 points per game. Most recently, the Chandler, Arizona, native has stolen the show at the Orlando Invitational. In his past two games against Davidson and USC, Howard dropped 40 and 51 points, respectively, making him the first player in the history of the Big East with 40-plus point performances in consecutive games.

Howard has the ability to beat defenders off of the dribble or knock down shots from deep — sometimes over one or two defenders at a time.

“We watched the game yesterday — it was probably like eight minutes into the game, he was 5-for-7 for 20 points,” Maryland guard Darryl Morsell said. “I know when he [puts a shot] up, it’s a high percentage that it’s going to go in. So you’re going to have to pick him up early, chase him off of the three-point line and just try to make his night as long as possible.”

Koby McEwen, redshirt junior guard, 6’4, 205 lbs. No. 25 After averaging 14.9 points per game in his freshman season at Utah State, McEwen transferred to Marquette and immediately redshirted for the 2018-19 season.

This year, McEwen has been inserted into the Golden Eagles’ starting lineup and is the team’s second leading scorer with 12.2 points per contest. The Toronto native is also Marquette’s leading rebounder, averaging 5.5 boards per game.

Greg Elliott, redshirt sophomore guard, 6’3, 185 lbs. No. 5 Elliott, who redshirted last season, is one of the first players off of the bench for Marquette this season. He is a solid role player who is coming off of an 11-point performance against USC. He only averages 5.8 points per contest but gives Wojciechowski another playmaker.

Markus Howard. It’s not a regular occurrence for a team to have a single player as its strength, but Marquette is the exception with Howard. The former Big East Player of the Year shattered the tournament’s overall point total, which was previously 77 points set by Monmouth’s Justin Robertson in 2015, with one game remaining. With Howard notching his third career game of 50 or more points against the Trojans, Marquette clearly relies on his ability to score and get the team out of tough positions.

Turnovers. Although the Golden Eagles, who currently average a Big East worst 11.5 assists per game, are not forced to share the ball due to Howard’s presence, they still struggle with ball control.

Marquette turns the ball over an average of 15.7 times per game, which ranks second-worst in its conference, and maintains a conference-worst 0.73 assist-to-turnover ratio.

After the victory against Harvard, Turgeon said he didn’t have his team go zone against the Crimson due to their ability to share the ball. At the time, Harvard was the third-worst passing team in the Ivy League.

But the Terps may go zone on Sunday against the worst passing team in the Big East.

1. Another slow start? Although this may sound repetitive, slow starts have been a common theme with the Terps this season. Luckily for Maryland, the team has put together a few runs to overcome the early deficits.

But against Harvard, Maryland’s slow start nearly gave the team its first loss of the season and a missed opportunity to play in the Orlando Invitational championship. The Terps cannot afford to do that on Sunday against the Golden Eagles, who dropped 57 points in just of the first half of their game against USC.

2. How can Maryland stop Markus Howard? The Terps faced their toughest offensive talent on Friday in Harvard’s Bryce Aiken. Despite throwing a few different defenders at him, Turgeon and Maryland did not appear to have many answers for the 6’0 guard, who finished with a game-high 30 points.

The Terps will face a tougher offensive talent in Howard, who some recognize as the most explosive scorer in college basketball. Similar to Aiken, Howard is not afraid to shoot from deep, shooting 49.1 percent from beyond the arc.

“This kid is pretty special, right now with what he’s doing,” Turgeon said. “We’ve seen it. [Aiken] yesterday was terrific. He gave us 30 [points]. … [Howard] is going to get his points. Hopefully he’s making some tough shots. … Our team is familiar with guys like him.”

3. What would a win do for this team? High expectations have been placed on this team ever since the Terps were slotted as the No. 7 team in the preseason AP Poll. If the team wins on Sunday, it will show it deserves its ranking, and it’ll also be the first time Maryland has started 8-0 under Turgeon.

With a stretch of Notre Dame, Illinois, Penn State and Seton Hall coming up, a win against Marquette and one of the best players in basketball could serve as a confidence booster for the team going forward.

Vegas: N/A (as of Saturday afternoon)