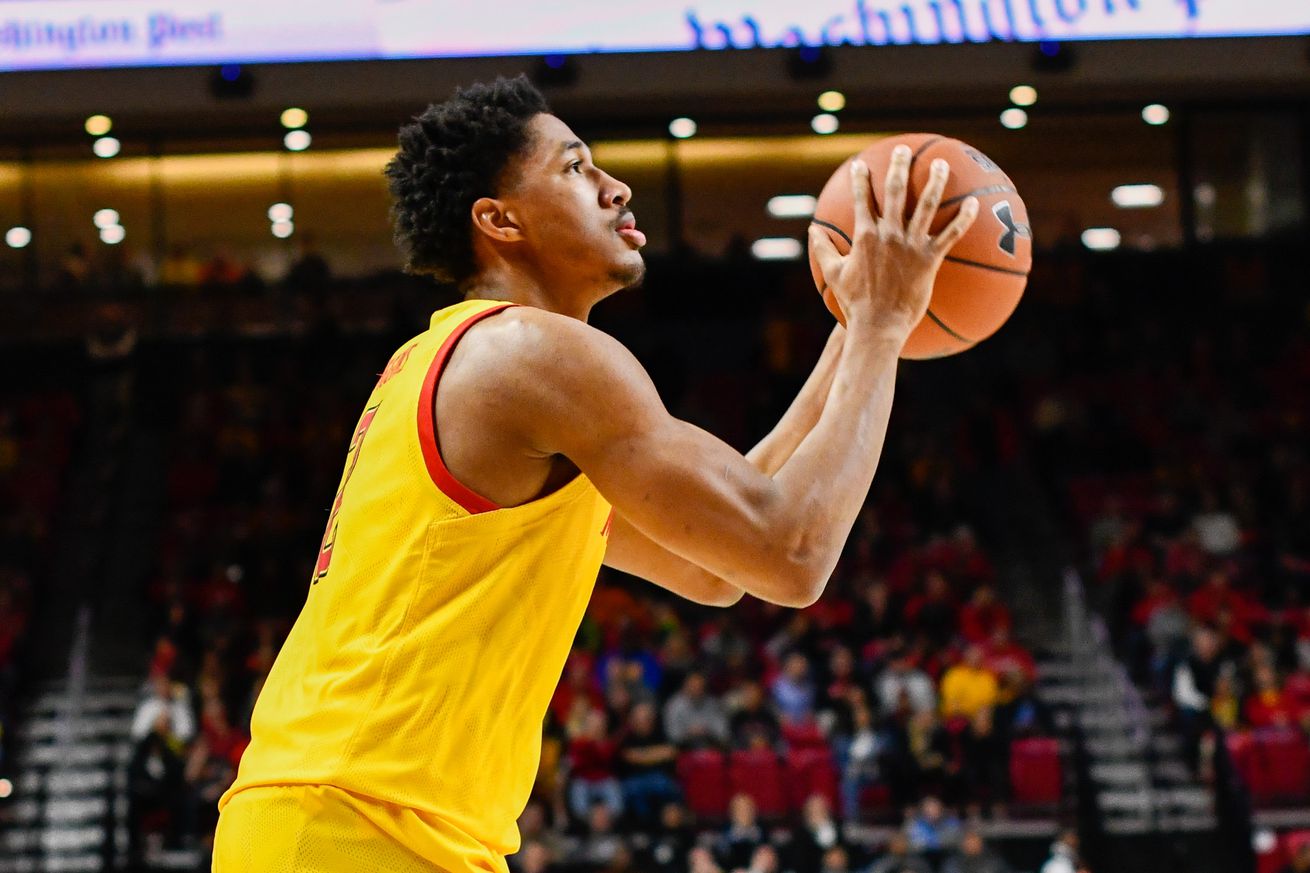 The Terps are back in action — and back on the road — against an injury-riddled Seton Hall team.

Following a long break after its first loss of the season at the hands of Penn State, No. 7 Maryland men’s basketball is back in action Thursday night.

The Terps will head back on the road, traveling north to take on Seton Hall of the Big East, who will serve as the penultimate nonconference opponent for Mark Turgeon’s team.

While the Pirates seemed to be a top-notch opponent on the slate in the early stages of the season, they’re becoming a less formidable foe by the game. In its last two contests (which were losses), Seton Hall has lost its two leading scorers in Myles Powell (concussion) and Sandro Mamukelashvili (broken wrist), both of whom will not suit up against Maryland.

Tipoff is scheduled for 7 p.m. ET, and the game can be watched on Fox Sports 1.

Head coach Kevin Willard is in his 10th season with the Pirates and he’s reached four straight NCAA Tournaments after an eight-year dry spell. Despite a relatively lean 2018-19, a strong finish to the year was enough to propel the program to another March Madness berth. Before Seton Hall, Willard served as head coach at Iona prior to serving as an assistant under Rick Pitino at Louisville.

Quincy McKnight, senior guard, 6’4, 185 lbs, No. 0. With Powell down with a concussion, Thursday’s game will be about who steps up in the leading scorer’s absence. From a leadership standpoint, that could be McKnight, who is one of just two other seniors in the main rotation.

McKnight’s collegiate career started at Sacred Heart, where he spent two seasons before transferring to Seton Hall. He was forced to sit out the 2017-18 season due to NCAA regulations, but once he was able to play for the Pirates, he shined. McKnight started 33 of 34 games last year, and this season, he’s building on that success. In 10 games thus far, he is averaging 9.6 points, 2.5 rebounds and 3.9 assists, the last of which leads the team.

Jared Rhoden, sophomore guard/forward, 6’6, 210 lbs, No. 14. Rhoden was reserved to a bench role as a freshman, averaging 3.4 points per game across 13.1 minutes of action. And while he’s still playing with the second unit in his second season, Rhoden has been Seton Hall’s sixth man. In 10 games — one start — so far, he is averaging 22.3 minutes and 7.4 points. He’s also grabbing 5.5 rebounds per outing, which is currently a team-high.

Myles Cale, junior guard/forward, 6’6, 210 lbs, No. 22. Cale is in his second season as a full-time starter, and with Powell down for the time being, he might have to step up as the No. 1 scoring option for the Pirates. He averaged 10.2 points per game last year on 41.1 percent shooting (37.8 percent from three). And while his scoring average has dipped so far this year, he’s still been efficient, averaging 6.8 points on 41 percent shooting from the floor, along with 4.3 rebounds per game.

Balance. Whatever one unit does for Seton Hall, the other joins in at a commensurate rate. The Pirates rank sixth in the Big East in shooting at 44.6 percent from the field, and they also rank sixth on defense, limiting opponents to just 40.1 percent. The same goes for scoring offense and defense and three-point shooting. And per KenPom, Seton Hall ranks 33rd in the country in offensive efficiency. The Pirates rank 32nd in defensive efficiency.

Injuries. This comes as no surprise, as Powell’s absence is the biggest storyline for this matchup. But the Pirates are also missing Mamukelashvili, who was the second leading scorer before his fractured wrist. With the two missing Thursday’s game, Seton Hall will be missing 41.7 percent of its per-game scoring while also having to replace 53.1 minutes and 9.1 rebounds.

“[Sandro] was a terrific player, but they’ve had a couple weeks now to practice without him. So I looked at their lineup and watched film, they still have a lot of really good players,” Turgeon said Tuesday. “We’re expecting Myles to play until they say different. We’ll see, but we’ll prepare like he’s playing.”

1. How does Maryland rebound from Penn State? Following its first defeat of the season — a 76-69 loss to the Nittany Lions — the Terps have had a long layoff before getting ready to face the Pirates. For Turgeon and the team, it was a chance to reset and refocus, getting a reality check at the Bryce Jordan Center. With Seton Hall down its two best players, Maryland shouldn’t have much issue on Thursday night. However, it has struggled to get going against inferior competition earlier in the season.

With plenty of time in between games, Turgeon sat down with each player individually in hopes of refocusing the team.

“It’s big in terms of all the things we’ve done early on in the season, whether it’s good or bad,” Eric Ayala said. “Just keeping it positive and just going out and giving a winning effort. I think that’s coach’s mindset in terms of everybody just having a winning mentality. You know, just everybody being selfless.”

2. Who steps up for Seton Hall in the face of injuries? As mentioned above, Seton Hall is down its two leading offensive weapons in Powell and Mamukelashvili, who were the only two double-digit scorers through 10 games. Now, the onus is on the remaining Pirates to attempt to fill the shoes of arguably the team’s best players. McKnight will likely serve as a veteran leader on the court, but Rhoden and/or Cale may be relied upon as a top scoring option.

3. Can Maryland’s offense get back on track? Despite having one of its better three-point shooting performances of the season against Penn State, the Terps still had an abysmal offensive showing.

Maryland shot just 32.4 percent on two-point baskets — down from their season average of 50.6. Some of that was due to the Nittany Lions defense — it had 10 blocks on the night — but a lot of the team’s struggles were due to poor shot selection and forcing the issue late. If the Terps can get back to sharing the basketball effectively, they should have a better shooting performance against the Pirates.