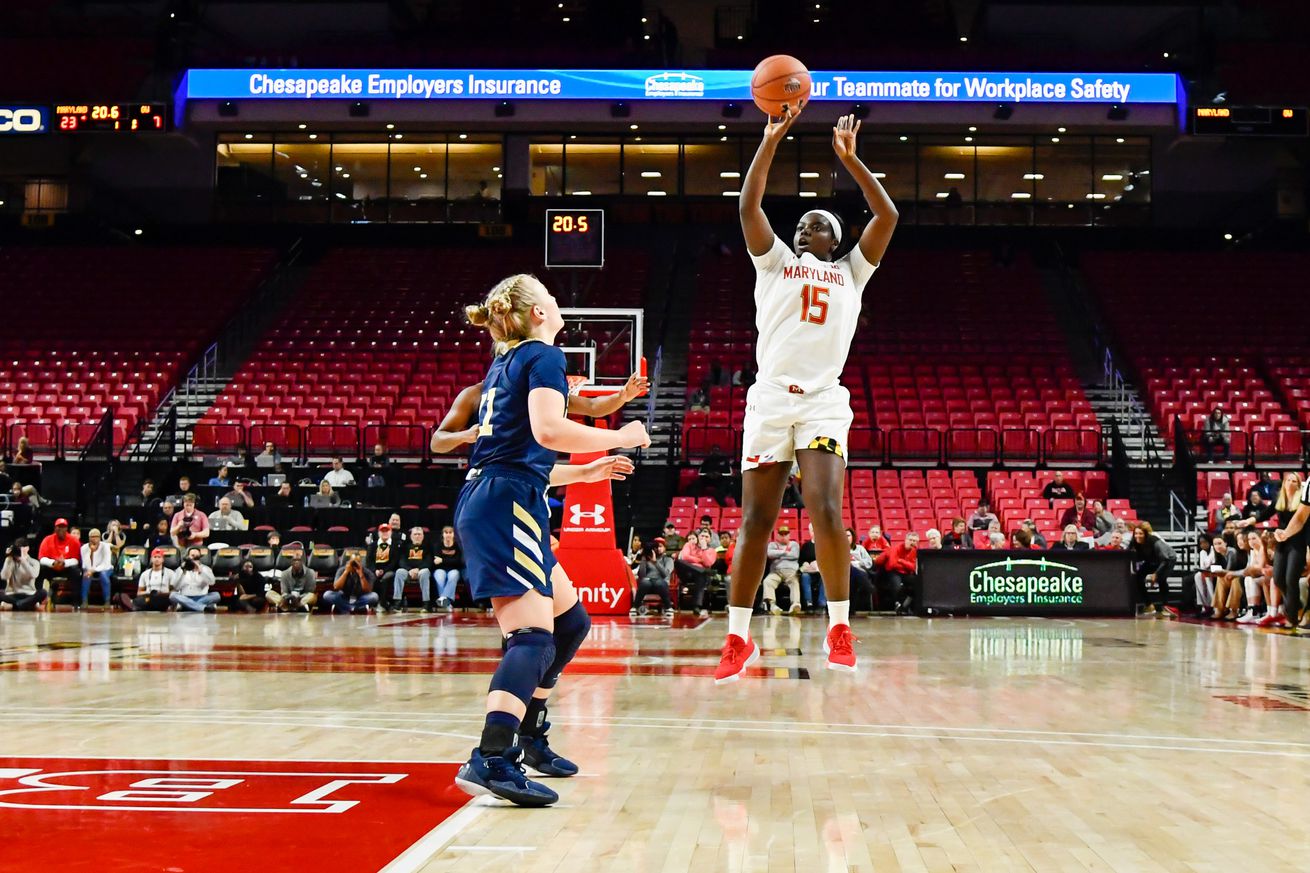 The Terps return to College Park following their second loss of the season.

Coming off just its second loss of the season, No. 9 Maryland women’s basketball returns to College Park to host Loyola (Md.) on Sunday afternoon.

The Terps spent their last three contests on the road, winning convincingly in both of their matchups in the Daytona Invitational before falling to No. 13 NC State on Thursday, snapping their six-game winning streak. They now return to the Xfinity Center with a chance to get themselves back on track, touting a 4-1 record on their home floor this season.

Maryland has dominated the all-time series against the Greyhounds, winning 25 of its 28 contests against its in-state foe. It hasn’t been particularly close in recent years either, as the Terps won each of their last two against Loyola by a combined margin of 104 points.

Head coach Joe Logan enters his 15th season courtside for the Greyhounds, winning more games than any other head coach in the program’s history. With prior experience in both the NBA and WNBA, Logan has accumulated 177 wins and three conference championship game appearances with the Greyhounds, but has yet to take them to the NCAA Tournament.

Senior forward Stephanie Karcz (No. 10) paces the Greyhounds in scoring this season, averaging 11.9 points per game on 37.3 percent shooting from the field. She’s twice been named to All-Patriot League teams, making first team in 2017-18 and third team in 2018-19, and has been on the Patriot League All-Defensive team in each year since joining the team.

Forcing turnovers. Like the Terps, the Greyhounds have excelled at forcing their opponents into turnovers. They force an average of 20.5 turnovers per game, including 24 their last time out against Mount St. Mary’s, and will certainly put Maryland’s offensive discipline to the test.

Scoring defense. Though Loyola forces a lot of turnovers, it also surrenders a lot of points. The Greyhounds have allowed an average of 71.3 points per game, ranking 297th in Division I in scoring defense and dead last in the Patriot League.

1. Can the Terps get themselves right? After failing to get it done in its second ranked matchup of the season against No. 13 NC State, Sunday’s game against Loyola should offer an opportunity for Maryland to correct a lot of the errors that plagued them on both ends of the floor. The Terps had one of their worst field goal shooting performances of the season last Thursday, but should be able to find a rhythm offensively against a defensively porous Loyola team.

“Sometimes [shots] are gonna go in and sometimes they’re not, its just the game of basketball,” sophomore guard Taylor Mikesell said. “The biggest thing is just finding ways to impact the game in other ways … but just knowing that shots will fall eventually. It’s just a matter of time.”

2. Will Ashley Owusu get back in her groove? Part of the reason why Maryland struggled as much as it did offensively its last time out was due to the rough outing from its leading scorer. Owusu was held to just 10 points on 4-for-11 shooting and nearly committed more turnovers (7) in that single game than she had all season prior to that point (8). Look for Owusu to try to get going quick.

“I think its actually to be expected, when you talk about your first true road game and a team the caliber of NC State,” Frese said of Owusu’s struggles. “You kinda expect those highs and lows … I think it’s normal. I think in those situations your vets kinda have to be the ones to really help ride you through those waves as our freshman group is gaining experience.”

3. Can Maryland win on the glass? The Terps have yet to reach their potential as a potent rebounding team this season, failing to win the rebounding battle in a majority of their games in 2019. Loyola has a rebounding margin of -3.4 and doesn’t have a player taller than 6’1, presenting a tantalizing opportunity for Maryland to finally take control on the boards.