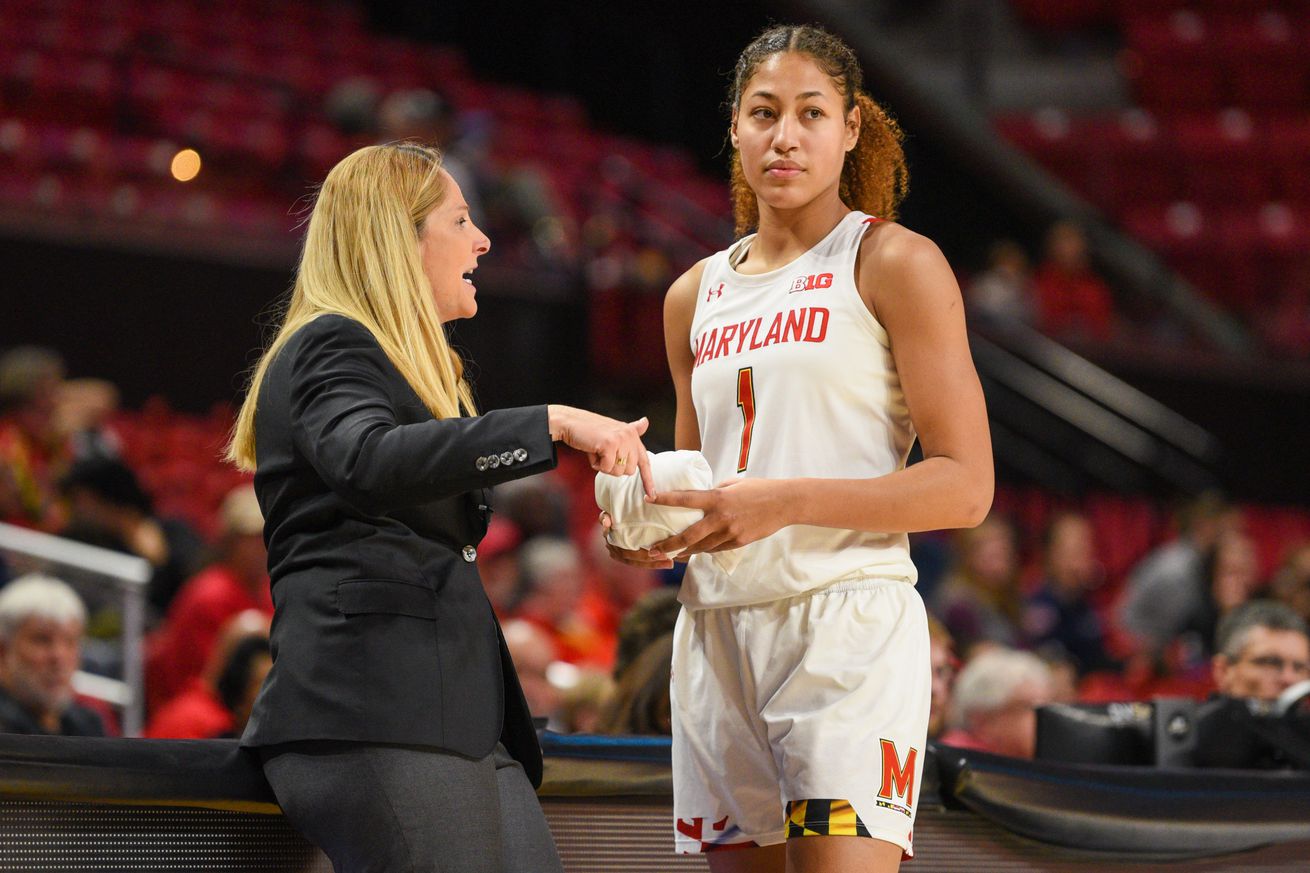 The Terps play their third straight at Xfinity Center before they’re off to Daytona, Florida.

After defeating their previous two opponents by over 30 points, No. 9 Maryland women’s basketball (4-1) welcomes Quinnipiac to Xfinity Center this Sunday.

The Terps and Bobcats have met just once in each program’s history, doing so in back in 2013, in which the two teams met in the first round of the NCAA Tournament. Head coach Brenda Frese and the Terps dominated their opposition the last time out, with former Terp and current Connecticut Sun forward Alyssa Thomas tallying 29 points en route to a 72-52 victory.

“Quinnipiac’s a great team, we have a lot of respect for their history and their tradition,” Brenda Frese said. “They’ll be ready to play. They’ve had a week off to prepare for us so just understanding that it’s gonna take a 40 minute game for us, not a 20 minute game.”

Head coach Tricia Fabbri enters her 25th season on the sideline for the Bobcats this year, with her 434 wins making her the winningest coach in program history. With a combined record of 54-13 and 36-0 in conference play over the previous two seasons, Fabbri has grown Quinnipiac into the powerhouse program of the MAAC, though she has yet to advance past the Sweet Sixteen over her head coaching career.

Senior forward Paige Warfel (No. 20) has risen to the position of the team’s go-to scorer in 2019-20 w after the Bobcats lost their top-six leading scorers from a season ago to graduation. Now the leader of the pack, Warfel has averaged 30 minutes and 12.3 points per game over Quinnipiac’s first three contests.

Junior guard Shaq Edwards (No. 5) joins Warfel in Fabbri’s effort to replace the scoring lost from last season, transferring from LaSalle and immediately stepping into a major role for the Bobcats in 2019. Averaging 26.7 minutes per game in her first season with the team, Edwards has averaged 11.3 points per game while connecting on 42.9 percent of her three point attempts.

Freshman forward/ Cat Almeida (No. 11) has played sparingly so far in her in her first year with Quinnipiac, but her size could spell a larger role on Sunday. At 6’5, Almeida matches Terp forward Shakira Austin in height and could play a role in slowing down the sophomore that’s been dominant on both ends of the floor in 2019.

Free throw percentage. Though not a team that gets to the line incredibly often, the Bobcats have done a solid job this season at taking advantage of their opportunities from the charity stripe. Of its 60 attempts from the the free throw line in 2019, Quinnipiac has connected on 45 of them, putting it at 75 percent from there on the year. With Warfel leading the effort at 81.3 percent, the Bobcats are a team that can make you pay with undisciplined defense at the rim.

Turnovers. Much like some of their previous opponents, the Terps will be faced with another team that struggles to take care of the ball at times. The ‘Cats have turned it over 16, 18, and 15 times in each of their first three games of the season, good for 16.3 per game with a -3.6 turnover margin. Expect Maryland to, as it has in each of its last two, trap aggressively both in the full and half-court.

1. Can Taylor Mikesell keep it going? The sophomore guard has been on a tear as of late, putting together 23 and 19 point performances in each of Maryland’s last two games, while shooting 10-for-17 from beyond the arc. Having tied her career-high in three pointers made in a single game in both of those contests, Mikesell could further cement herself as one of the top shooters in the land with another strong performance on Sunday.

2. Will the Terps maintain their defensive intensity? Having forced 65 turnovers in their last three games, Maryland appears to have developed an identity as the kind of team that forces opposing teams into breaking down offensively. The Terps have generated 71 points off of turnovers over that span, and they should continue to add to that total facing a turnover-happy team in Quinnipiac.

“Each day we come into practice, we wanna get better on the defensive end because that builds our momentum for our offense,” senior forward Stephanie Jones said. “It’s something that we’ve really have locked in on, and we really take pride in our defense, so we just wanna get better with that every time we step on the court.”

3. Can Kaila Charles get going? Though the senior guard owned all the preseason headlines coming into the season, Charles has struggled to find her stride through the early part of 2019. She’s still averaging double-digits in points with 11.4 points per game, but has shot just 43.1 percent from the field this season, compared to her 17 points per game and 48.6 percent field goal percentage marks from a season ago.

Charles is the type of player that typically figures things out as the season goes along, so it’s still too early to be concerned with her play. But as the level of competition begins to pick up, she’ll need to play a more significant role in games.

“We’re just playing unselfish, we’re not necessarily focused on one person,” Mikesell said. “She’s still been a leader for us, so even when she’s not necessarily making shots, she’s still impacting the game in other ways. So you can definitely feel her presence and there will be a big game coming for her on Sunday.”