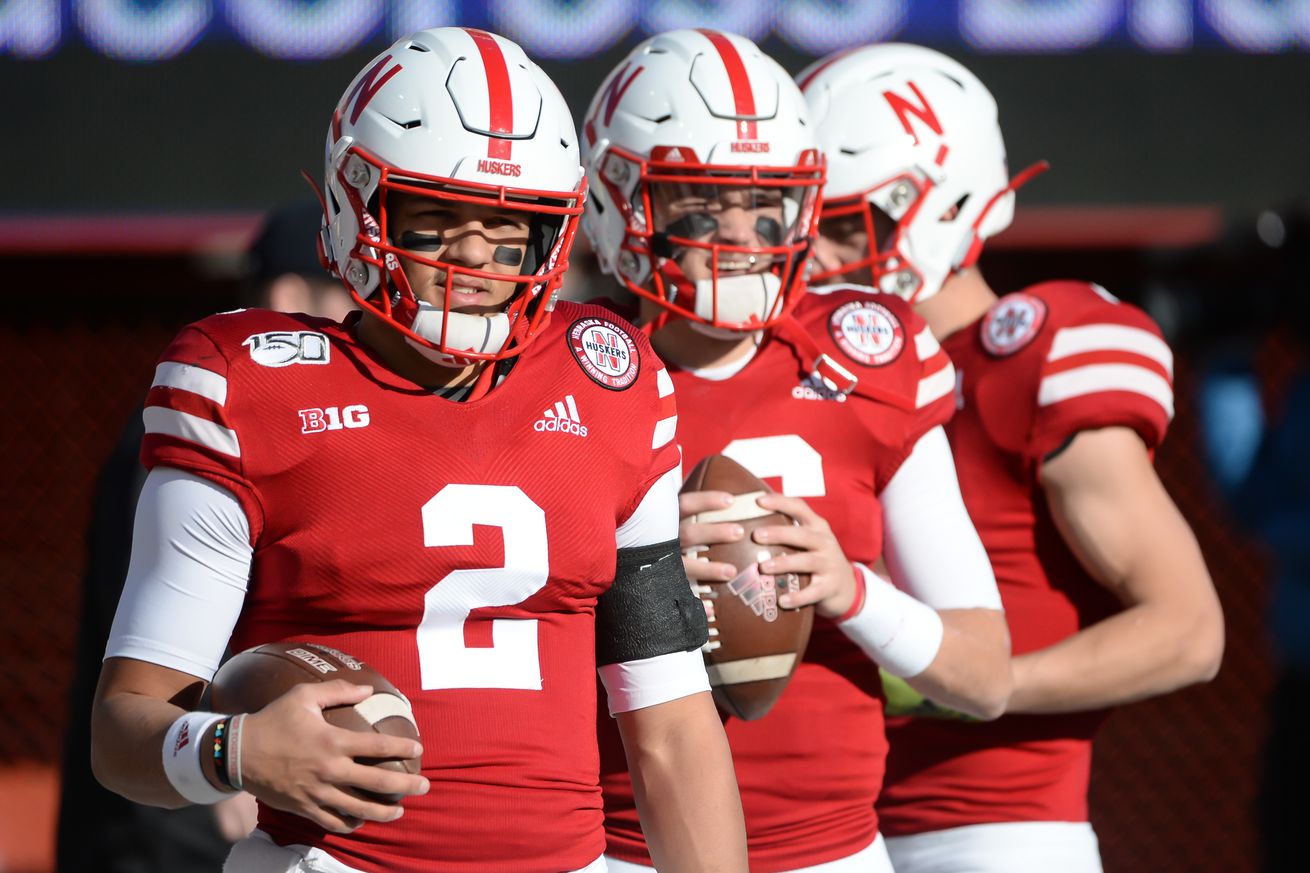 The Cornhuskers come in sliding similarly to the Terps, though they still have a shot at a bowl game.

After a much-needed bye week, Maryland football is back and hosting Big Ten West opponent Nebraska as it looks to find a positive note to end the season on.

The Cornhuskers started the season off 4-2, but have lost their last four matchups and would have to win both of their final two games to reach bowl eligibility in 2019.

Head coach Scott Frost is in his second season in Lincoln, and is still fighting to implement the success he reached at UCF to revive Nebraska to the powerhouse it once was.

Here are some things to watch for against Nebraska.

During his true freshman campaign in 2018, Martinez threw for 2617 yards, 17 touchdowns and eight interceptions as the Huskers battled back from an 0-6 start to finish 4-8.

In 2019, however, Martinez has struggled with consistency and injury, setting his numbers back a ways from where they were last season. Through 10 games, Martinez has completed 59 percent of his passes for 1712 yards, eight touchdowns and seven interceptions.

Nebraska runs an offense off of the run, pass option, which relies on key decision-making by the quarterback to be successful. Martinez, as seen against Illinois above, has the ability to read through his progressions and get the ball to his playmakers in space.

When things go awry, however, Martinez sometimes gets easily flustered and makes mistakes. Against Ohio State, Martinez threw three of his seven interceptions, all of which came in the first half.

Martinez is someone who can change the game with his feet as well as his arm, as he has accounted for 488 rushing yards and six touchdowns on the ground so far in 2019. His runs come from a mix of scrambles, option and designed runs — also with a blend of speed rushes to the outside and power rushes up the middle with his 6’2, 225-pound frame.

Dedrick Mills and JD Spielman are the playmakers

Nebraska is a team that runs a balanced offense between the pass and run, but has been able to make the biggest difference when keeping the ball on the ground. The Huskers average 195 yards on the ground and 222.5 yards in the air per game, but have tallied 22 rushing touchdowns and just nine scores through the air.

Running back Dedrick Mills is easily the biggest playmaker on the ground apart from Martinez. Mills transferred to Nebraska after spending time at Georgia Tech and Garden City CC, and he has tallied 586 yards and nine touchdowns on 107 carries so far in 2019. At 5’11, 220 pounds, Mills offers blazing speed through rushing lanes, but also a bit of power as well.

Junior wide receiver JD Spielman is a Swiss army knife-type weapon for Nebraska, having a hand in catching, rushing and passing the football. Spielman has rushed for 31 yards and completed a 22-yard pass, but has had his greatest impact in the air with six games of at least 70 yard receiving — including three games of over 100 yards.

Outside of Mills and Spielman, Nebraska has a host of players that can make a difference on the field, as three other players have rushed for over 100 yards and four players have at least 100 yards receiving.

Nebraska is a program that is known for its ability to play tough, hard-nosed football on defense — coining the term “Blackshirts” for its first-string unit.

Though the team has struggled to play up to its roots, the Huskers still embody some key features, starting with a strong defensive line. In its scheme, the nose guard will routinely line up over the center, while two defensive tackles take either the guard or tackle positions to fill the running lanes.

Even with the scheme and strength to make an impact, Nebraska allows an average of 188 yards on the ground per game, and has been susceptible to big performances by top talents. Wisconsin’s Jonathan Taylor was able to tally 204 yards and two touchdowns last weekend.

Nebraska has also been able to generate pressure in its pass defense by tallying 21 sacks, 18 quarterback hurries and 10 interceptions on the season.

Here against Purdue, Nebraska showed fake pressure and dropped back all but four rushers, forcing quarterback Jack Plummer to make a rash decision. Defensive back Lamar Jackson was able to slow down and get under the receiver and ultimately come up with the interception off of the perfectly-designed coverage.

Nebraska is a team that — like Maryland — has talent on both sides of the ball, but has also struggled to play up to its talent level on a consistent basis.

The Maryland defense can play its part by minimizing the big play and forcing Adrian Martinez to beat them with his arm. Keeping Nebraska out of the redzone will help limit the damage its rushing offense can do, and the Terps showed against Indiana that they can battle with their back against the wall.

On offense, the run game will likely make or break the Terps. If the line can open up enough gaps for Anthony McFarland Jr. and Javon Leake, it could be a long day for the Huskers secondary trying to stop big plays from being big scores.