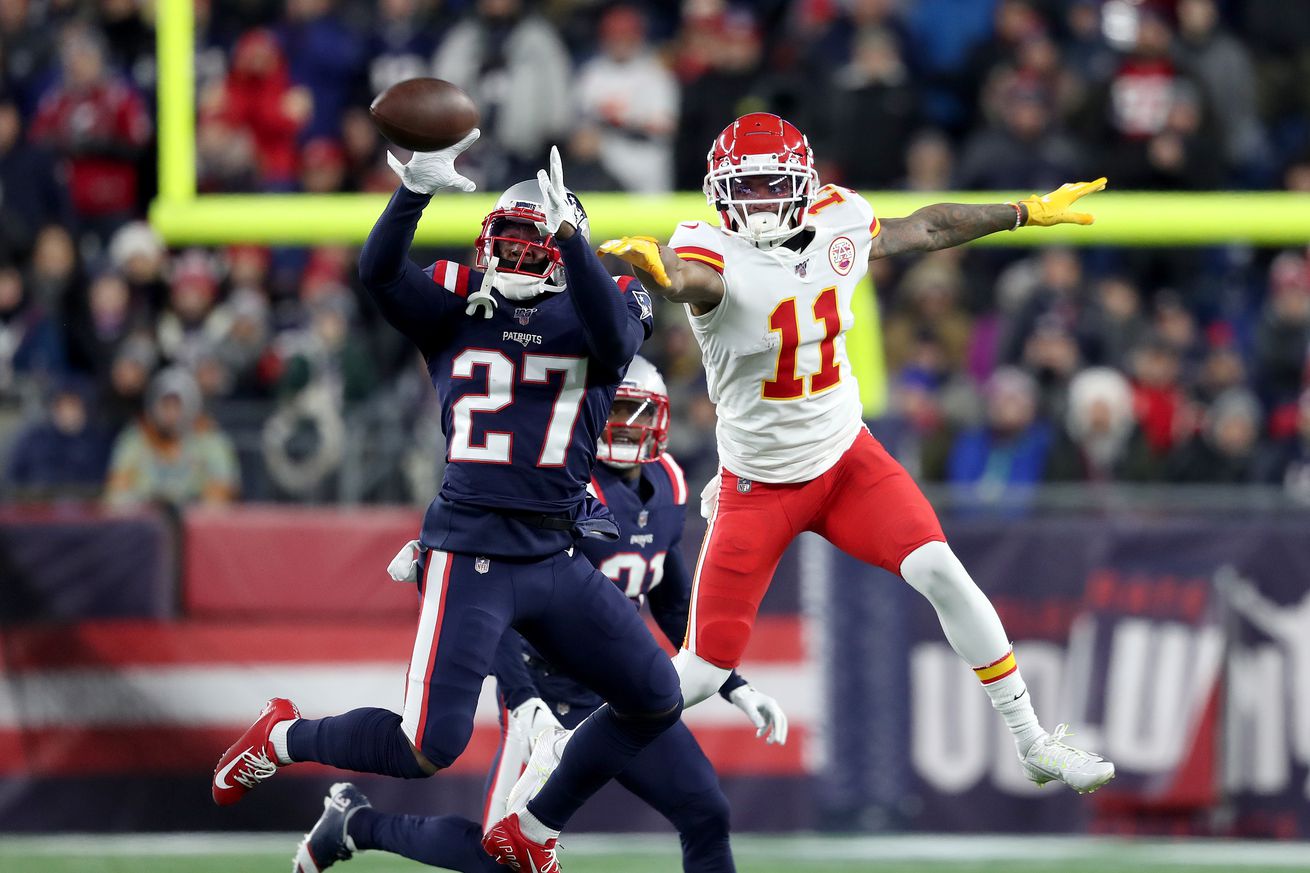 Here’s how former Terps performed in the Week 14 of the NFL season.

JC Jackson made his presence felt once again for the Patriots defense, even as they lost their second game in a row and fell to 10-3.

The Patriots lost 23-16 to the Chiefs Sunday, but Jackson put up a stellar line with one interception, two tackles and a pass deflected.

Although they lost, the Patriots put up a strong performance against the Chiefs explosive offense, led by 2018 NFL MVP Patrick Mahomes.

Jackson was graded as the best defensive player for the Patriots against the Chiefs, earning a grade of 90.2, according to Patriots beat reporter Evan Lazar. Three passes were thrown Jackson’s way on the day and only two were completed for just 19 yards.

The former Terp now has three interceptions on the season and has really developed into one of the more underrated pieces on the Patriots vaunted defensive unit.

DJ Moore didn’t quite live up to the performances that he has put up over the past few weeks, but he had another solid game as the Panthers lost to the Falcons 40-20. Moore recorded four catches for 81 yards on six targets.

His best play came on a 39 yard reception late in the second quarter, where he made an incredible one handed grab in tight coverage. The former Terp ranks fourth in the NFL in terms of receiving yards with 1061 (13.6 YPR), and he crossed the 1000-yard mark for the first time in his career during this game.

DJ Moore continues to impress each week. Man, that is such a tough catch. pic.twitter.com/Lm6FfnvFma

Stefon Diggs got back on track with a solid performance in the Vikings 20-7 win over the Lions. Diggs recorded six catches for 92 yards on nine targets. He made some incredible catches throughout the game, including this one.

This is an insane rep for Stefon Diggs and Darius Slay, impressive for both players.

Other Terps in Action