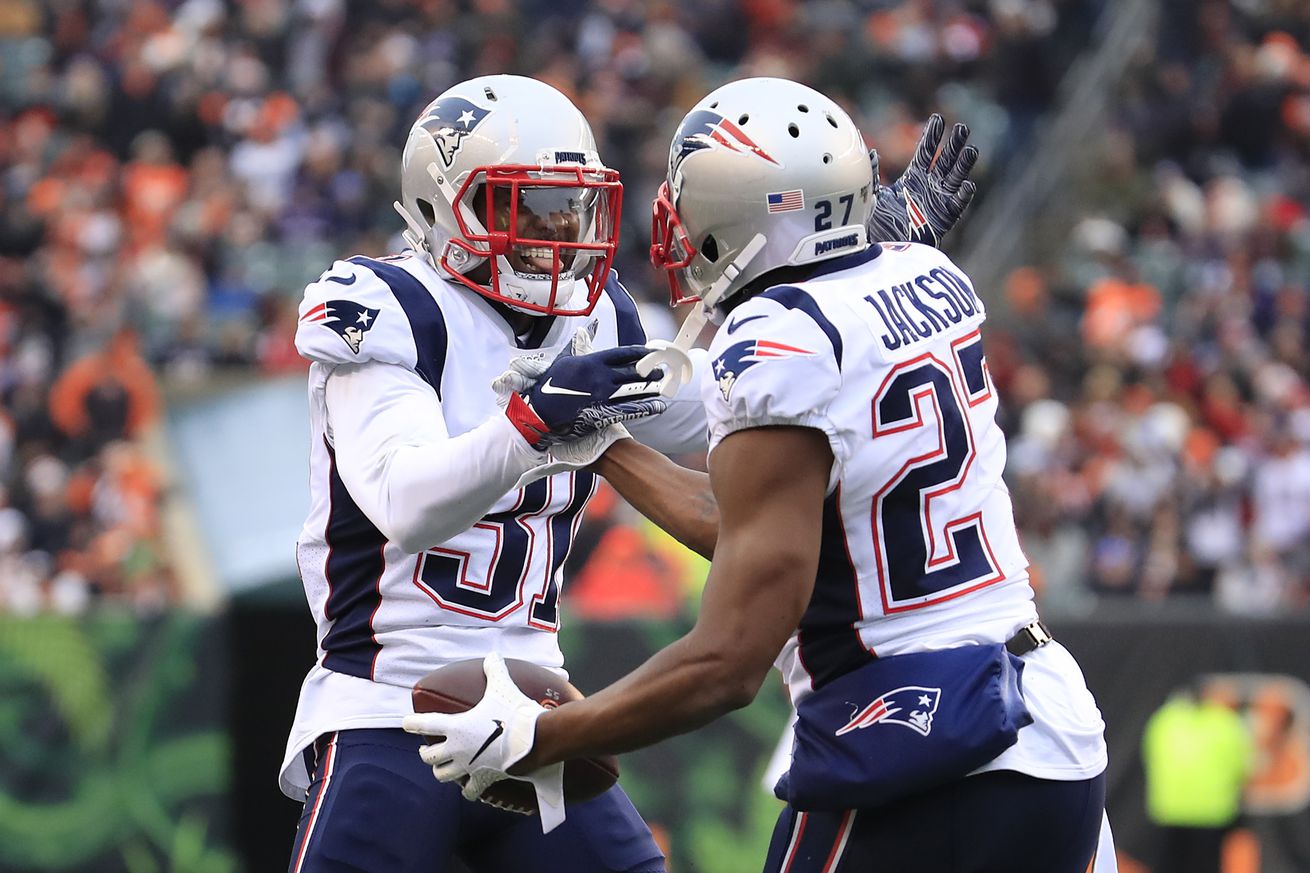 Here’s how former Terps performed in Week 15 of the NFL season.

JC Jackson continued to take his game to the next level in the Patriots 34-13 win over the Bengals this past Sunday.

JC Jackson continued to assert himself as one of the best young cornerbacks in the league today with a 2 INT performance in the Patriots win over the Bengals #HeATerp pic.twitter.com/hE0Niu2kxF

Jackson ended the day having only let up four catches for 29 yards. He received some nice praise from his teammates, including Stephon Gilmore.

“He has the best ball skills I’ve seen, and I’ve seen a lot of corners,” Gilmore told reporters after Sunday’s win. “He plays the ball as good as anybody.”

Here was his second pick of the game. pic.twitter.com/QzwzDKJLGL

The Patriots defense has been dominant all season long, and Jackson has been a big reason for their success. The former undrafted free agent in 2018 has now developed into one of the best young cornerbacks in the league and one of the most underrated players in the NFL, currently tied for third in interceptions with five on the season.

During the Raiders’ final game in Oakland against the Jacksonville Jaguars, Yannick Ngakoue had an all-around dominant performance en route to a 20-16 win. Ngakoue recorded two sacks, four tackles for loss, one pass deflected and five total tackles during the game.

That is now the 9th career multi-sack game for @YannickNgakoue

He is tied for the most in franchise history and tied for the 4th-most in the NFL since 2017. pic.twitter.com/RoEmXiwnOV

While Ngakoue’s future in Jacksonville may be up in the air with his contract up at the end of the season, one thing that is certain is that he’s one of the best pass rushers in the league and will be heavily sought after.

DJ Moore continued to light the NFL on fire with another strong showing in the Panthers 30-24 loss to the Seahawks. He recorded eight catches for 113 yards on 12 targets, while also adding one rush for 10 yards.

Moore jumped to third in the NFL in receiving yards with 1,174, and he has a chance to finish second in the league now with the recent injury to Chris Godwin, who is currently second with 1,333. Moore may have an uphill battle though as Kyle Allen will no longer be the starter in Carolina, and rookie Will Grier reportedly taking over.

Stefon Diggs had another nice game in the Vikings 39-10 rout of the Chargers. He recorded four catches for 76 yards on six targets. His longest catch of the day was a 46-yard reception.

Diggs also passed the 1,000-yard mark for the second straight season and the second time in his career. Diggs currently ranks ninth in the NFL in terms of receiving yards with 1,073, after shaking off a really slow start to his 2019 campaign.

He also continued to dominate the cleat game in the NFL.

Other Terps in Action