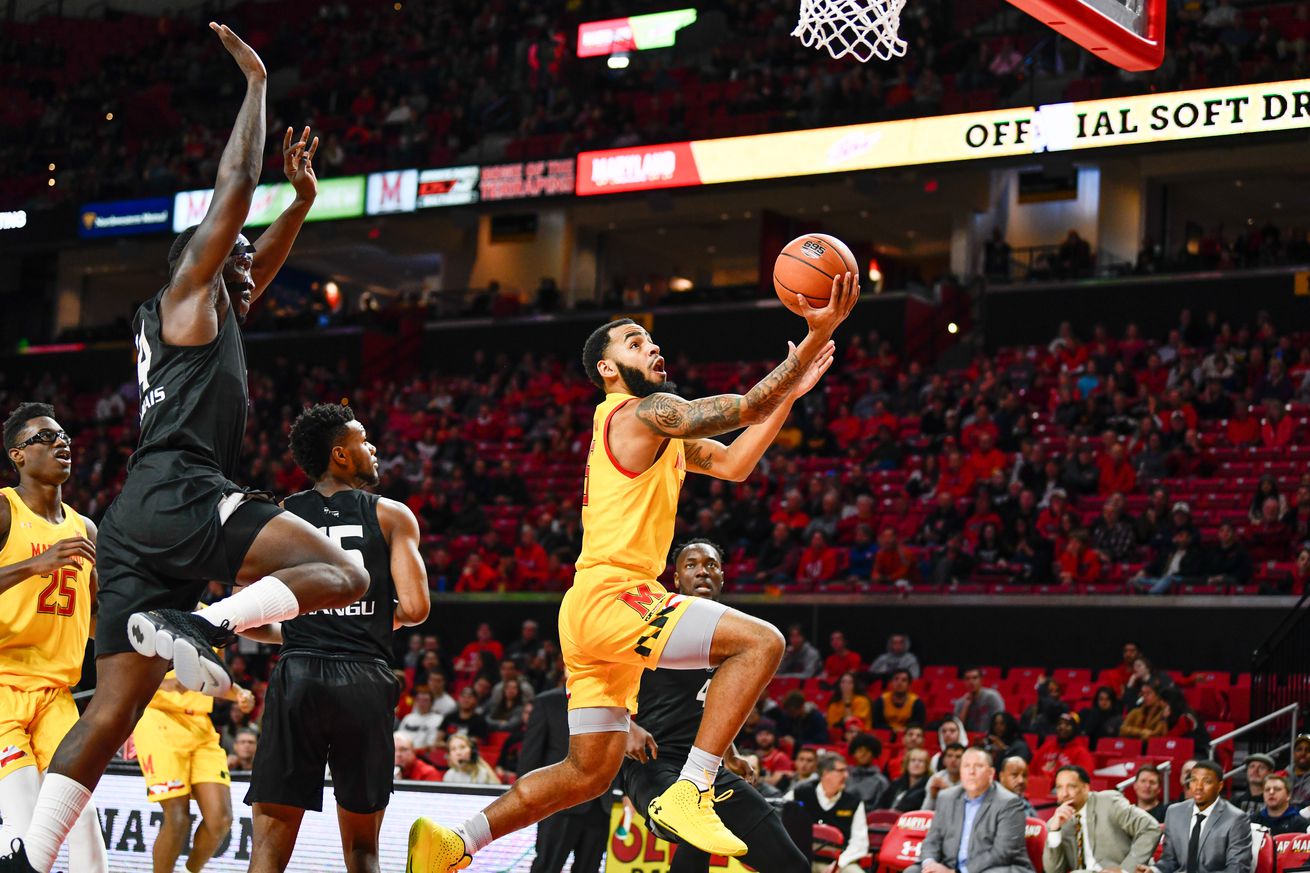 We take to the film room to examine key plays that led to the Terps’ 80-50 win over the Golden Grizzlies.

Welcome to the second edition of the TT Court Vision, where we’ll break down some of the best, worst and maybe even some laughable plays from Maryland basketball’s games. On Saturday, the No. 7 Terps blew out an inferior mid-major opponent, Oakland, and did so in convincing fashion.

Maryland executed well throughout the game after starting the game a bit slow. The Terps shot the ball very well, going a season high 52.6 percent from the field, and also looked very strong on defense, using a full court trap and different zone set ups at certain points.

It was a balanced effort from the Terps , especially because the game was out of hand so early and coach Mark Turgeon emptied the bench. However, junior guard Darryl Morsell had a particularly strong day for the Terp, providing the spark that the team needed after its slow start.

Here are some of the best plays from the win.

Darryl Morsell was the glue guy the Terps needed

As part of the Terps big run to close the first half out, Morsell took it strong to the hoop and converted a lay-up in the presence of heavy defense.

Morsell has always been great at getting to the rim, but throughout his career with the Terps, he has become a much better finisher at that spot. He demonstrates that strong finishing ability here.

On this play, the Terps turn great defense into points on the other end converted by Morsell. Maryland was strong all game defensively, and here, Morsell is the beneficiary of that, converting the contested layup on a fast break.

Morsell also showed his much improved shooting from beyond the arc in the matchup, which he put an emphasis over the offseason. On this play, Eric Ayala throws Morsell the always dangerous cross court pass, but it works as he is able to catch it and convert the three ball.

The junior ended the day making both of his shots from deep. While he has never been known for his shooting, it’s nice to see Morsell with the confidence to air it out and convert in the process.

The guard out of Baltimore has often been dubbed as the Terps “glue guy,” and he was exactly that Saturday. Morsell can truly do a little bit of everything on the floor and he showed it against Oakland.

Ayala didn’t have his greatest performance on offense, missing all three of his attempts from deep, but he is one of the most skilled players on the team and is always showing off with nice drives to the basket.

On this play, Ayala gets the ball in transition and executes a picture perfect euro step to convert the lay up. The sophomore guard recognized early that the Oakland defender would be looking to take the charge, so he decided to beat him with the beautifully executed move.

Ayala was second behind Anthony Cowan Jr. for the team lead in assists Saturday, recording five total. The Delaware native is one of the best passers on the team and proves it with this play.

Ayala drives to the hoop here and realizes pretty early that the help defense was coming and he wouldn’t be able to get to the hoop. The guard is looking up the entire drive and finds Ricky Lindo Jr., who makes a very nice cut to the basket for the easy bucket.

Cowan has yet to have a breakout game through the young season, but was extremely solid in the win over Oakland. He recorded 11 points on 3-for-6 shooting from the field and hit two three-pointers.

After a big block by Jalen Smith, Cowan recovers from a near turnover to find the sophomore for a big alley-oop. Cowan led the team with seven assists, and with such a good supporting cast around him, the point guard should continue to have many high assist games.

One of the many fun aspects of a blowout performance against a mid-major opponent is the emptying of the bench. The “South Pole” players grind day in and day out just like the starters and key players on the team, so it’s always nice to see them get to contribute.

Here, freshman Hakim Hart finds junior Reese Mona for the three point shot. Mona only played six minutes, but made the most of them by scoring five points on 2-for-2 shooting.