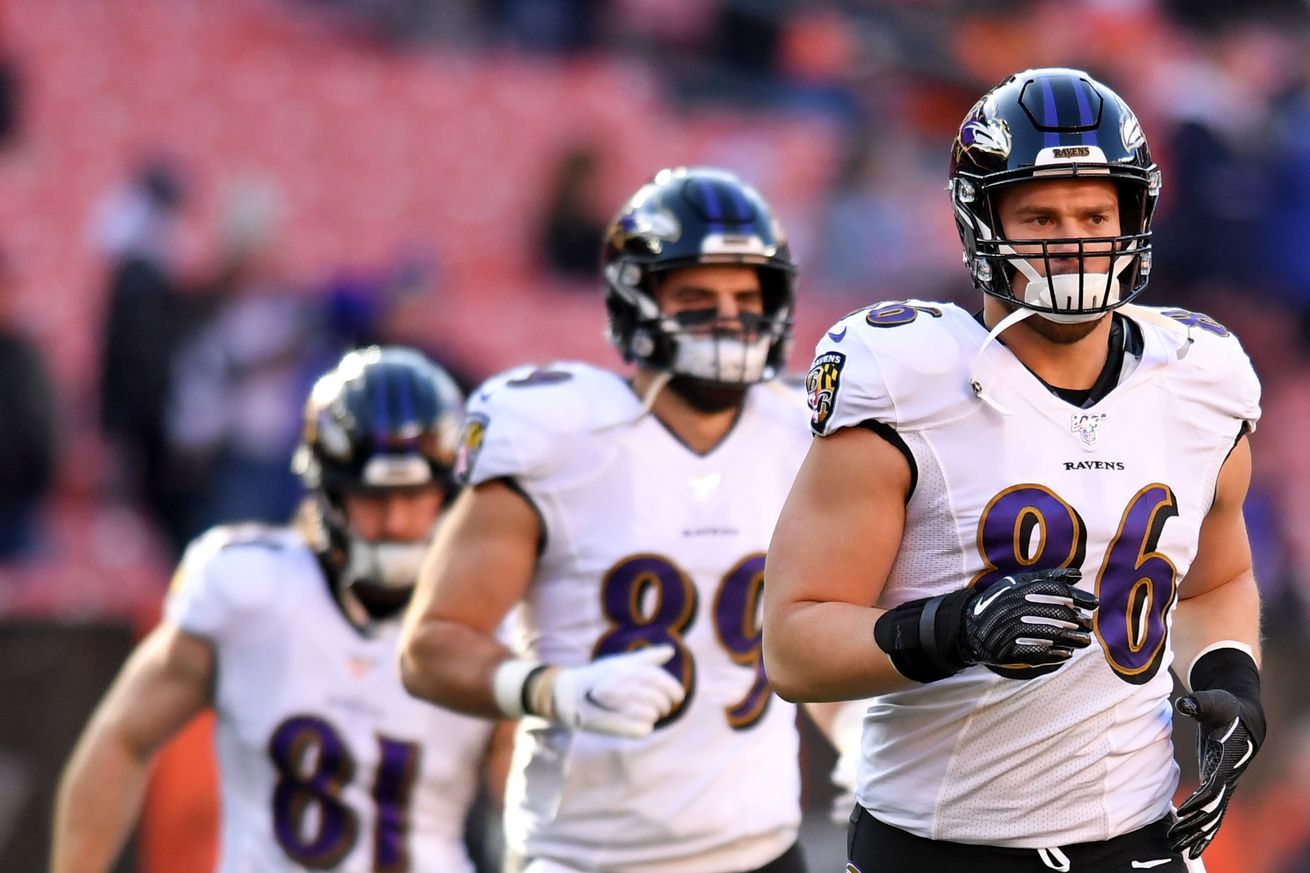 The Ravens can now put a group of 11 players on the field that includes all homegrown talent and averages 23 years old.

“I don’t think it’s necessarily intentional,” Ravens general manager Eric DeCosta said. “We’ve wanted to be an exciting team. Speed is a part of that. The younger you are, probably the faster you are.”

General Manager Eric DeCosta, in an appearance on “The Lounge” on Tuesday, indicated that he envisions a four-headed monster at running back.

“I would equate it to us last year having the tight ends that we had – the three tight ends,” DeCosta said.

“[Offensive Coordinator] Greg [Roman] did an amazing job of taking those tight ends and really creating something special that made us very tough for defenses to play. And now we’ve got the four running backs and they all do different things well. It just makes us, I think, a really, really well-rounded team that’s tough to defend.”

“These guys can all do different things, they should be fresh for four quarters. I think we protect ourselves in case of injuries or things like that. It fortifies us, it makes us stronger, and it gives us a guy with home run potential.”

“I think [Dobbins] is a guy that is strong, he’s a darting guy. He’s got very, very good speed through the line of scrimmage. He’s explosive, he’s able to run low to the ground with good balance, he’s a good knee bender. He’s got excellent lateral agility and the ability to make people miss. What I like most about him is if he’s got a crease, he’s gone. He’s a guy that has an extra gear through the second and third levels of the defense. He can make big plays and he did that in every game this year. He’s got a little bit of a game-breaker style to him.”

What the Ravens didn’t do in the 2020 NFL Draft, and the one thing they definitely got right – Bryan DeArdo

While Nick Boyle and Mark Andrews make for a very good duo, the Ravens could use another tight end, given how important that position is to Baltimore’s offense. And despite there being several promising tight ends in this year’s draft, the Ravens decided to pass on that position.

Baltimore did pick up two undrafted tight ends in Oregon’s Jacob Breeland and Georgia’s Eli Wolf. The 6-foot-5, 250-pound Breeland caught 74 passes and 13 touchdowns during his last three years with the Ducks, while Wolf, who checks in at 6-foot-4 and 236 pounds, caught 13 passes in 2019 while averaging nearly 15 yards per catch.

The Baltimore Ravens’ defense was one of the biggest winners of the 2020 NFL Draft. Getting linebackers Patrick Queen and Malik Harrison at decent value in addition to someone like Geno Stone in the seventh round is hard to qualify as anything except a win. Looking at their roster, though, they could still stand to add another veteran pure edge rusher to get after the quarterback. Cameron Wake fits that bill.

He may be 38 years old, but Wake has made it clear he has no plans to retire — and why should he? He is coming off a 2019 season where he played only 195 snaps, but he managed an 83.5 overall grade in that limited time with over 30 pressures on just 181 pass-rushing snaps. Wake has been one of the most accomplished pass rushers in the PFF era, posting 10 consecutive seasons with a pass-rushing grade of 80.0 or higher to open his career. A designated pass-rushing role on a talented and diverse defense like Baltimore’s would be an ideal way for Wake to close out his career.

Comp-pick analysis: The Ravens see their signing of Wolfe canceled out by the loss of Seth Roberts, leaving Pierce’s departure as the trigger for a fifth-round comp selection.