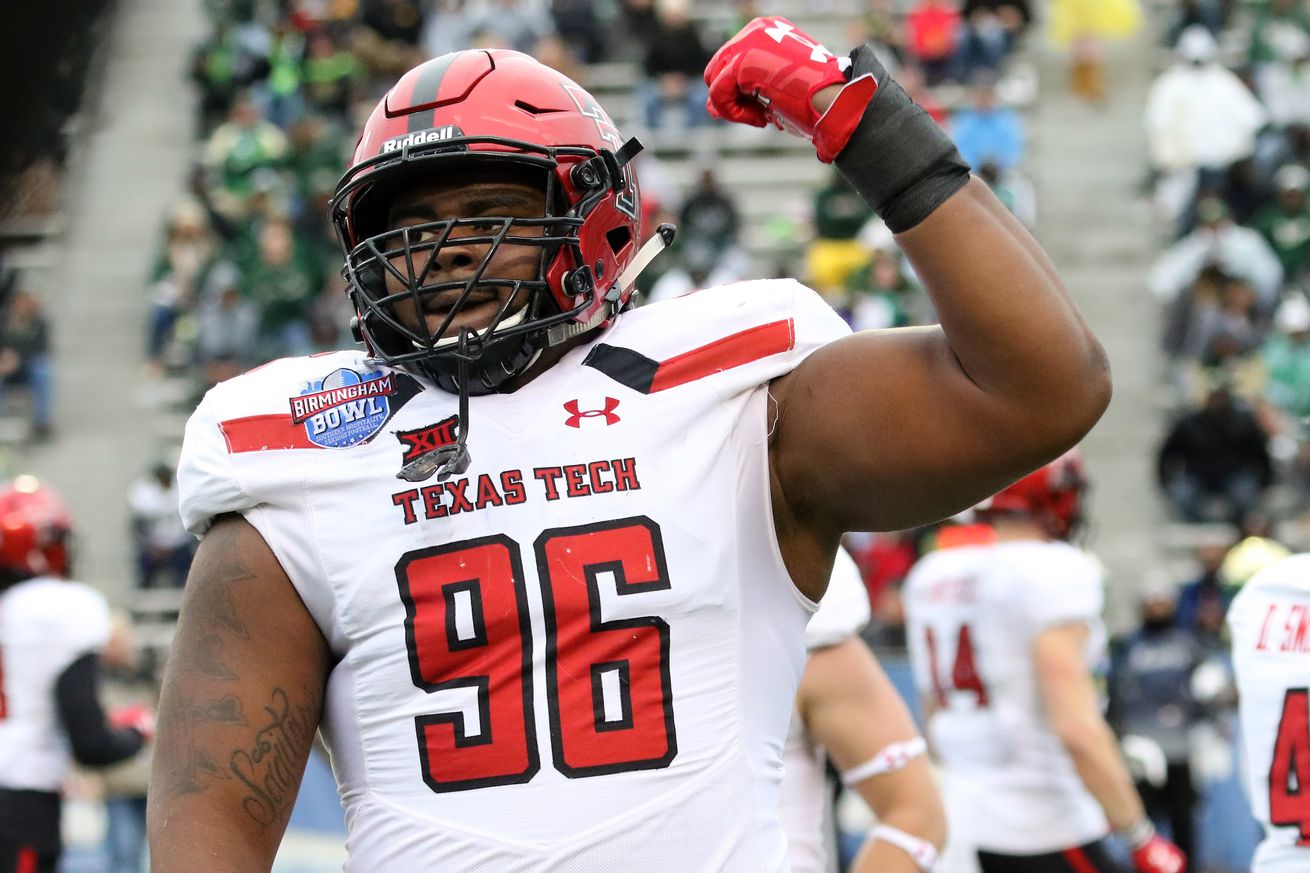 Baltimore Ravens, Round 2, No. 55 overall

Of all the steals the Ravens made in the 2020 NFL Draft — and there were several — which was the most unexpected get? Let’s go straight to the man making the picks! Baltimore GM Eric DeCosta said Dobbins was the player he was most surprised to land.

And they should be thrilled. The need at running back wasn’t as pressing as some others on the roster (Baltimore already had Mark Ingram, Gus Edwards and Justice Hill at the position), but can a team that leans on the run like the Ravens ever have enough good backs? I say no! Dobbins bounced back from a less-than-stellar 2018 by rushing for 2,003 yards and 21 touchdowns last season. And his physical style is a perfect fit for this offense.

Queen fills the void that had been lingering since C.J. Mosley departed last offseason and will go sideline to sideline, wreaking havoc with his explosiveness despite being undersized.

Harrison is a downhill attacker who will complement Queen at ‘backer, and Madubuike will help keep blockers off of those two. We’re intrigued by Duvernay, who could become a spark plug in the slot if he improves as a route runner. There are Hall-of-Fame worthy shoes to fill at guard following the retirement of Marshal Yanda, but Phillips and Bredeson seem like perfect fits for the Ravens’ power running game. We approve of the decision to trade up in Round 6 for Proche, who has the ball skills and competitiveness to be much more productive than his athletic traits would lead you to believe.

It May Not Be Sexy, But Ravens Show Commitment to Stopping the Run – Clifton Brown

The Ravens were the only team in the draft to double down at both inside linebacker and defensive tackle. Some were surprised when the Ravens drafted Washington in the fifth round after taking Madubuike in the third, but having a strong run defense and a deep defensive line rotation is part of the Ravens’ DNA.

“We lost some guys in the front seven this offseason, and we always want to continue to be as strong up front as we can,” General Manager Eric DeCosta said. “And that’s something that since Coach Harbaugh’s been the head coach, [since] 2008, he has stressed that we are as strong as we can be on the offensive and defensive lines. So, we try to get guys every single year in the draft on both sides of the ball. I know sometimes our fans don’t think that’s maybe sexy, but we do. We want to be as strong up front as we can, so you’re going to see us do that every single draft. It’s important to us to control the line of scrimmage and be a physical football team.”

It remains to be seen how many reps Madubuike and Washington can earn in 2020, but the Ravens are deep and versatile on their defensive front with Brandon Williams, Campbell, Wolfe, Jihad Ward and second-year tackle Daylon Mack joining the two rookies. There will be intense competition for playing time and DeCosta believes Mudubuike and Washington will benefit from being mentored by proven vets and being groomed by Defensive Line Coach Joe Cullen.

“I think it’s a good environment right now to bring a young guy in,” DeCosta said. “We have great leadership in Calais and Derek, and Brandon is an awesome leader, too.

Among all the safeties at the NFL scouting combine earlier this year, Geno Stone’s broad jump was the shortest. His 12 bench press repetitions were tied for the lowest total in the position group. Stone ranked in the bottom half of the safeties in the 40-yard dash and the vertical jump, too.

Despite all that, the Baltimore Ravens selected the Iowa product in the seventh round of the NFL draft Saturday, a period when most teams are trying to pluck prospects with hidden potential.

“You just watch how he processes things,” Hortiz said. “He’s really quick to pick up routes coming across. [He] drives up quick, takes things away, shows a feel for the quarterback. He can identify run action quickly. So, what you do is you watch the guy process what he’s seeing as the play is going on. When you watch Geno, you see a guy that really does have a good feel for what’s happening in front of him and is able to pick up keys and react quickly to take things away.”

Hortiz said the Ravens feel good about the pick of Stone in the seventh round, because the team’s talent evaluators trust their film study sessions over athletic testing numbers.

“It’s really, for scouts, years of experience and watching it over and over,” Hortiz said. “You see enough guys, you see a guy that sees it quick. And [Stone] is one of them.”

The 6-foot-1, 196-pound Huntley started 33 games for the Utes over his career and was named first-team All-Pac-12 Conference last season. He was 23-10 as a starter, ranking third all time in program history for career wins by a quarterback.

Huntley was a finalist for the Johnny Unitas Golden Arm Award and shared Pac-12 Offensive Player of the Year honors after finishing with 3,092 passing yards, 19 passing touchdowns and four interceptions last season. He also added 290 rushing yards and five rushing touchdowns. Only LSU star and eventual No. 1 NFL draft pick Joe Burrow had a higher completion rate than Huntley (73.1%) in 2019.