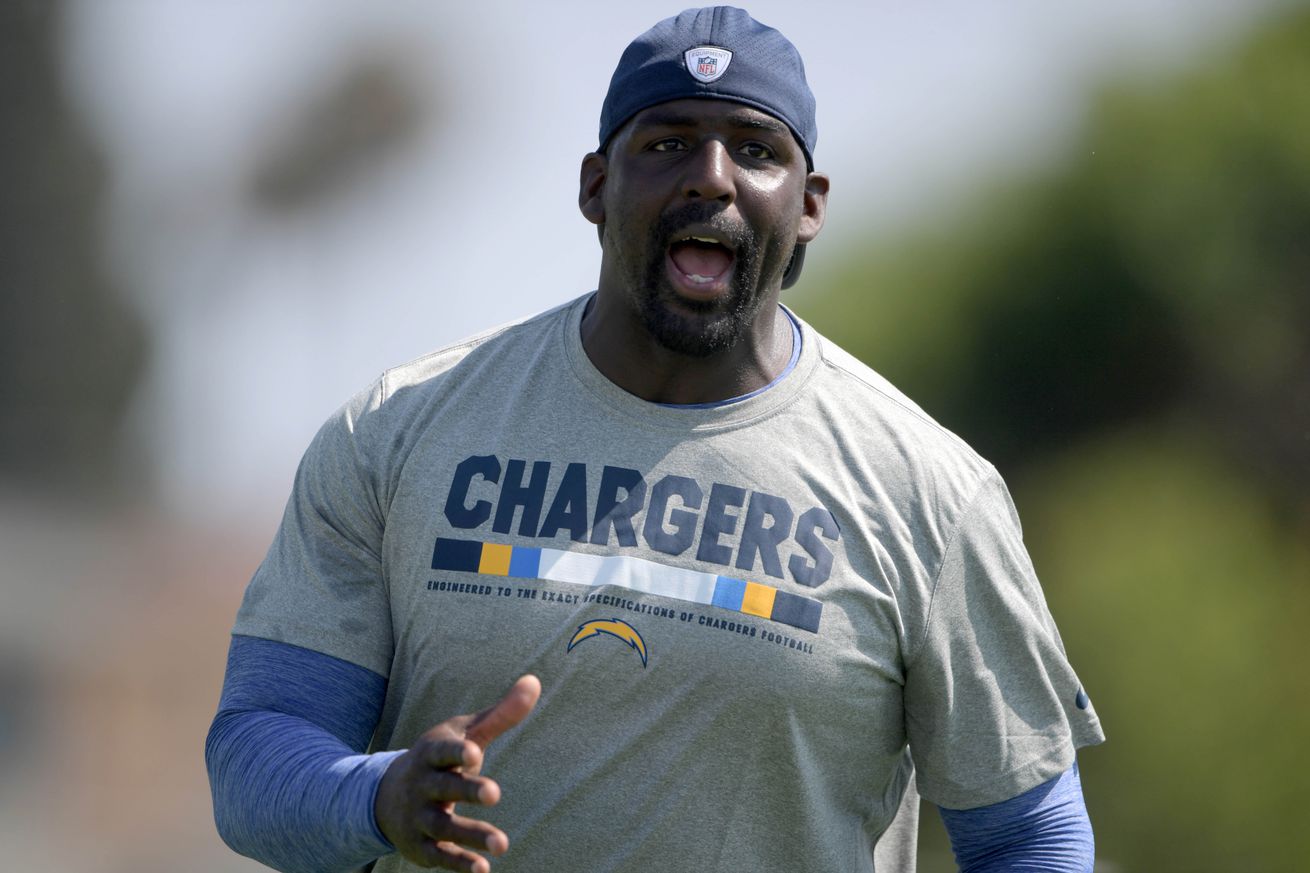 This article will focus on introductions to the defensive position coaches, all of whom are new to the Redskins this season.

Rivera had sufficient respect for Mills that he promoted him into an additional “game management” role in early 2019:

It will be interesting to see if Mills plays that role with the Redskins as well.

The Rundown discusses new Linebackers Coach Steve Russ, his resume and past success, what that means for a young defense and more.

Russ played linebacker for the Denver Broncos from 1995-2000 and then went on to coach at the collegiate level for about 17 years. He was hired as the Panthers’ linebackers’ coach in 2018 and inherited a very talented group of players, including Luke Kuechly, Shaq Thompson, and Thomas Davis. Both Kuechly and Thompson posted some of their best seasons under Russ.

LBs coach Steve Russ loves hands on coaching. Except “hands on” meant he had to strap on the chest plate after his first round against Luke Kuechly, and, well, you can see why. pic.twitter.com/Gd8aBmuaX9

With the Panthers, Russ regularly went up against his linebackers in drills, trying to amp up their energy levels. He also took on the role of working with hybrid defensive ends/outside linebackers in the Carolina defense.

Russ’ military connection – he graduated from the Air Force Academy and served for several years – is evident both in his coaching philosophy, and his commitment to a structured culture in the linebacking room:

“First of all, when you’re a military guy, it’s all about the mission. It isn’t about tomorrow. What’s the mission, right then and there? And there are no excuses; there cannot be any distractions. You have to be singularly focused

With a young and diverse linebacking group with the Redskins, including Jon Bostic and Cole Holcomb as potential, likely, starters, it will be interesting to see how Russ performs when he’s not coaching obvious Pro Bowl-level talents.

Harris, who played eight years as a safety in the NFL, spent the last four years with the Chargers as an Assistant defensive backs coach. During his time with the Chargers, the team led the NFL in interceptions his first year there (2016) and they were fourth in the league his second year with the team. He helped coach stand outs in the secondary, including Casey Hayward (Pro Bowl 2016, 2017; second team All Pro both years), Desmond King (second team All-Pro, 2018), and Derwin James (Pro Bowl and first team All-Pro, 2018). Harris is one of several new coaches on the team without a prior coaching connection to Ron Rivera.

In 2018, the Chargers had a top three secondary in the league, only to fall off a bit (to #11) in 2019 as a result of injuries and inconsistent play. While the secondary allowed the third fewest passing yards in the league in 2019, they played the majority of their snaps in zone coverage and ended up allowed the league’s third highest completion percentage as a result.

Harris’ philosophy appears to center around his players bringing energy to the defense:

We’re going to go as far as the back-end takes us. The team will feed off of us. We’re the swaggiest group of all positions – in my opinion. We got guys with a lot of juice, and I try to bring the juice. I want energy, I’m an energy guy…and that’s how I coach.

All three defensive position coaches have had experience coaching All Pro caliber players and have been a part of leading a unit that has been near the top of the league at one point or another.

Mills clearly has the most to work with, finding himself with an embarrassment of draft riches – five first round picks, including #2 pick Chase Young, vying for four positions on the line. To an extent, if Mills (and Del Rio, and Rivera) can’t turn this line into a defensive force, they’ll all be in a tough spot within a year or two. Given the line’s talent and Mills’ experience heading up a sack-happy group in Carolina, I’ll be surprised if he doesn’t have similar success in DC. If he also improves the game management experience here – a painful weakness under both Gruden and Callahan – so much the better.

Russ, the least experienced of the three coaches, may have the biggest job ahead of him. He’s got a rag tag group made up of potential, moderately talented vets, and a grizzled leader in Thomas Davis. He’s got no apparent Kuechly or Thompson here, and likely won’t unless one is picked up in the next couple of drafts. At best, he probably has a solid collection of role players, and he’s going to have to figure out how to use them most effectively. Of course, he’ll have two former linebackers, in Del Rio and Rivera, helping him along the way.

Harris, like Russ, had some pretty incredible talent in his last position. This is not the Chargers’ secondary – far from it, but there’s some veteran talent (Collins and Fuller) and some young potential as well. Again, Harris, like Russ, will have a tough job ahead of him, but if he can have success with this group he will have proven his chops.