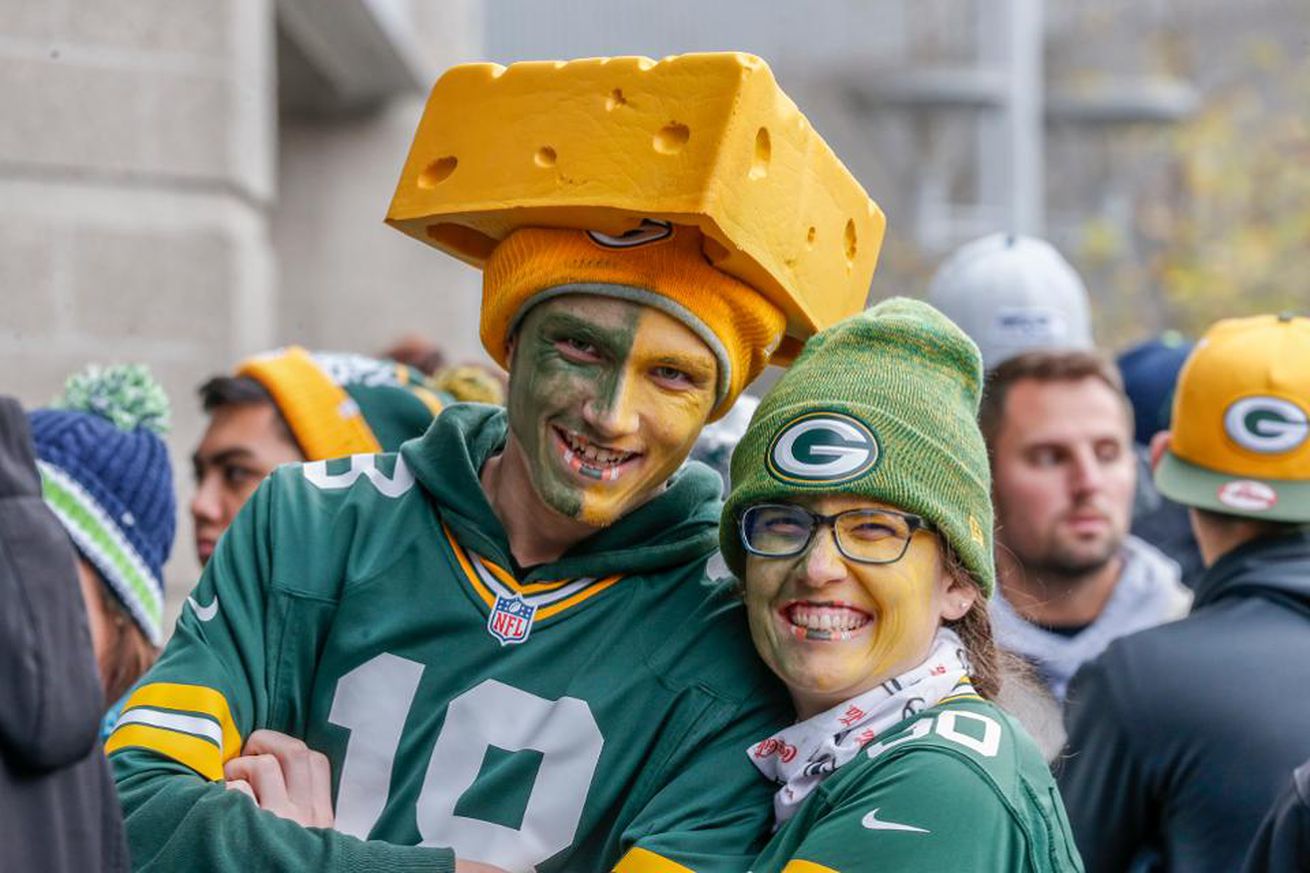 We answered 5 questions from Jason B. Hirschhorn of the Acme Packing Company about the current state of the Washington Redskins

Normally, I just link to the Five Questions article our opposing fan blog publishes once it is available. This time is different, as Acme Packing Company publishes each question and answer separately. Rather than publishing five separate articles linking to my answers, I figured I’d just publish this one article with their 5 questions and my 5 answers. Links to their articles will be included below as they become available. I encourage you to visit the links and comment on their articles if you have anything to add, as I’m sure I left some things out.

1. Already in 2019, Washington has undergone a change at head coach, firing Jay Gruden from his post after an 0-5 start. How would you evaluate the performance of Gruden’s replacement, interim head coach Bill Callahan, and what type of coach do you expect the team will hire for the full-time position this offseason?

Callahan is a contrast to Jay. Where Jay ran soft practices and was a “players’ coach”, Callahan is an old-school disciplinarian who forces the players to run wind sprints at the end of practice and has increased the number of padded practices. Where Jay was a creative signal caller who favored the passing game, Callahan prefers a simpler run heavy, smash mouth approach. One positive change implemented under Callahan is an increase in the amount of self-scouting. He’s asked the Redskins pro scouts to sit in on practices and games and give the coaching staff evaluations of our players as an independent check of their abilities and whether or not they’re being used correctly. He’s also brought college referees into our practices to call penalties when they see them in an attempt to reduce the number of penalties in games. However, he doesn’t seem to be as good of a gameplanner as Jay, nor is it clear if he has any influence on the defensive side of the ball. Callahan has also struggled with in-game decision making, like when to use timeouts or challenge a call. Overall, I think he’s done fine as an interim head coach, but I don’t think he deserves the job full time.

In terms of who the team will hire, it’s tough to say because we don’t even know who will be making the decision. The team has had a vacant GM position for 2 years, and although Team President Bruce Allen has been the de facto GM, there’s a decent possibility that changes this offseason. If Bruce Allen is making the pick, then it will probably be someone he knows from his time in Tampa Bay. Owner Dan Snyder reportedly tried to trade for Mike Tomlin (a Tampa Bay connection) as soon as Jay was fired, but the Steelers weren’t interested in his offer. The team could make another run at Tomlin in the offseason. Redskins VP of Player Personnel Doug Williams has a close relationship with Todd Bowles, so he is another possibility. If I were to make the pick, I’d try hard to get Gary Kubiak. He’s a proven Super Bowl winning head coach and an offensive guy who’d be able to provide stability for our rookie QB. If not him, I’d look to a young and rising DC like Matt Eberflus or Robert Saleh and follow a Bills style rebuild, focusing on the defense (which is the strength of the team from a personnel perspective).

2. Washington named Dwayne Haskins as the starting quarterback last month. Now with four starts under his belt, what are the rookie signal-caller’s strengths and weaknesses at this point in his career?

He is very raw at virtually all aspects of the QB position. This was known from the beginning, as he only started one year at Ohio State. He has made mistakes in processing the field, reading defenses, calling protections, and calling plays correctly at the line. However, he has very visibly improved in all of these areas since starting, and will no doubt continue to improve.

One of his biggest strengths is that he has a cannon of an arm and can throw the ball effortlessly 50 yards down the field. He has proven to be surprisingly elusive in the pocket, and has shown a lot of ability the last couple of games at extending plays. He’s also fearless; the prospect of getting hit doesn’t seem to scare him, and he bounces back from mistakes without playing timid.

His biggest sticking points have been footwork and knowing when to throw the ball away or take a checkdown. In terms of footwork, I think his big arm has allowed Dwayne to get away with poor footwork in college, because he has enough arm strength to push the ball downfield without setting his feet properly. However, his poor footwork results in inaccurate throws in the short to intermediate areas of the field. It’s the same problem Lamar Jackson had his rookie year, and it took Jackson an offseason of consciously practicing his footwork to correct it. I think the same will be true of Haskins.

3. This offseason, the Packers hired Matt LaFleur as their new head coach. LaFleur spent four seasons in Washington as the quarterback coach, working with Kirk Cousins, Robert Griffin III, and others. What did you make of LaFleur’s work at the time, and at what point did you believe he might have head-coaching potential?

Unfortunately, I don’t think I’ll be able to give a very satisfying answer to this question. I honestly didn’t notice much about LaFleur while he was here. Head coach Mike Shanahan and his son (and OC) Kyle Shanahan were much bigger personalities at the time and were credited with the success of the offense. The offense was built around their zone running scheme, which could open holes any running back could run through. The threat of the run opened up the play action passing game, which made the QB’s job very easy with simple reads on play action. It’s an offense that is largely idiot-proof and can make almost any QB look good, as the 49ers are proving with Jimmy Garoppolo and the Vikings are proving with Kirk Cousins (the Vikings run Gary Kubiak’s offense, which is a relative of the Shanahan offense from when Kubiak worked with Mike Shanahan in Denver). As a result, I don’t think most Redskins fans at the time thought the QB coach (LaFleur) had too much to do with the success of the offense. In retrospect though, he must have done a pretty good job, or Kyle Shanahan wouldn’t have brought him to Atlanta and Sean McVay wouldn’t have brought him to LA.

4. If you had to game plan against Washington, how would you attack the team on offense? On defense?

Attacking the offense, I’d use lots of disguised coverages to take advantage of the rookie QB’s inexperience. The Jets had a lot of success with this, showing blitz, then dropping back and only rushing four. I actually wouldn’t blitz too often, as Haskins has proven surprisingly elusive in the pocket. I’d also stack the box, as the Redskins offense clearly goes through the running game. And I’d double team rookie WR Terry McLaurin, who has 4.3 speed, is a polished route runner, and is looking like one of the steals of the draft. He’s our biggest passing game threat by far, as well as our only real deep threat.

Attacking the defense, I’d run a lot of play action to take advantage of the aggressiveness of our young defensive line and linebackers. I’d focus on quick passes to running backs and tight ends to exploit how terrible our linebackers are in coverage (and also to mitigate our ability to rush the passer). I’d avoid runs up the middle, as our IDL are pretty stout. I’d also focus on throwing to the slot WR, as our coverage in the slot has been very inconsistent.

5. Finally, it’s prediction time. Which team wins on Sunday and why?

Green Bay will probably win because they are 9-3, we are 3-9, the game is at Lambeau Field, and Aaron freakin’ Rodgers will be facing off against a rookie QB and a Redskins team that is depending on a lot of young players on both sides of the ball. The Redskins have only managed to beat bad teams so far this year, it would be a genuine surprise if they beat a team with a winning record.