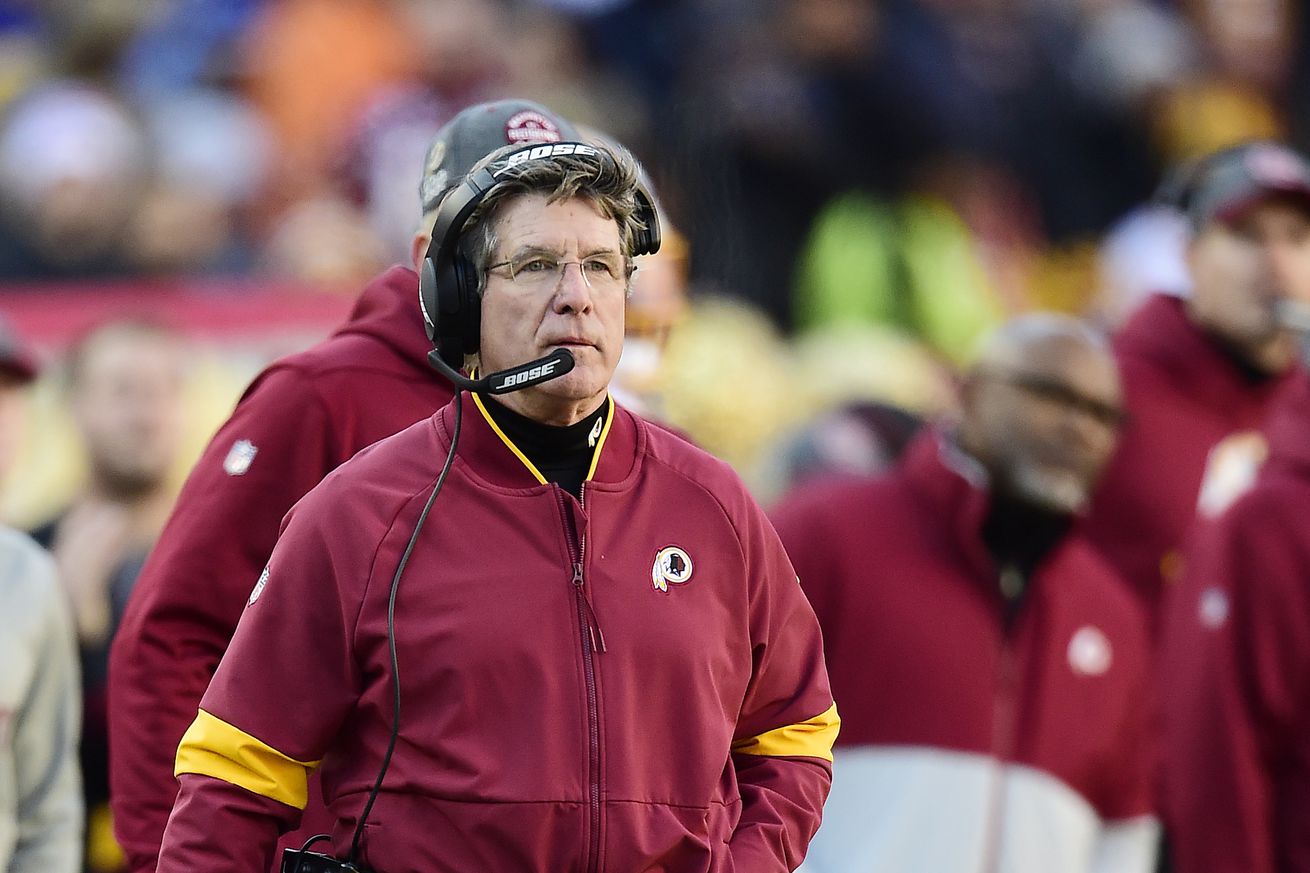 Bill Callahan talks to the media after today’s win

The Redskins won a game! Bill Callahan talked about how proud he was of the team for finishing the job today. Dwayne Haskins was so excited to win he forgot to get on the field for the victory formation after Fabian Moreau picked off Jeff Driskel. Haskins says he hurt his wrist today which was affecting his accuracy but he will be fine.

“I’m really proud of the way our guys fought. …Really good to come out on the winning end of this.”

Redskins coach Bill Callahan on Dwayne Haskins missing final play: “We were looking for him. I think he thought the game was over.” https://t.co/V7o9K1OMCA

Callahan to the podium:

He says Keenum took the knee because they couldn’t find Haskins. He must’ve thought the game was over. Callahan laughing about it. Not mad. Says he’ll have to find out more.

I’ve heard this as well and I’ve also heard it did not go over well.

He specifically went after some younger players and that was not particularly well received per a source. https://t.co/vCn21SrDCa

Callahan declines to share the team meeting details from last night. Says those are private moments, but he says “coaches always challenge their teams.”

This is what I reported minus a few specifics re: Norman. This was Josh’s choice. It wasn’t a benching. It wasn’t a healthy scratch. It’s a mutual decision because he’s hurt.

Missing last snap of the game:

Dwayne Haskins said he thought the game was over and he’ll “get ‘em next time.”

“I was so hyped I thought I broke a water bottle.”

Haskins says his wrist is banged up and that caused some of the inaccuracy.

Haskins said that he played the game with a hurt wrist and that was a problem on some of the missed throws. Doesn’t provide more info on the wrist, says “I’m good.”

Asked about improving within the game the last two weeks, Haskins says “I’m a closer. It’s what I do.”

Haskins said his mind was clear heading into the final drive. Said he didn’t focus on prior drives, and was able to turn his focus on putting his team in a position to win with under a minute to go.