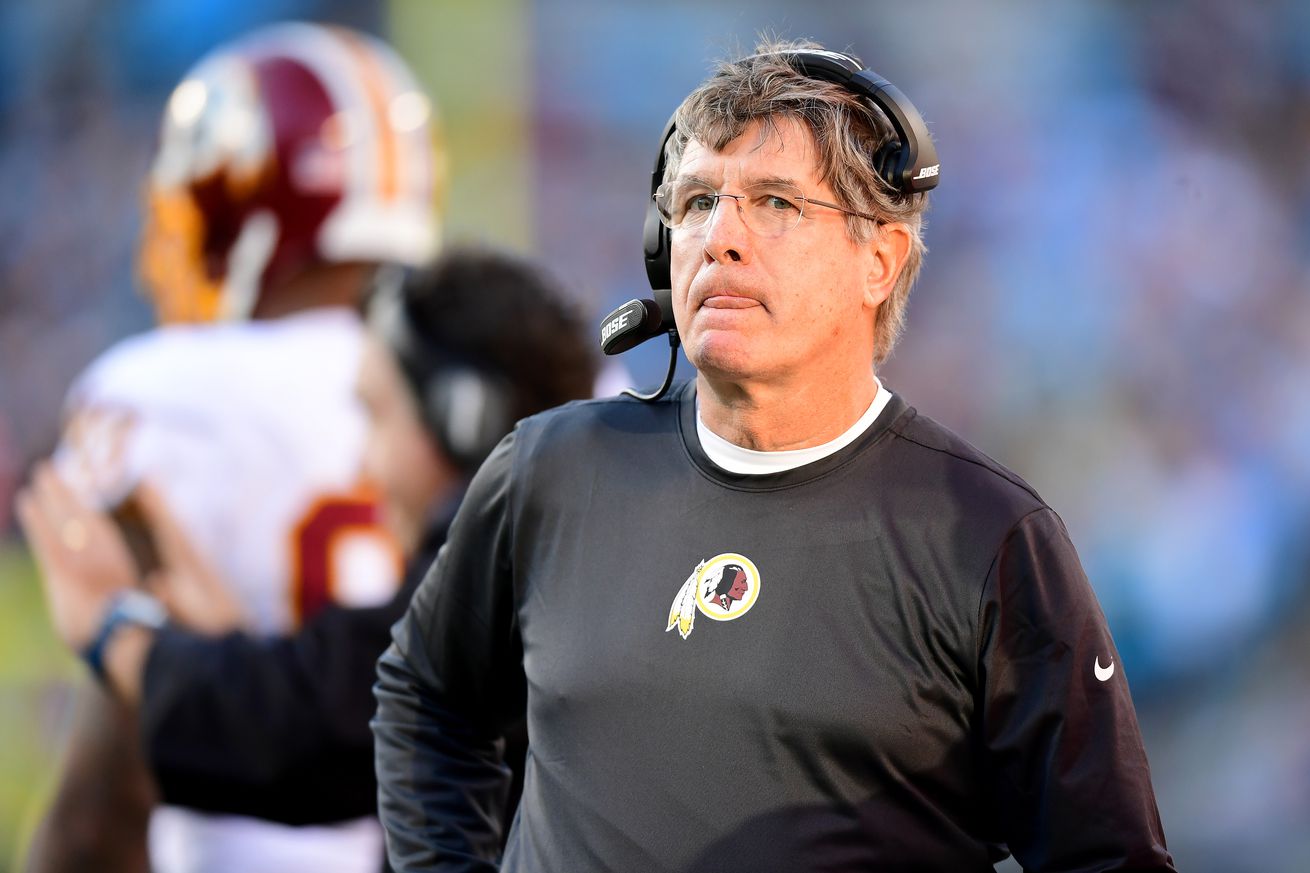 Redskins interim Head Coach Bill Callahan and starting QB Dwayne Haskins Jr. spoke to the media today. Backup QB Case Keenum is playing Aaron Rodgers in practice this week as they prepare to face the Packers in Green Bay. OLB Ryan Kerrigan is out of the NFL’s concussion protocol, and should return after missing the first game of his career last week.

Callahan to the podium.

Case is playing Aaron Rodgers for scout team and they’ve put a huge emphasis on mixing up the cadence and mixing tempos in and out of the huddle.

Callahan at the podium. He says Case Keenum has done a “great job” of mimicking Aaron Rodgers in practice.

Case Keenum had done a good Aaron Rodgers impression this week, according to Callahan pic.twitter.com/ipF4SzJgj0

Kerrigan is out of NFL concussion protocol, per Callahan.

Seems like he’s on track to return vs. Green Bay this weekend.

Ryan Kerrigan is out of concussion protocol.

Asked about former Redskins OLB Preston Smith, Callahan said Green Bay is sending him from both sides and notes he’s even attacking from inside a bit. Smith has a career high 10.5 sacks this year.

Interim head coach Bill Callahan at the podium. Said he is impressed with how far Derrius Guice has come in two year given his limited amount of playing time. #Redskins #HTTR

Callahan said there are a lot of similarities between what Green Bay is doing in the run and what the Rams are doing with Sean McVay.

#Redskins practice featured crowd noise today, which will certainly be a factor on Sunday at Lambeau Field. #Redskins #HTTR

“His growth has been extraordinary for one week.”

Nate Orchard’s growth has been extraordinary, Callahan said with a laugh. Still hard to imagine that he had such a tremendous impact on last Sunday’s game after being with the team for about a week. #Redskins #HTTR

Callahan said that sacks are the responsibility of everyone, not just Dwayne. So while the sacks have increased since Haskins became the starter, he’s not the only one at fault. #Redskins

Haskins at the podium. He said the biggest change in his progression is trusting his eyes and feet

Haskins said the biggest part of his growth has been setting his eyes and his feet. Then it’s a matter of going through his progression and finding the open man.

Haskins on playing in Green Bay on Sunday: “I’ve played in some cold games in the Big Ten… handwarmers, soup, chicken broth, all that” will be used when trying to stay warm throughout the game.

Haskins said one of his strong suits is the two-minute drill, and that was apparent against the Panthers.

Haskins said the two-game winning streak has created much more energy around the team.