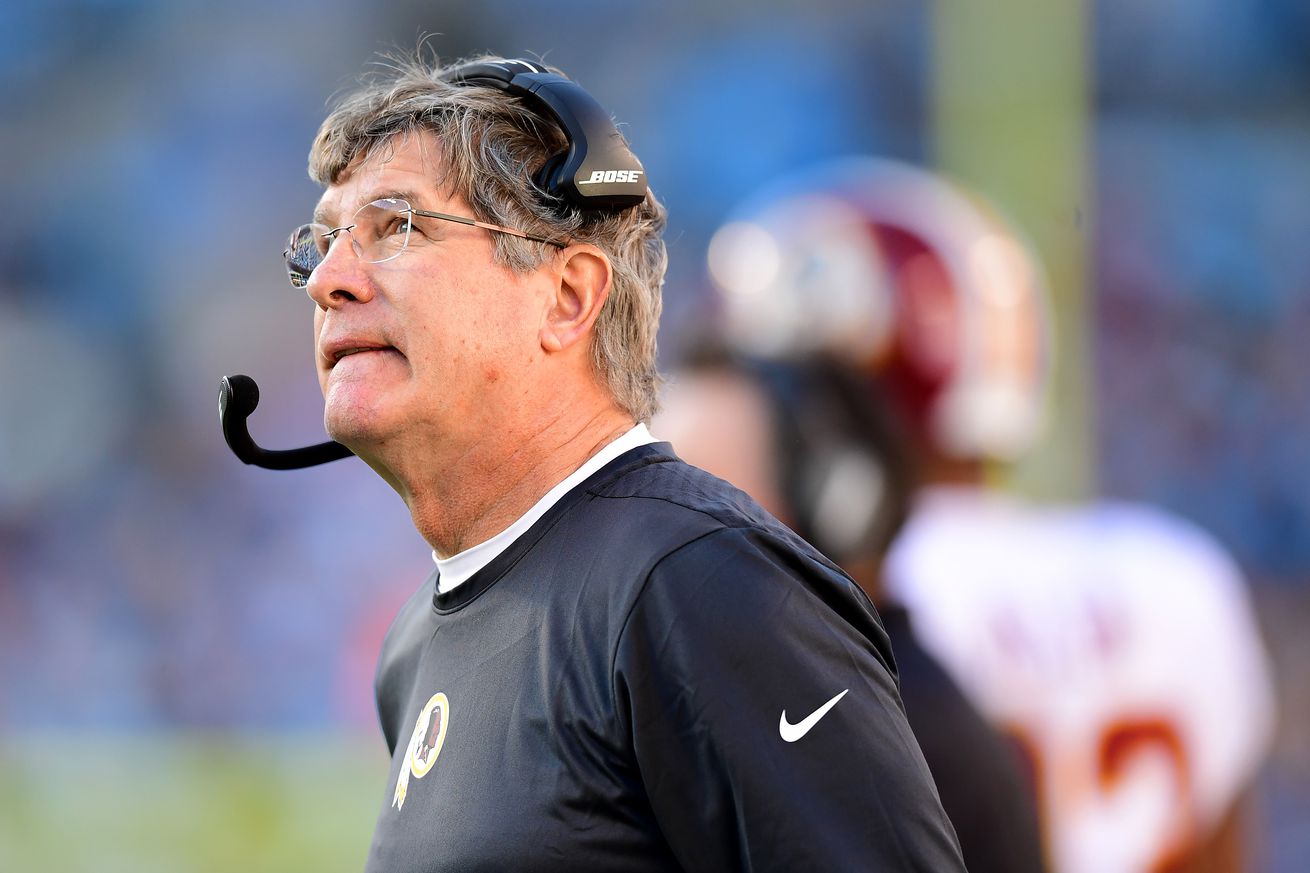 Bill Callahan stepped up to the podium to give some much anticipated injury updates. Derrius Guice(knee) and Ryan Kerrigan(calf) have both already been ruled out for Sunday’s game against the Eagles. Guice had an MRI today, but the team is waiting for the results before deciding whether to shut him down for the season. Kerrigan will miss the second game of this season(and his career), and will be week-to-week. No updates on Quinton Dunbar who suffered a hamstring injury yesterday. And Callahan still doesn’t have time for your Dwayne Haskins injury questions…

Derrius Guice will be out for Redskins vs Eagles this week. Not sure for the rest of the season.

Guice had his MRI this afternoon, and the team is waiting for the results.

It is left knee for Guice

Callahan on Derrius Guice – This guy is upbeat and positive. He’s got more energy than the entire building.

A decision on Derrius Guice’s future for the remainder of the season, being shut down for the year will be predicated on the results of this MRI. Callahan said the team will do what’s in his best interest once they know that information.

“I think this was a weird injury in the way that he planted. It was a different type of field yesterday. We had prepped the team on Wednesday knowing that it would be a slick field. As you go through the film, you can see numerous slips by both teams. I don’t know if it was the fact that the field was frozen, thawed out, got slicker, it was moist, but both teams’ footing was pretty tough and you can see instances of a lot of slides and the base was lost on a lot of players throughout the game. I think it was one of those instances where his foot got planted and it didn’t slip, it got caught, it got stuck. Those are freakish things, I don’t think it’s necessarily running style per say, or anything of that nature.”

Focused on the Eagles:

The #Redskins were eliminated yesterday, but their focus is on the Eagles. That is the next step for this organization, Callahan said. #HTTR

Callahan: Dwayne Haskins is a tough guy dealing with a sprained ankle yesterday. Said he competed his butt off. #Redskins #HTTR

Callahan not thrilled about answering Haskins questions again. Coach very clear that the QB was good to play.

Callahan: “I’ve got a lot of respect for Dwayne and what he went through. He competed his butt off.”

Callahan said it’s a possibility for the #Redskins to use more up tempo offense. Haskins directed no huddle offense against the Packers on their fourth quarter touchdown and has called it one of his strong suits. #HTTR

Bill Callahan said Redskins knew that the field at Lambeau was going to be slick yesterday. Both teams had trouble slipping

Callahan said that Ryan Kerrigan will also be out this week.

Ryan Kerrigan is out for Redskins vs Eagles. He didn’t miss a game from 2011 to December 2019, now missing at least two games this season. Could be more.

Callahan on the young building blocks on the #Redskins roster and what that means for the future: “It’s going to be awesome.” #HTTR

Callahan said he expects Josh Norman to play in certain sub-packages and in a backup role for the rest of the season.

Ryan Kerrigan will be week-to-week. No decision yet on Dunbar