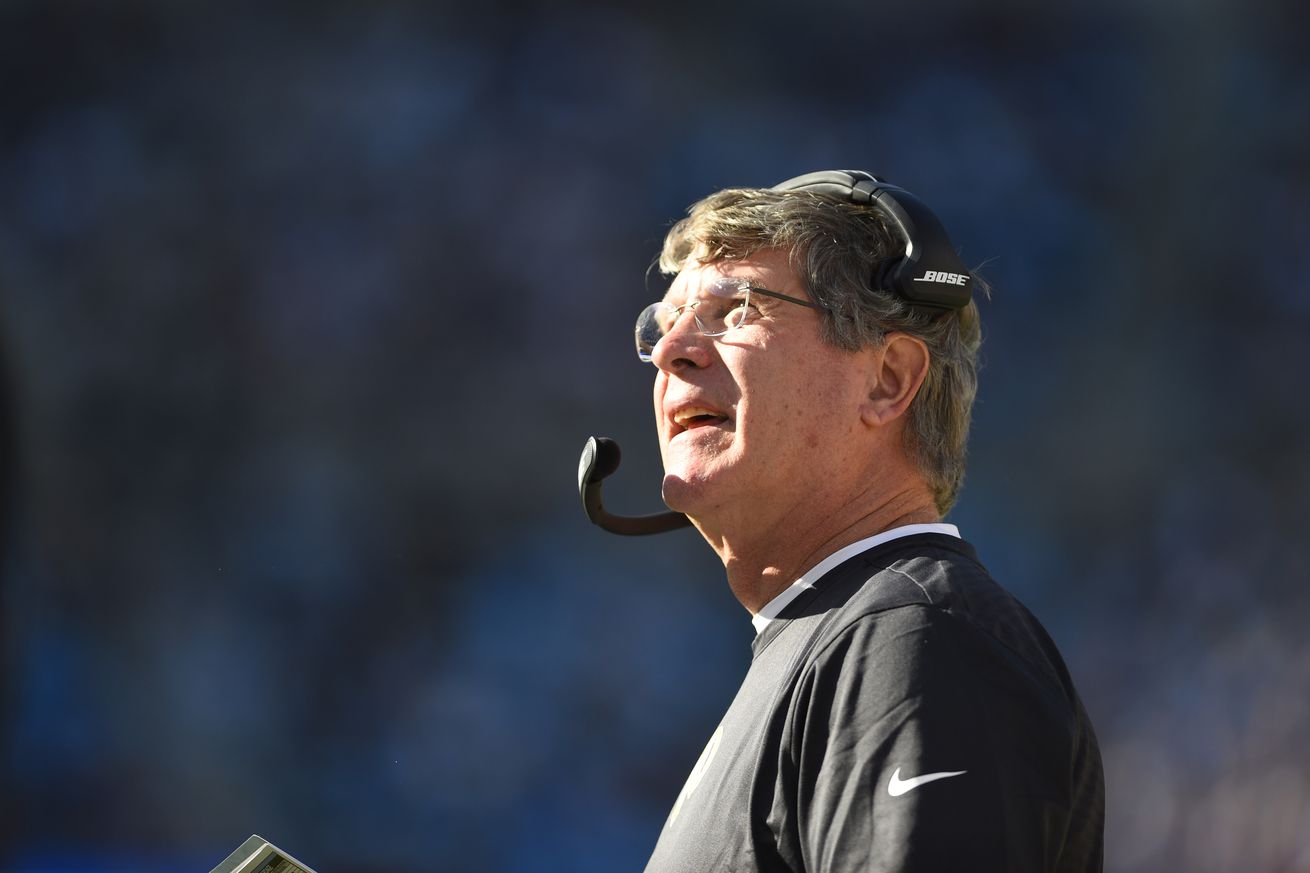 Redskins interim Head Coach Bill Callahan and Defensive Coordinator Greg Manusky spoke to the media after today’s practice. They gave some injury updates, talked about developing draft picks, and what is going on with Josh Norman. Adrian Peterson continues to amaze Bill Callahan.

Callahan on the possibility of AP rushing for 1,000 yards:

“I would love for it to happen, especially with him.”

How long will Adrian Peterson continue to play? “That’s up to him” Callahan said, but also mentions the possibility of Peterson playing at 40.

“If you draft a first-round quarterback, you have to get him ready to play. It doesn’t matter how, he just has to be ready to play.”

Continued to say “it doesn’t matter if it’s a first round guard… they have to get reps so they are ready.”

Quinton Dunbar (hamstring) is day to day. Callahan is hopeful he can practice red zone tomorrow

Callahan is “hopeful” Dunbar will practice tomorrow in the red zone. Corner hasn’t since injuring his hamstring.

DC Greg Manusky said that CB Danny Johnson is a “quick guy who can cover really well in the slot.” #Redskins activated Johnson off PUP earlier this week.

On Matt Ioannidis: He’s a lunch pale kind of guy that performs at a high level. #Redskins #HTTR

Manusky gets asked about Norman’s absence. Says that’s a question for Callahan. https://t.co/rbAmZ8hZ5D

Manusky on Josh Norman: he was a little banged up and we wanted to look at other guys. #Redskins #HTTR

Manusky said that Fabian Moreau’s transition to outside corner has been pretty easy. Added that playing inside helped him because he better recognizes route combinations. #Redskins