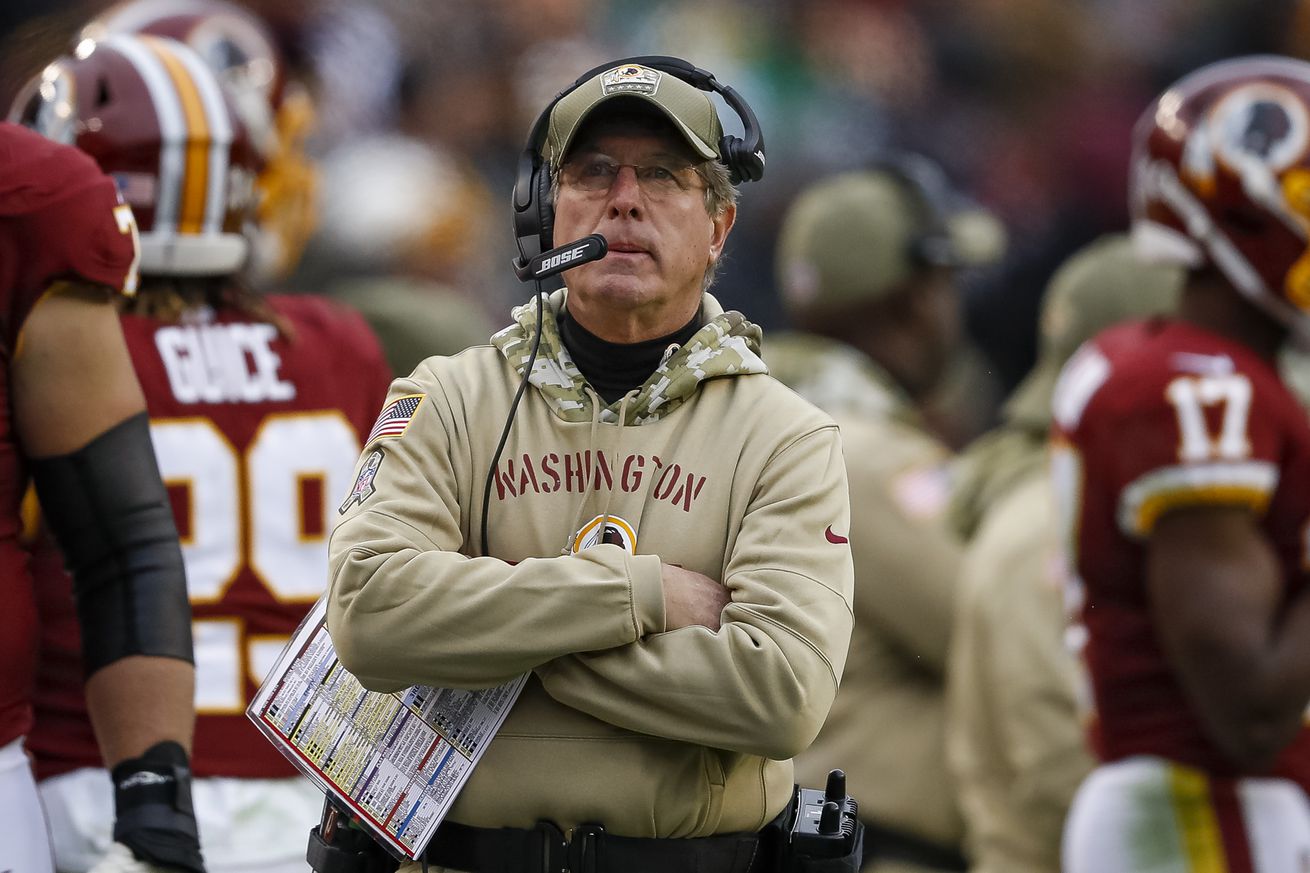 Redskins interim Head Coach Bill Callahan and Defensive Coordinator Greg Manusky spoke to the media after today’s practice. They gave several injury updates, including Daron Payne’s ankle injury. Manusky can’t explain why Josh Norman has been getting abused this year. He said the benching of several starting DBs was a one-time thing against the Jets last week.

Bill Callahan said there’s still a chance Daron Payne can play Sunday. Payne has not practiced the last two days because of a bad right ankle.

Callahan to the podium.

Says one-on-one matchups will be of utmost importance Sunday with DET frequently in man-to-man on D. Added he likes what he has on the perimeter.

Adrian Peterson will play Sunday, according to Callahan. #redskins

Callahan will not commit to a specific workload for Guice, who received eight touches for 70 yards and a TD against the Jets.

Callahan said they’ll continue to evaluate Chris Thompson as the week goes to see how they plan to use him. Thompson has not played since the #Redskins won against the Dolphins. #HTTR

No update from Callahan on TE Vernon Davis.

Davis has been sidelined with a concussion since Sept. 29.

Says his instincts “stand out” and his skillset provides a different variable to the Redskins defense that not many other teams have.

Greg Manusky said the decision to bench Josh Norman, Quinton Dunbar and Fabian Moreau came down to seeing what the younger guys could do #HTTR

Greg Manusky said Redskins don’t intend to bench their starters in the secondary going forward. Was a situation against Jets where trailing and playing younger guys

#Redskins pulled the starting corners late last week. Greg Manusky says it was a one-time situation type thing to work younger players with the team down so much. pic.twitter.com/4I2nVo30R3

Defensive coordinator Greg Manusky: I was disappointed in the #Jets first series. Said it came down to communication. #Redskins #HTTR

Greg Manusky when asked why Josh Norman isn’t playing better “we put him in situations to make plays and we’re just not making them.” Says that’s across the board for other players.

Manusky said Ryan Anderson brings “fire and energy” off the edge and on special teams. Anderson has seen an increase in defensive snaps over the past couple of weeks. #Redskins

Manusky said that it would be a “big loss” if DL Daron Payne cannot play this week. He’s missed the past two days of practice with an ankle injury.

Callahan said we’ll know a little more about Daron Payne as the week goes on, but he’s not overly concerned. #Redskins #HTTR