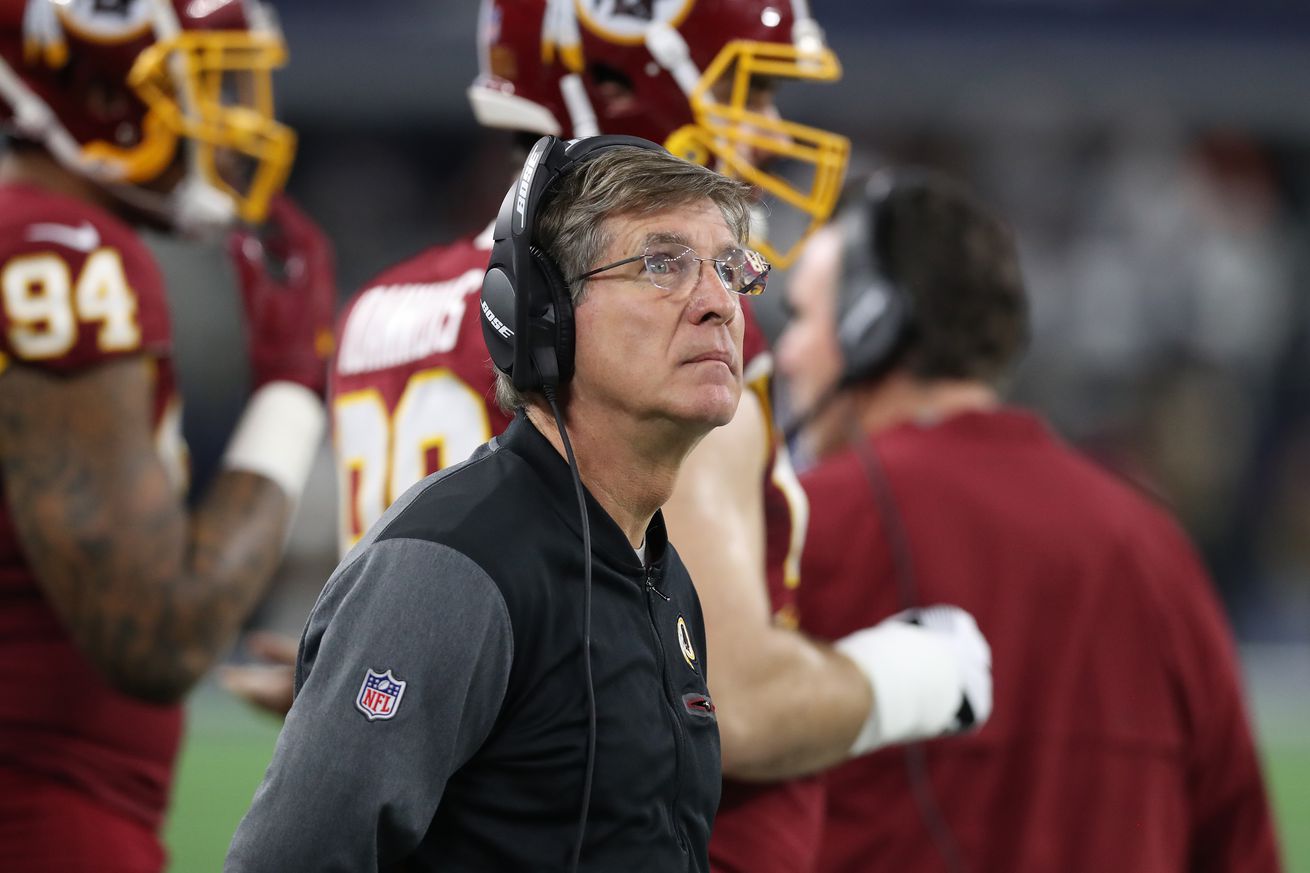 Bill Callahan says he’s expecting lots of complexity from Packers defense. Know there will be looks they haven’t seen before. #redskins

Callahan at the podium.

He doesn’t necessarily see a different person out of former Redskins player Preston Smith. “You don’t know what can make a spark in a player’s career. Hope he does well, but not too well on Sunday.” #Redskins #HTTR

“I don’t think it will ever be perfect,” Callahan said on the preparation for Aaron Rodgers. #Redskins #HTTR

With Trey Quinn in concussion protocol, plan is for Steven Sims to remain at punt returner. He’s been practicing all week on the Jugs machine. Callahan wants to feature Sims more on offense as well.

Steve Sims Jr. gives the #Redskins a lot speed and quickness at the slot position, Callahan said. Sims had more snaps at the position when Trey Quinn went down with a concussion against the Panthers. #HTTR

When Bill Callahan really likes a player he kinda smiles as he describes that player. Just did it with Matt Ioannidis. Have also seen it with AP.

Callahan said the #Redskins probably got the Packers’ attention last week when they rushed for 248 yards. It’s fair to say that is probably accurate. #HTTR

Greg Manusky to the podium in Ashburn. He says Montez Sweat’s really starting to figure out how to use his length. Getting the reps has been huge and they’re starting to take hold.

Defensive coordinator Greg Manusky said he was surprised for Nate Orchard and Chris Odom. Said he was impressed with how Orchard learned the system after coming off the street. #Redskins #HTTR

Manusky: Fabian Moreau has been playing really well overall the past few weeks. He’s looking forward to seeing what he can do against the Packers. #Redskins #HTTR

Jimmy Moreland has good overall understanding of the nickel corner position, Manusky said. He’s got a good speed and quickness to help him succeed at the position. #Redskins #HTTR

Manusky says there were minor adjustments they made after the first two touchdown drives Sunday, but the biggest issue was they let up two huge drive starters. One big play. One penalty.

Those are big indicators for success and they were 0/2 in the first two drives.

The Redskins have worked on trying to simulate Aaron Rodgers’ snap count. “He’s one of the best at getting people to jump offsides,” Greg Manusky said. “If you do jump offsides you have to make sure you still cover on the back end.” Rodgers will take shots in these spots.