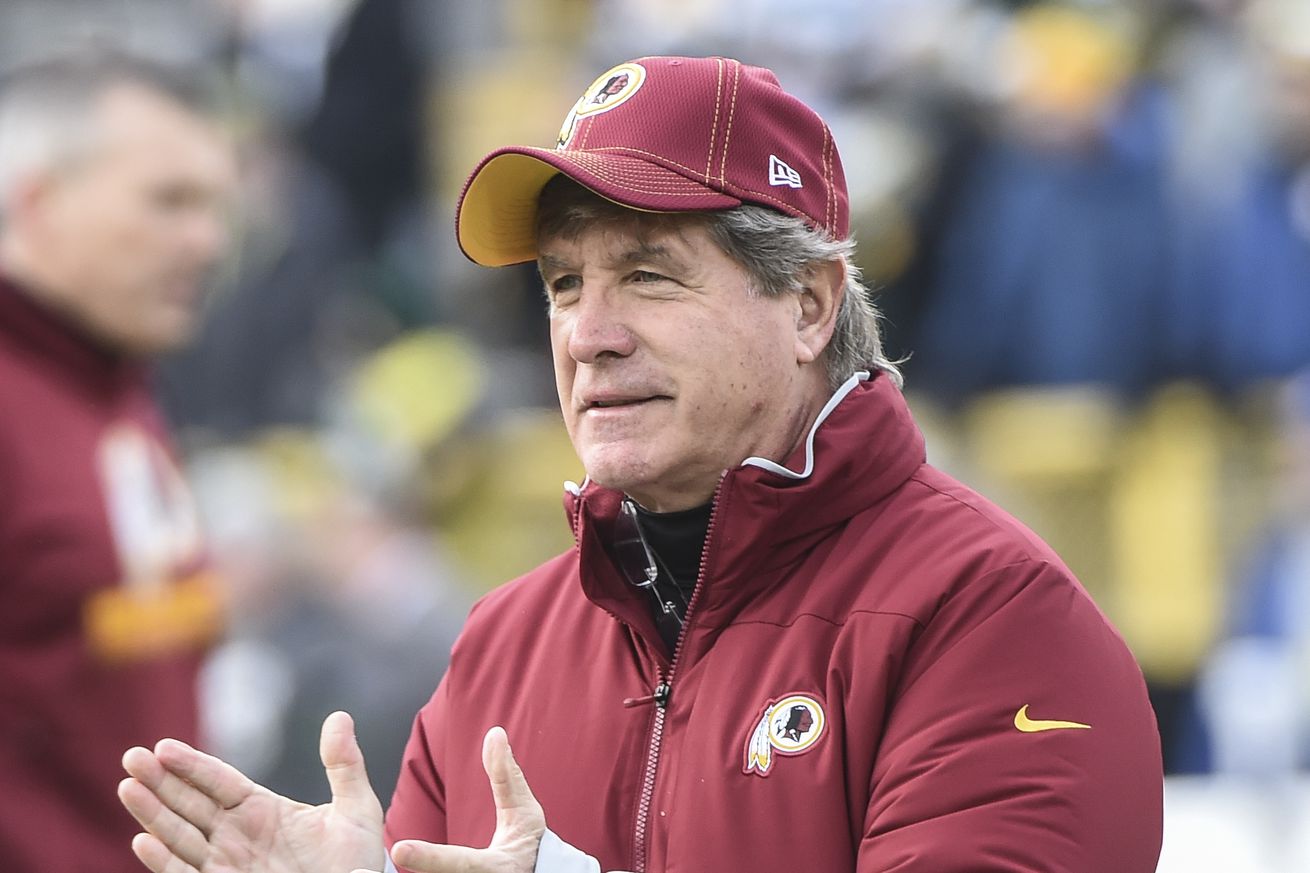 Redskins interim Head Coach Bill Callahan and QB Dwayne Haskins Jr. spoke to the media after today’s loss to the Packers in Green Bay. Haskins hurt his ankle in the 2nd quarter when former Redskins OLB Preston Smith fell on it. Callahan said they never considered pulling him, and Haskins said there was no way he was leaving the game. Derrius Guice(knee) and Ryan Kerrigan(calf) will both be getting MRIs tomorrow for their injuries.

Bill Callahan said it’s a knee/leg injury, and he’ll know more once this examination is over. Callahan said with Guice out the team lost its 1-2 punch

Derrius Guice looked fine coming up the stairs and into locker room pic.twitter.com/Z2fgE2VKCB

That’s not the right answer to me. The correct answer is “we lost the most explosive player on our offense.”

Guice is one of the two best players the Redskins have when healthy, and unlike McLaurin he’s not reliant on someone to get him the ball. That’s what you miss.

Callahan said he’s worried about Guice in the moment versus down the line given his injury history. Is very curious to see what the assessment is following the exam.

Running back Derrius Guice will have an MRI Monday to determine the extent of his knee injury.

“There were no medical reasons to make the switch.” Added it never occurred to the team to take Haskins out. https://t.co/bopG8JAXOw

Callahan said he noticed Haskins not at full speed but he’s a competitor. “There was never an instance where we considered taking him out of the game. Never occurred to us.”

Redskins interim coach Bill Callahan said there was no consideration to taking quarterback Dwayne Haskins out of the game. He hurt his ankle but was cleared by doctors. “He battled hard and battled through tough bumps,” Callahan said. https://t.co/BhzsXRri4Y

Callahan said the way it was explained to him, Ryan Kerrigan sufferered a calf injury.

The reporter who asked the question wondered if it was an Achilles injury. #Redskins

Same thing with Kerrigan and his calf https://t.co/nGYg5LYhk1

Bill Callahan answered “no excuses” when asked about how the injuries affected the #Redskins today.

Dwayne Haskins said he hurt his ankle in the second quarter but “there was no way he was coming out of the game.”

Dwayne Haskins: “There was no way I was coming out of that game.”

Said there were talks about him coming out but that it wasn’t happening.

Haskins said he feels much more comfortable than he was earlier in the year. Also excited to play at home and against NFC East opponents. #Redskins