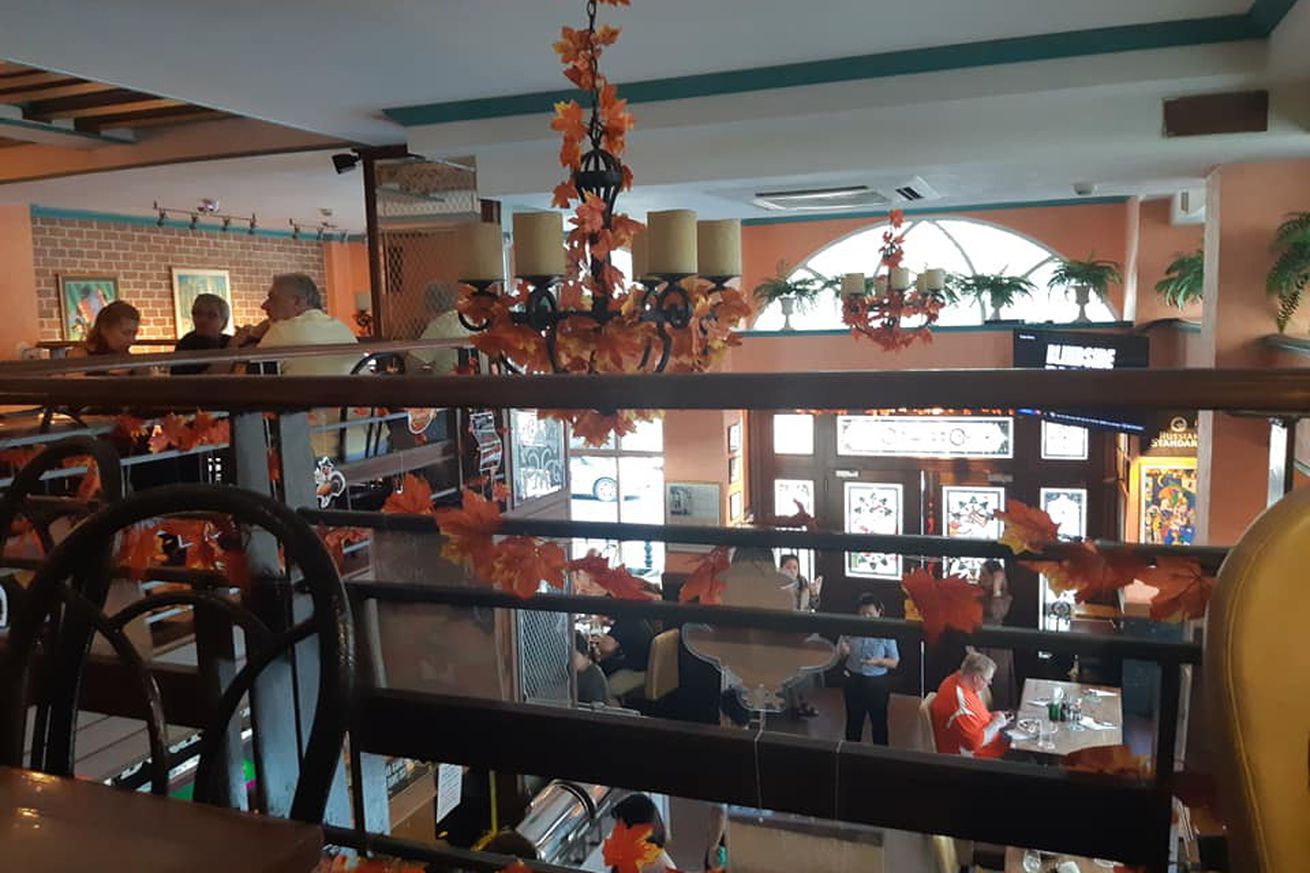 Last week, someone suggested that I should write an article about Thanksgiving in Bangkok. I figured I’d take a quick minute and share a few thoughts on Turkey Day.

First of all, Thanksgiving is just “Thursday” in Bangkok. Even most of the British, Aussies and Europeans are only vaguely aware of Thanksgiving. It’s a workday, and there’s no real concept of “Black Friday” or special sales for shoppers since, of course, there’s no Christmas season here either.

No one wants to heat up the house with a turkey in an oven in tropical weather.

The high today was 34 C (94 F). This is the start of Bangkok’s cool season, which runs from November to February.

Come to think of it, I don’t know if I’ve ever seen an oven in a home in Thailand. I don’t have one. I’m limited to a stovetop, an electric wok, and a small portable oven suitable for toasting a ham & cheese sandwich or baking a fish filet. I couldn’t bake a turkey, even if I could find one — no mean feat in itself, in Bangkok.

So, we rely on the American pubs and a number of international hotels to serve up a Thanksgiving feast. I have been going to the same place every year for about a dozen years now — the Bourbon Street Restaurant and Oyster Bar, a Cajun-style New Orleans foodery. To get there, I travel about 9 train stations from either my office or my home, walking about 300 meters after hopping off the train in Ekkamai. It takes about 40 minutes one-way.

Here’s my first helping of food from today’s meal:

Everything is self-serve from the buffet.

As you can see, there’s no shortage of turkey, stuffing, potatoes and the like, but there’s also a fair bit of seafood, some Cajun dishes like blackened fish and Gumbo, and a few Thai dishes to round things out.

My girlfriend, X (that’s her name) had a lot of oysters today, and she has a bowl of gumbo every time we eat here. I focused on the shrimp, crabcakes, soft shell crab, and barbecued ribs on my second helping:

Unlike me, she had a plateful of salad — rocket, avocado and grilled shrimp.

The selection of desserts is pretty impressive. I can never decide what I want, so I usually put one of everything on my plate to finish up. Today I had lemon pie, pecan pie, pumpkin pie, carrot cake, and pumpkin brulee. X ate some ice cream.

Of course, because of the time difference — Bangkok is 12 hours ahead of DC — there is no football to be watched. X and I had finished our meal and were on the way to my place for a post-meal nap before the sun had even peeked over the horizon on the east coast of the US. The traditional Detroit and Dallas football games will be on after midnight here, and I have to be back to work on Friday morning to teach classes. I may watch them on replay this weekend, though I still haven’t seen any games from last week yet…it’s been pretty hectic at work the past two or three weeks.

The good news for me, however, is that Friday is the last day of the semester. Final exams begin on Monday the 2nd, which marks the beginning of some ‘down’ time for me. We have about two weeks to mark exams and finalize grades, which is just a few hours of work for me, and then X and I will be off to the Maldives for 8 days of bungalow living above some crystal clear ocean. Just 4 hours away, the Maldives are a popular holiday spot for Thailand residents.

I’m not sure how relevant any of this is to the business of a Redskins football blog, but that’s a quick peek at my typical Thanksgiving in Bangkok.

I hope each and every one of you has an enjoyable Thanksgiving holiday and family to share it with.