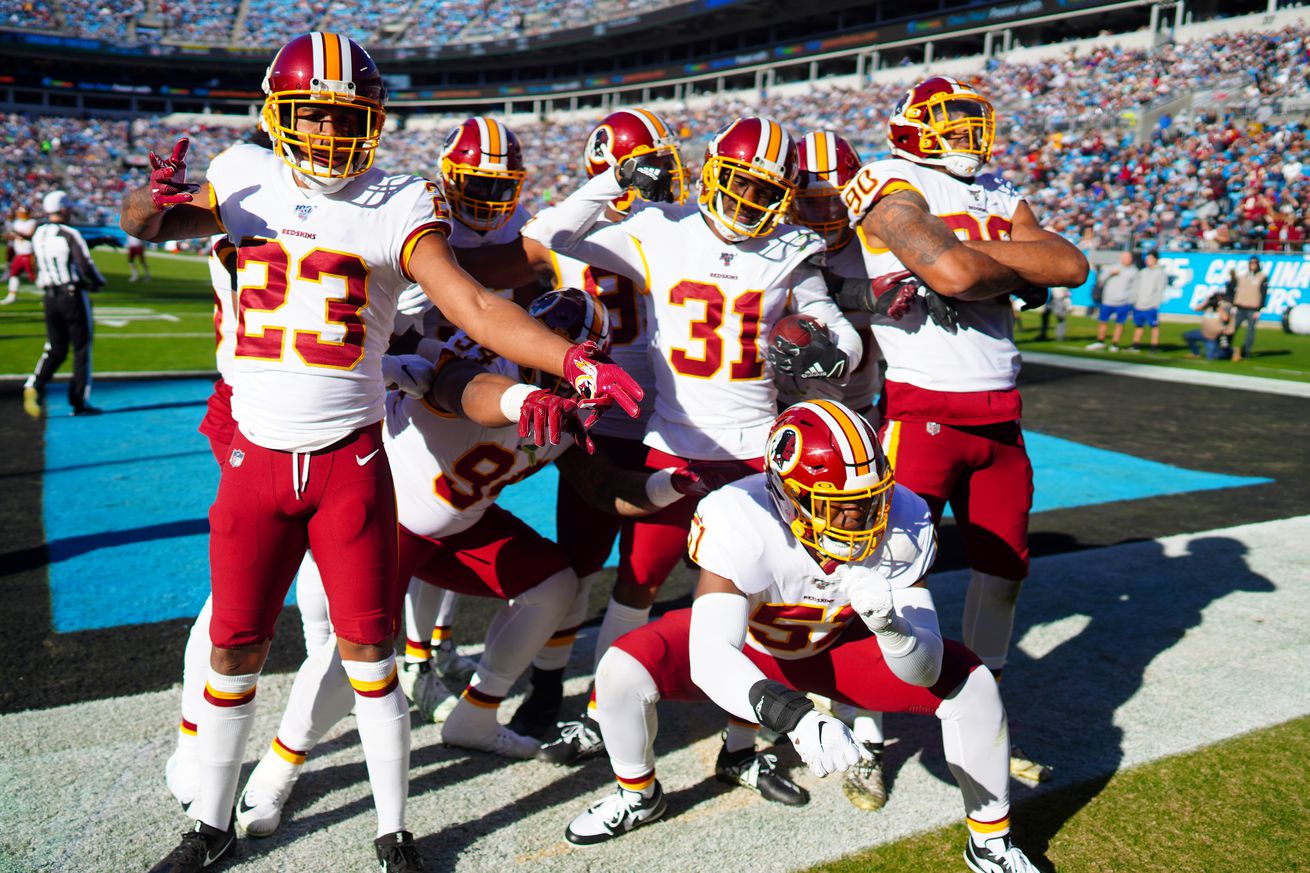 Derrius Guice provides Redskins glimpse of future, and some hope – NFC East- ESPN
During his big game in Week 13, the running back showed off skills that could mesh well with their rookie QB and explosive WR Terry McLaurin.

Morgan Moses says he’ll play Sunday despite leaving Carolina game with injury | NBC Sports Washington
Redskins right tackle Morgan Moses plans to play Sunday against Green Bay, despite missing most of the second half this past week with a back injury.

The Redskins may not be good, but these good Redskins deserve your Pro Bowl vote | NBC Sports Washington
Look, at 3-9, no one is going to confuse the Redskins with a good team. But don’t let their record fool you; Washington has some seriously good players who deserve Pro Bowl recognition.

There is an actual scenario that has the Redskins in the postseason | NBC Sports Washington
It’s not crazy. The Redskins can actually make the playoffs this year. Thank goodness they are in an awful division.