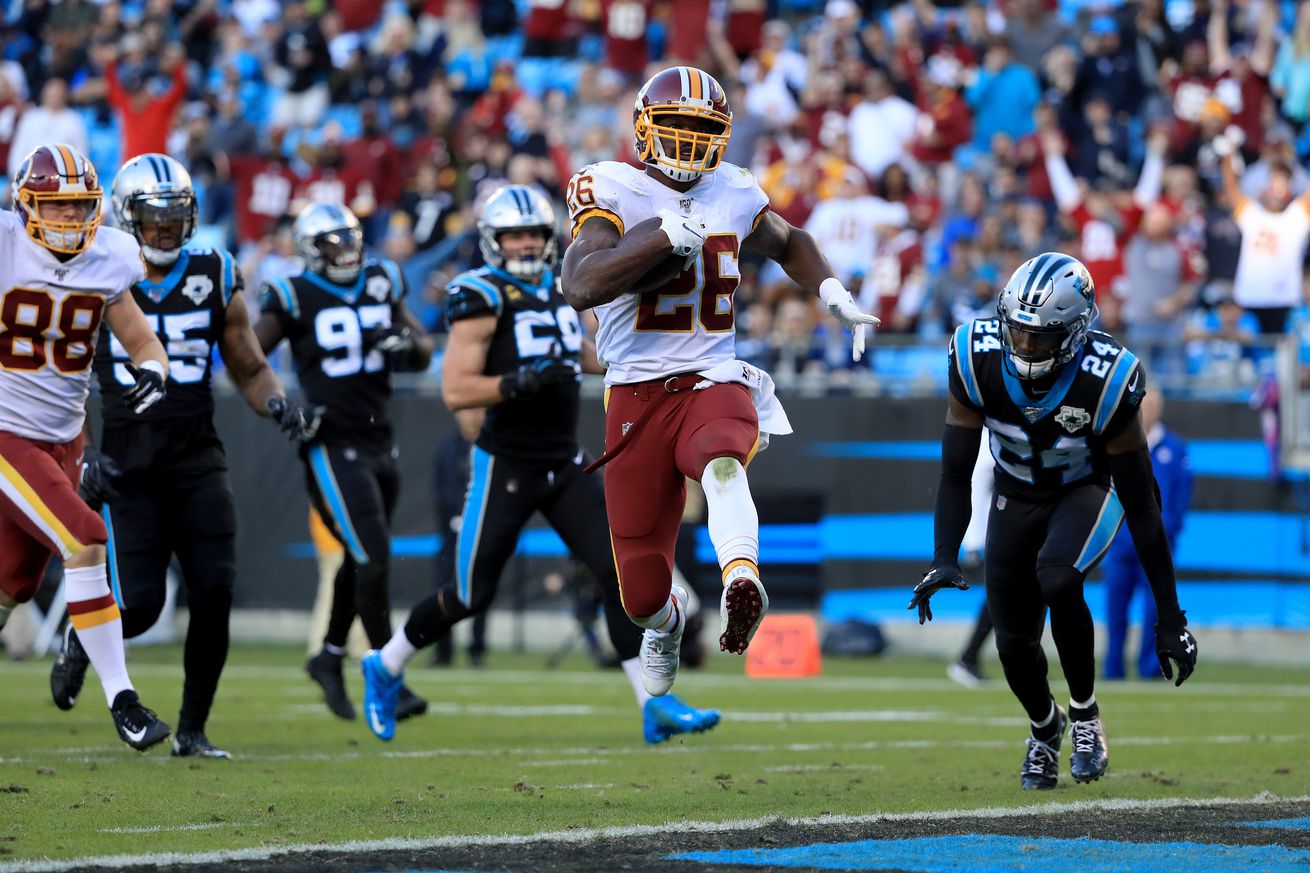 Dwayne Haskins is becoming close to Alex Smith, and he’s starting to play like him too | NBC Sports Washington
In 2018, Alex Smith guided the Redskins to big wins without much passing offense. And on Sunday, Redskins rookie QB Dwayne Haskins did his best Alex Smith impression.

Derrius Guice Highlights | All-Plays | Redskins vs Panthers (12-1-2019)
Washington Redskins running back Derrius Guice had himself a day against the Carolina Panthers Sunday afternoon rushing 10 times for 129 yards and two touchdowns.

Montez Sweat sidelined with quad injury against Panthers | NBC Sports Washington
Redskins rookie Montez Sweat injured his quad and did not return to the game.

The Redskins kids are all right | 106.7 The Fan
Derrius Guice looked like Clinton Portis in his prime in the Washington Redskins’ 29-21 victory Sunday over the Carolina Panthers. Dwayne Haskins continues to improve each week. In a lost season, the Redskins’ kids are showing reason for hope for the future.

Redskins ground and pound their way to second straight win – Washington Times
The Washington Redskins won a slow and bruising game over the Carolina Panthers, 29-21, by pounding Guice and Adrian Peterson up the gut for 248 rushing yards and playing their best defensive game of the season.

By The Numbers: Redskins Run Over The Panthers, 29-21
Here’s a statistical look at the Redskins’ road win against the Carolina Panthers on Sunday afternoon.

The Case For Punter Tress Way To Make The Pro Bowl
Entering the final stretch of the 2019 season, the numbers speak for themselves: Tress Way should be a Pro Bowler.