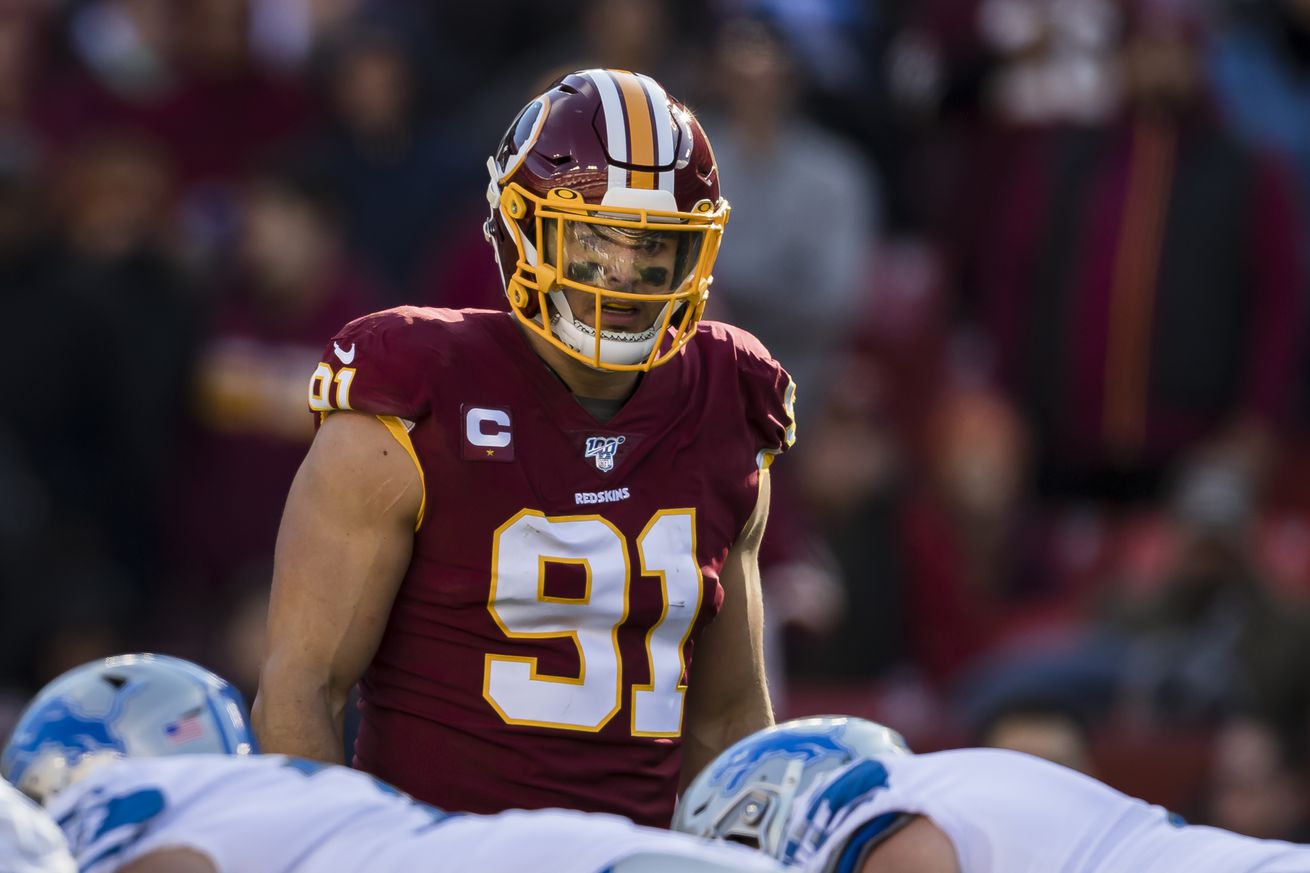 Clinton Portis among group of NFL players charged by Justice Department for fraud | NBC Sports Washington
Portis’ attorney said the former Redskin had “no knowledge that his participation in what he believed to be an NFL sanctioned medical reimbursement program was illegal.”

Ryan Kerrigan’s calf injury could cost shot at Redskins sack record – Washington Times
It’s a measure of how snake-bitten this Redskins’ season has been that Kerrigan, on the verge of becoming the franchise’s all-time sack leader and a player who was the very definition of an NFL iron man, may be done for the year.

Terry McLaurin tops under-25 crowd that provides hope for Redskins – NFC East- ESPN
Washington has seen progress from some of its young building blocks as it prepares to finish a dismal season with one eye on the future.

The Redskins’ offense has been bad all year, but they’re atrocious on opening drives | NBC Sports Washington
The 2019 Redskins feature an offense that has been quite bad in all situations. One area where that ineptitude is especially clear, though, is on their opening drive of the game. These numbers are startling.