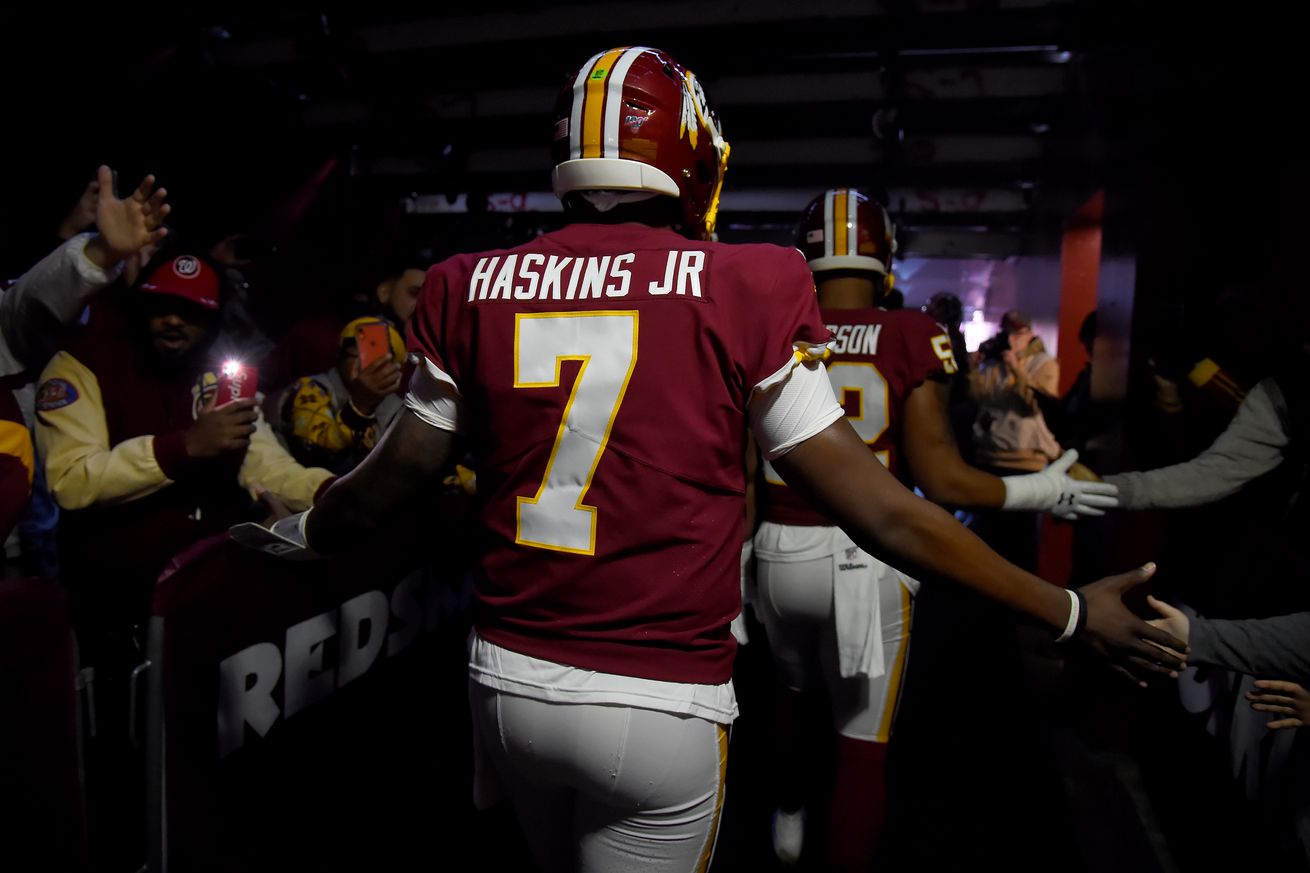 This Terry McLaurin quote tells you everything you need to know about the kind of player he is | NBC Sports Washington
“I missed a couple of those,” he said. “But on that play, I knew he was going to bounce it back. I just knew. I just wanted to give him a two-way go, not necessarily force his hand and he came up and patted me on the head and told me he appreciates me. That’s just my job — run game, pass game, that’s what I try to do.”

Dwayne Haskins Nominated For Pepsi NFL Rookie Of The Week After Career Performance Vs. Eagles
The first-round rookie set career-highs in passing yards (261), yards per completion (9.3) and passer rating (121.3) in Sunday’s game against Philadelphia.

Stock up, down: Dwayne Haskins, rookies show promise for the future | NBC Sports Washington
JP Finlay and Pete Hailey discuss whose stock is up and down after the Redskins’ Week 15 loss to the Eagles.

Redskins lose game on coaching sideline
Washington Redskins interim coach Bill Callahan blew the game against the Philadelphia Eagles in Sunday’s 37-27 loss. Callahan’s coaching was such a debacle, Rick Snider writes, that he should not be considered past season’s end to continue as Redskins coach.

Urban Meyer helping Redskins with coaching search (report) | 106.7 The Fan
There may be more to that Urban Meyer sighting at FedEx Field on Sunday after all. According to NFL reporter Benjamin Allbright, Meyer has been a consultant to Washington Redskins coach Dan Snyder in the team’s search for its next head coach.