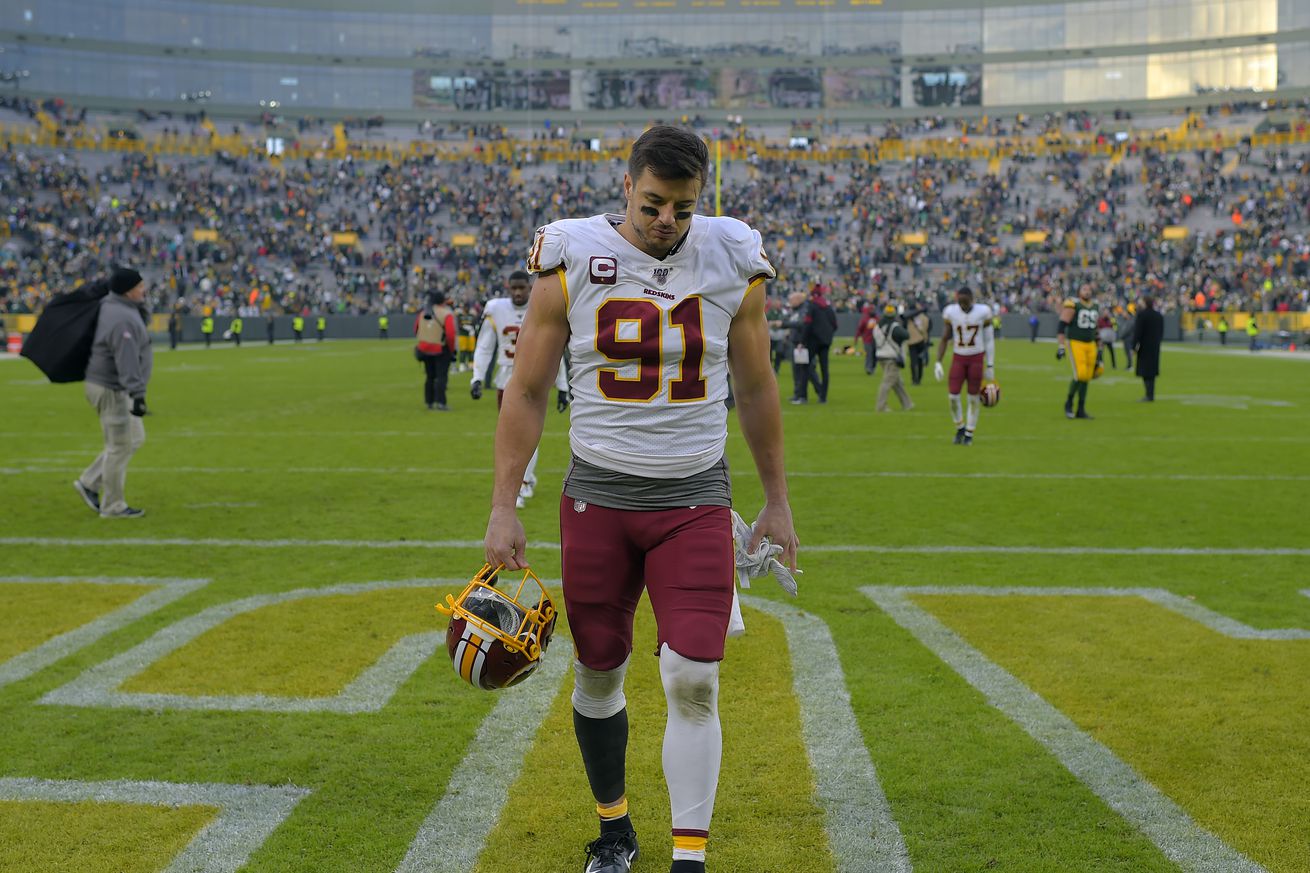 A 3-10 record is ugly. Are the numbers behind it uglier?

It’s been a long, ugly season for the Redskins, and with a 3-10 record, seven losses by double digits and the firing of head coach Jay Gruden after an 0-5 start, the end can’t come soon enough.

Washington was officially eliminated from playoff contention on Sunday, but before moving on to next year, it’s important to examine how — if at all — the team has improved from last season.

To their credit, the Redskins have shown fight in recent weeks, as the team has won two of its past three games. That’s a stark contrast from last season, when veteran quarterback Alex Smith came over from Kansas City and led the team to a 6-3 start before he broke his leg, causing the team to fall apart around him.

In 2018, the Redskins finished 1-6 in their final seven games, and so far, they’ve improved on that mark at 2-2 with games against the Eagles, Giants and Cowboys remaining. But Washington’s 1-8 start to 2019 pales in comparison to its winning percentage of 66.7% last year in the same span.

How does the team stack up statistically to last season, given the strong final push? Let’s take a look.

Net yards per play — widely used by professional sports bettors to gauge team performance — accurately reflects how teams perform overall on a per-play basis. The numbers show Washington has improved slightly, as the defense’s improvement has offset a year-over-year slip from the offense.

Keep in mind that a NYPP mark of 0 is average, meaning a team gains just as many yards per play as it allows, so anything below 0 is below average. The difference here isn’t notable or statistically significant, and it could easily fall below 2018’s mark by year’s end.

Washington’s league-worst mark of 14.5 points per game is clearly reflected in its point differential, which is third-worst but ahead of Cincinnati and Miami. And while its defense allows fewer yards per play, it allows more points per game, which is why its point differential is nearly twice as bad as it was in 2018, where it was 25th in the NFL.

The Redskins are last in the league in third-down execution and 29th in third-down defense. In 2018, its marks were 23rd and 29th, respectively. This is a massive area for improvement as Washington moves into the next decade, as games are won and lost in situational execution.

More accurately, all three of these areas present room for drastic improvement. Whoever’s at the helm at head coach — and potentially general manager — will have their work cut out for them.