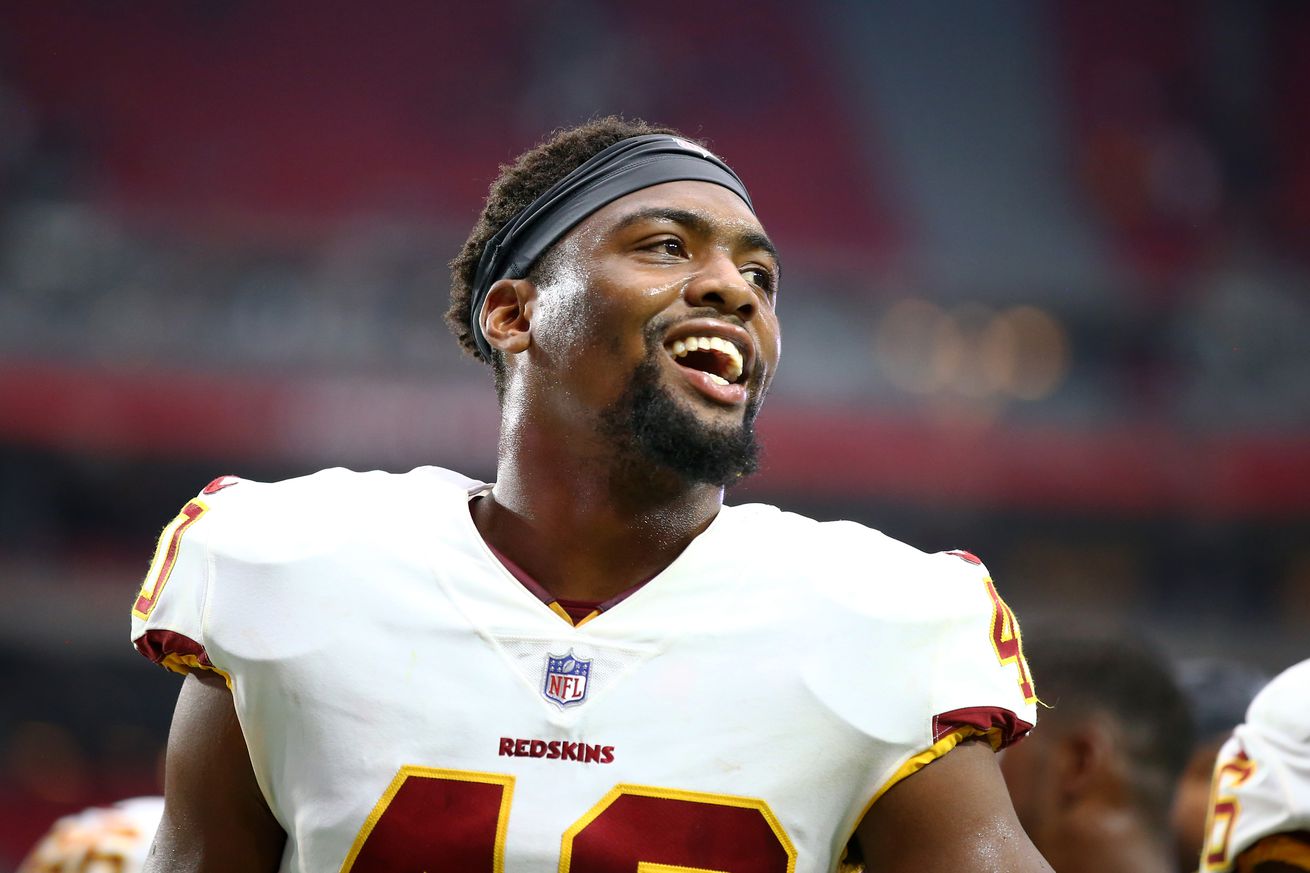 For years, fans have complained about the Redskins linebacking corps. We were bad at “attempting” to cover tight ends. We lacked the speed to cover running backs in the flat or on angle routes. We never seemed to really click in zone coverage.

We really didn’t have a major problem attacking downhill against the run, but when the opposing teams needed to make a play, offensive coordinators often looked at our linebackers for mismatches – and rightfully so.

I can remember sitting there watching a game on a Sunday afternoon and seeing a third and medium, and saying to myself – they are going to the tight end…THEY ARE GOING TO THE TIGHT END! Sure enough, the tight end, who was often matched up against one of our linebackers, would get open and convert the first down!

One player I had very high hopes for coming into the season was third year pro Josh Harvey-Clemons. The former Georgia Bulldog and Louisville Cardinal safety-turned-linebacker had been talked about quite a bit during the offseason. He had bulked up to over 240 pounds, and supposedly had fully embraced the linebacker role.

Despite tweaking his knee in week two of the preseason, Harvey-Clemons showed well; especially in coverage during August. Many though he would contribute in nickle defense once the regular season began. Despite the struggles of our inside linebackers in coverage throughout the season, Josh recorded zero defensive snaps. He did miss four games due to a hamstring injury, but even down the home stretch of the season, when interim head coach Bill Callahan was evaluating many young players, Harvey-Clemons number was not called.

Now entering his fourth season at the age of 25, the linebacker will be in a new 4-3 base defense under coordinator Jack Del Rio and defensive-minded head coach Ron Rivera.

If there ever was a moment for the youngster to take his game to the next level, now is it!

The Redskins do not have a true WILL linebacker for their new 4-3. Many think that Reuben Foster can be that guy, but there are concerns around his availability after having knee surgery last summer, and some issues involving nerve damage he sustained. Second year pro Cole Holcomb showed well at times as a rookie, but struggled a lot in coverage.

Harvey-Clemons, who has that safety background, could fit in nicely as our new WILL backer. He has the size, speed and hip fluidity to stay with Joker tight ends and even slot receivers in zone coverage. His instincts and ability to play in space could be an asset when covering running backs releasing out of the backfield. And…he can blitz!