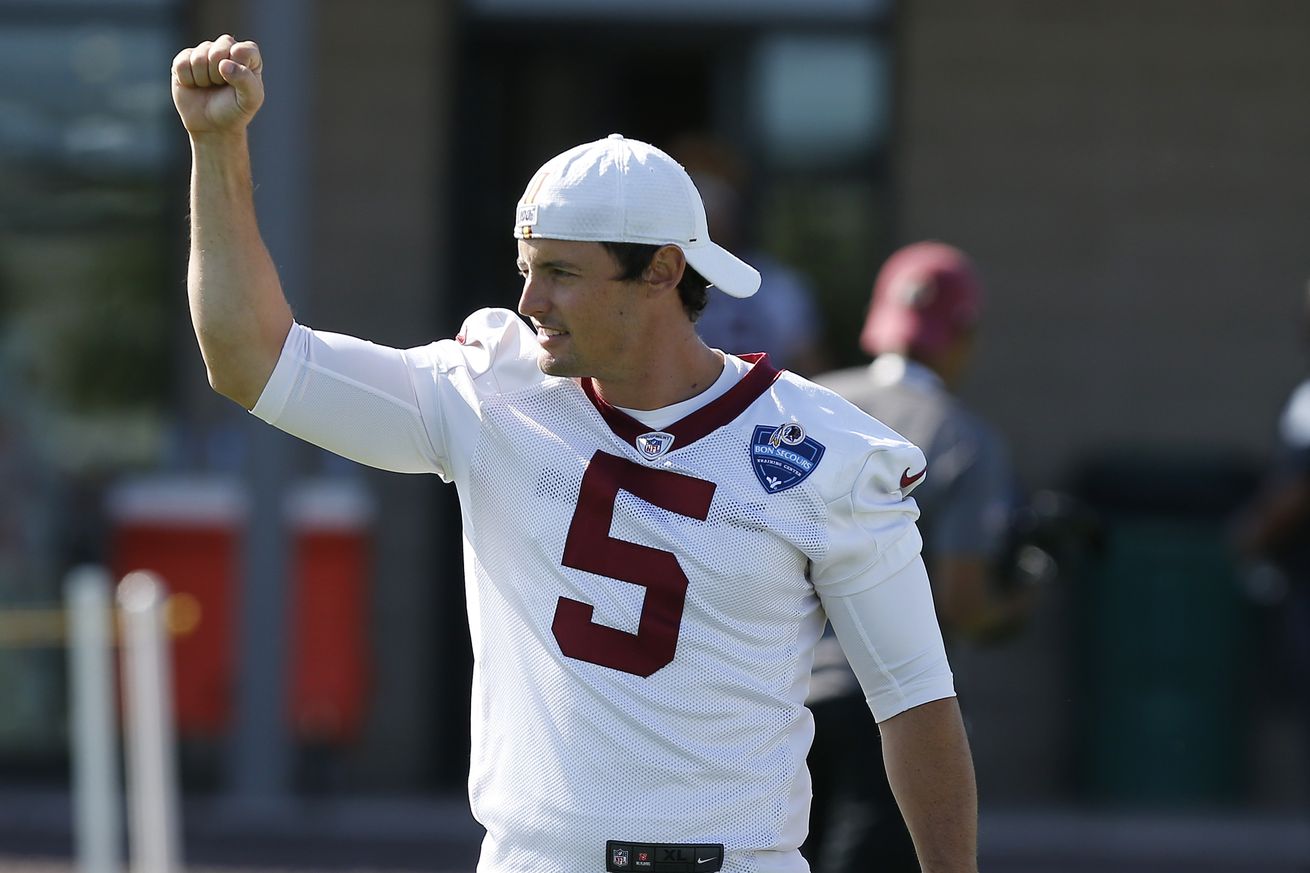 In fact, he should be MVP!

Here’s the info from Redskins.com:

Early in the Redskins’ Week 5 matchup with the New England Patriots on Oct. 6, Tress Way corralled the snap, took a few steps forward and unleashed a left-footed punt deep downfield.

The boot traveled 62 yards — one of Way’s longest of the season — but that’s not why it garnered headlines from the local media. The punt was noteworthy because it landed in the end zone for a touchback, something that Way had not done since Week 15…of the 2017 season.

And since that touchback against the Patriots, Way has punted 41 more times; just one of them has gone into the end zone.

We all saw the 79-yard punt that shot through the Panthers end zone on Sunday. Another Tress Way special that netted 59 yards after the touchback.

Tress Way has been the key to the Redskins ability to play field-position football for two seasons. His leg isn’t just strong — he has a tough that allows him to keep dropping the football near, but not across, the opponents goal line like a beautiful chip shot onto the green.

He also earned NFC Special Teams Player of the Week for his performance against Carolina on Dec. 1, when he averaged 58.0 yards per punt and booted a 79-yarder — the longest punt in the NFL this season.

Outside of maybe wide receiver Terry McLaurin and safety Landon Collins, Way has been the Redskins’ most valuable weapon this season. He’s bailed out a struggling offense and pinned opponents deep in their own territory, making the defense’s job that much easier. And he almost never allows teams to reap the benefits of touchbacks.

Way has been one of, if not the best punter in the NFL since the beginning of the last season, yet his accomplishments have not been recognized league wide. His historic 2018 campaign did not warrant an All-Pro nod or a Pro Bowl appearance. With 41 punts inside the 20-yard line and zero touchbacks, Way was named Redskins’ Special Teams Player of the Year, but nothing more.

Way has often been overlooked by those outside of Washington, but you can help change that. Vote Way to the 2020 Pro Bowl by visiting http://www.nfl.com/probowl/ballot. Then … vote again.