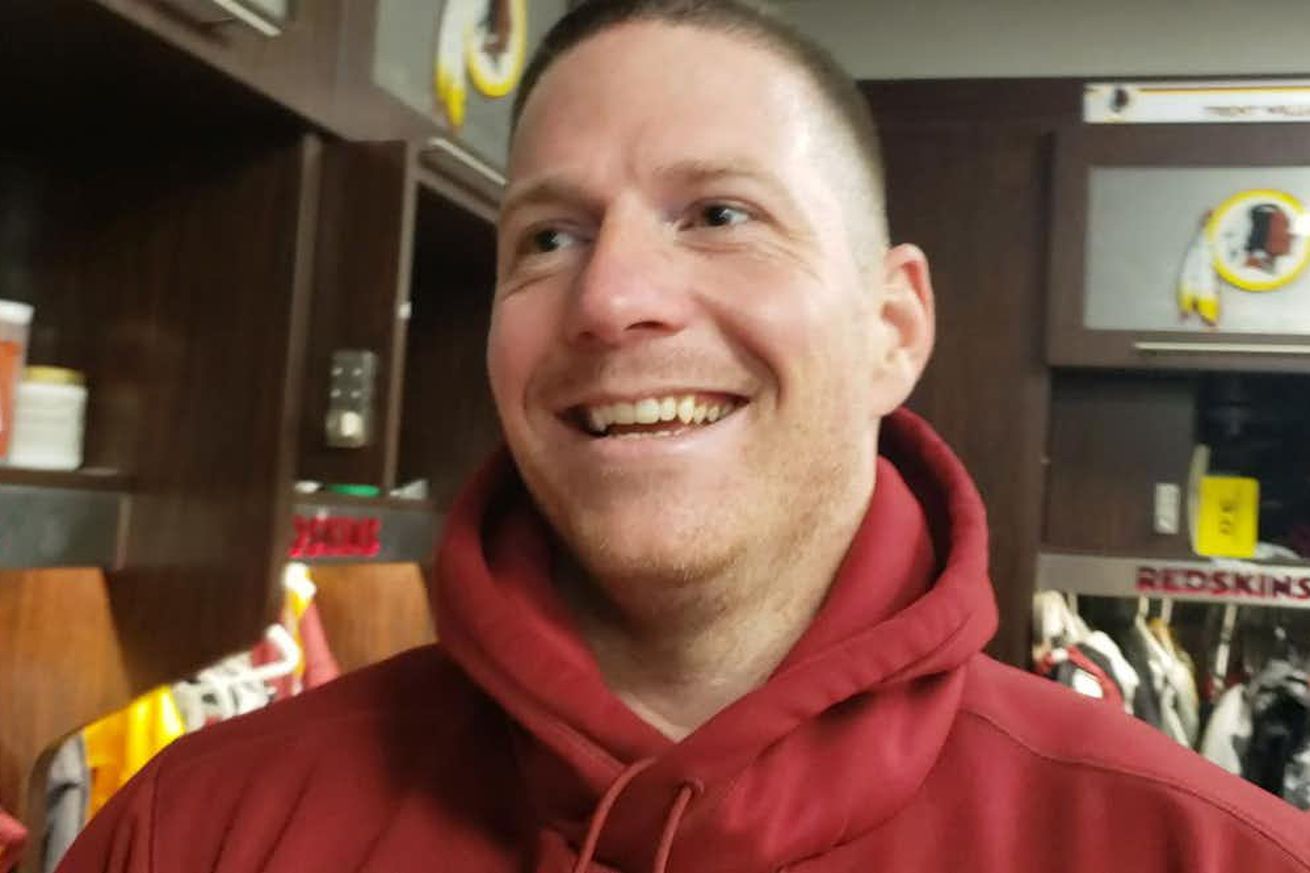 The ‘Skins long-snapper has been nominated twice in three years

All because these children have access to a washer and dryer. Thank you all for your continued support since we launched Loads of Love in 2017. By the end of this year we’ll be in 91 locations across the DMV. #BidNow

Sundberg has been nominated for the second time in three years for this award because of his deep commitment to the community over his 10 seasons with the Redskins. He has participated in countless events hosted by the Washington Redskins Charitable Foundation, including Fuel Up to Play 60 events, the annual All-Star Survivors Celebration honoring women currently fighting breast cancer, Skins Santa Shoppe and many others.

WRCF cut the ribbon on the Loads of Love Program placing laundry centers in schools for children who may not have a way to have their clothes cleaned at home. Nick Sundberg & his wife Flor helped fund & launch the program.

In 2017, Sundberg, in partnership with the Washington Redskins Charitable Foundation, launched the Loads of Love (LOL) laundry program. The LOL program installs washers and dryers in schools that serve students who lack access to clean clothes. Studies have shown that offering laundry services in schools can help boost student attendance rates, class participation and grades. By the conclusion of the 2019-2020 school year, the Redskins Charitable Foundation will have provided more than $750,000 in funding to 91 local schools and non-profits for their own Loads of Love laundry centers.

Guessing most of you know about Sundberg’s LOL program. Many stories written about it… just in case, here’s mine: Redskins’ Nick Sundberg affecting lives with laundry program https://t.co/VSQKf1wwV5

On National Laundry Day earlier this year, Sundberg and his wife, Flor, matched donations from fans benefitting the Loads of Love program up to $25,000. The two were also present at the program kickoff in Richmond, Va. during Redskins Training Camp, helping to renovate and beautify a brand-new LOL laundry center space at George W. Carver Elementary School.

“I am deeply honored to receive a nomination for this award, and there is no greater achievement in my mind,” said Sundberg. “I am proud to be able to continue to help children across the DMV have access to clean clothes. Our goal is to remove the obstacles these children face on a daily basis. Thank you to the Redskins organization and the Redskins Charitable Foundation for their continued support and efforts to expand Loads of Love to help as many families as we can.”

Sundberg will wear customized cleats that support the Loads of Love program for the NFL’s “My Cause, My Cleats” initiative this year. The proceeds from the auction of his cleats will directly benefit Loads of Love.

I know the impact of what clean cloths can do for kids at school!

“We are thrilled to announce Nick Sundberg as the Redskins nominee for the Walter Payton NFL Man of the Year,” said Carlyle Neyazi, Executive Director of the Washington Redskins Charitable Foundation. “He remains committed to bettering our community and to the notion that having clean clothes should never be a barrier for student success. Nick continues to invest his time, energy and resources to help the Foundation grow the Loads of Love program and serve children who face these challenges every day.”

As a nominee, Sundberg will wear a Walter Payton NFL Man of the Year helmet decal through the end of the season in recognition of his accomplishments on and off the field.