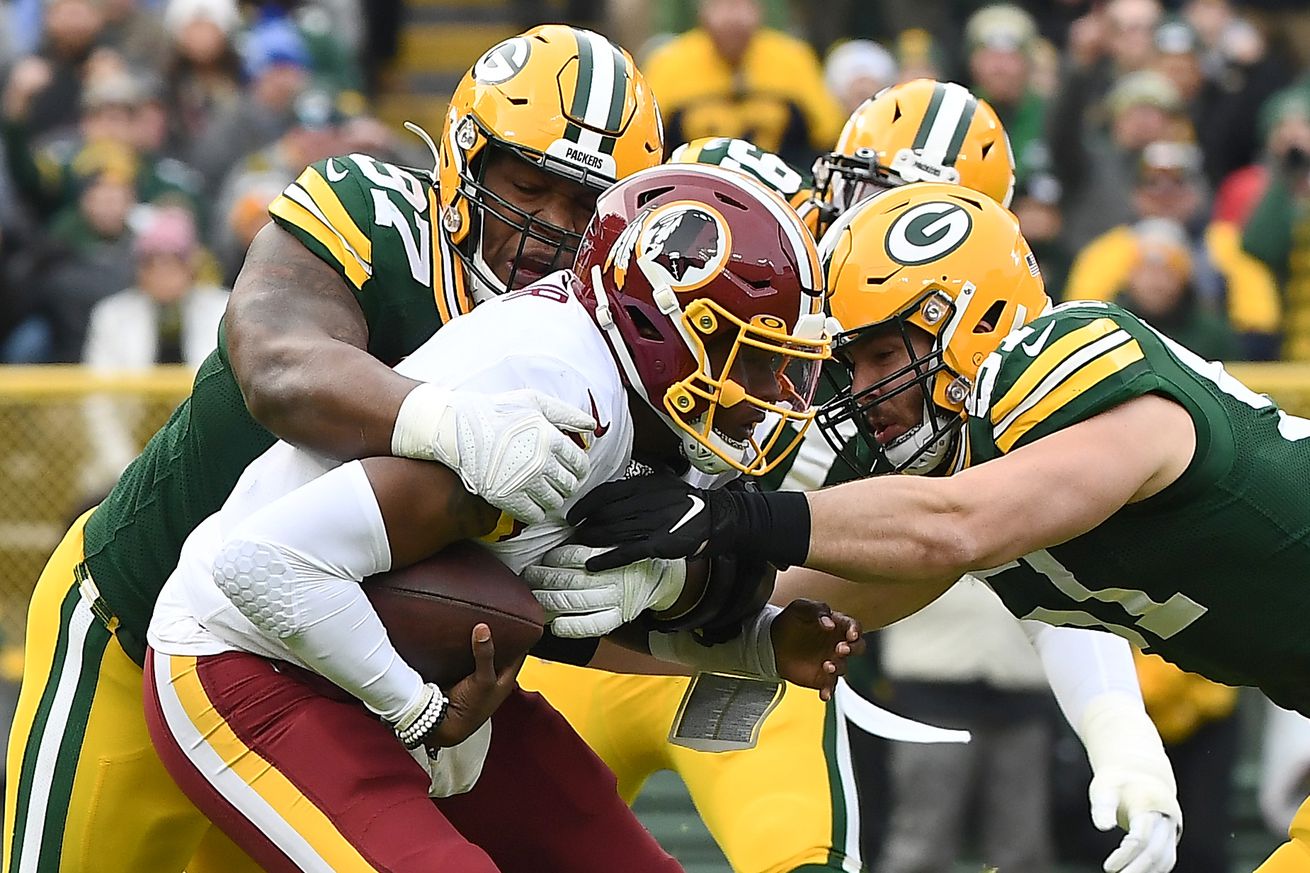 Washington arrived at Lambeau Field with a slim outside chance of making a playoff push, thanks to the collective ineptitude of its NFC East rivals.

The Green Bay Packers would have none of it.

A pair of Aarons sliced the ’Skins defense with quarterback Aaron Rodgers ending with 195 yards and a touchdown on 18-for-28 passing while running back Aaron Jones was nearly unstoppable as he rumbled for 134 yards and a score on 16 carries.

Early on, the Redskins fell into a hole against the NFC North leaders, as the Packers marched down the field with little resistance and scored touchdowns on two of their first three drives.

Entering the game, Washington ranked 31st in time of possession and last in the NFL in yards per game and third-down conversion rate. The Redskins didn’t pick up a first down in the first quarter and converted their first of the game via penalty early in the second quarter.

Rookie quarterback Dwayne Haskins struggled for much of the day and was banged up with an ankle injury for much of the second half. He orchestrated an 11-play, 95-yard drive finished off with a 2-yard scamper by running back Adrian Peterson, though kicker Dustin Hopkins would miss the extra point.

Haskins ended with 170 yards, a touchdown and an interception on 16-for-27 passing. Peterson rushed 20 times for 76 yards. Derrius Guice left the game with a knee injury.

Green Bay held a 14-6 lead at the break and sandwiched a pair field goals between a successful 52-yard field goal from Hopkins in the second half. The Packers led 20-9 with the game seemingly out of reach with 2:34 to go.

But the Redskins wouldn’t go away.

Haskins marched the offense down the field on an eight-play, 75-yard drive in just 1:17. The drive was capped off with a beautiful one-handed 13-yard touchdown catch by rookie wide receiver — and Haskins’ college teammate — Terry McLaurin.

However, Haskins couldn’t connect with a receiver or pick up the 2-point conversion with his feet, which kept the deficit at five. An unsuccessful onside kick sealed the game.