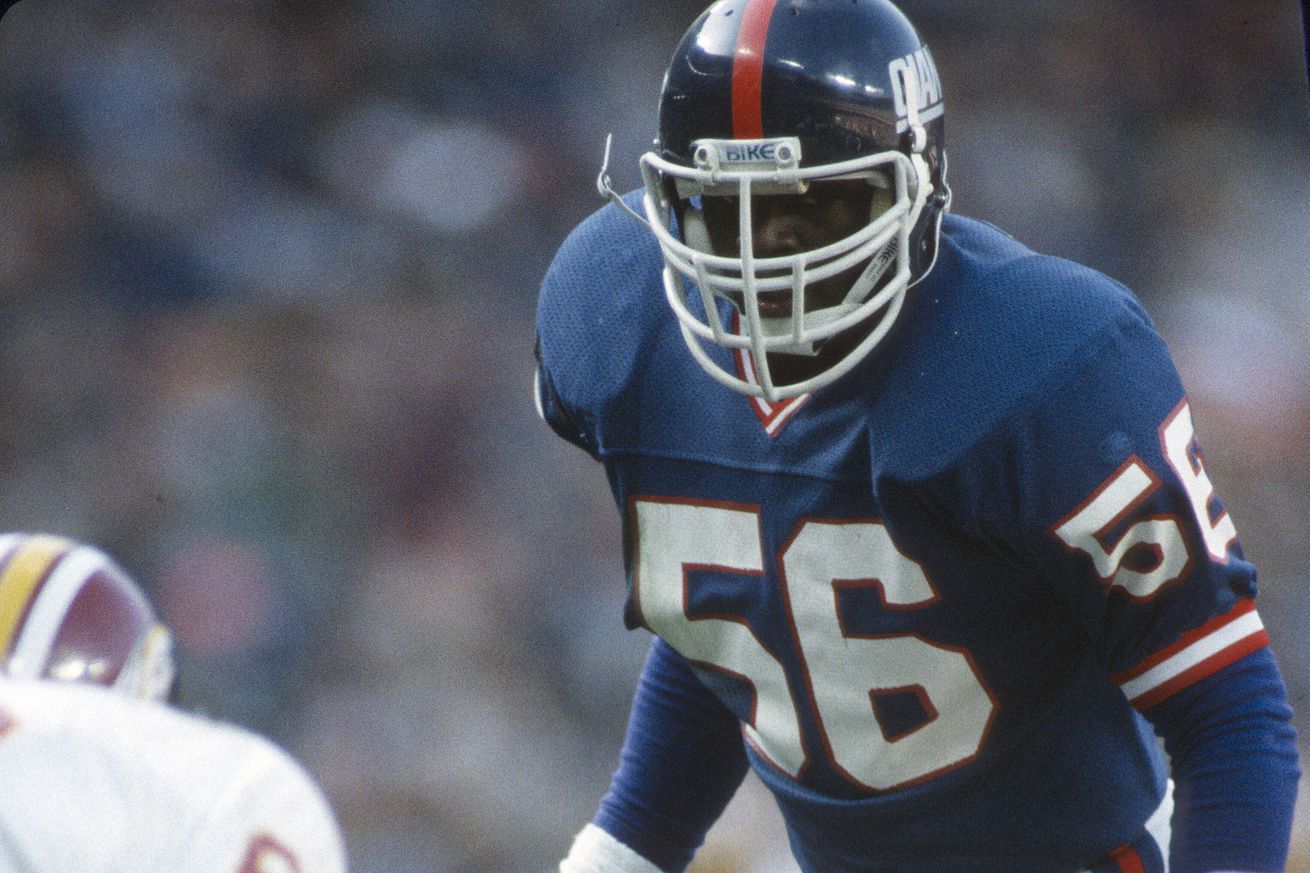 Tom fires up the flux capacitor to return to 1982, where Joe Washington and the Redskins have a critical, late-season game against Lawrence Taylor and the New York Giants

The final minute aside, there was a lot to like about the Redskins’ game against the Philadelphia Eagles.

First, Dwayne Haskins had his best performance as a pro. He still has a long way to go, and I think he’d be the first to say the same, but this was an encouraging, significant step forward. And I’ll never get tired of watching Adrian Peterson run the ball. Meanwhile, Terry McLaurin continues to be a tremendous bright spot during an otherwise frustrating year. Finally, Washington once again looked like a team that showed up prepared and ready to play, something that wasn’t always the case this year prior to Bill Callahan’s elevation to head coach.

Nonetheless, the end result was a 37-27 loss after Philly managed to score two touchdowns in the final few seconds of the game.

Sadly, a game that would be an absolute gut punch for most NFL teams both felt disturbingly familiar, and, worse, actually seemed to represent progress.

And that’s why I’ll once again pivot away from the Redskins’ upcoming game against the Giants, and, instead, take a return trip back to 1982 to watch those Redskins play those Giants.

Preview: The NFL players’ strike had been over for about a month, and teams were scrambling to qualify for the “Super Bowl Tournament.” Although the Redskins came in 5-1, and the Giants stood at 3-3, each team only had three games remaining.

Washington had a shot to wrap up a playoff berth with a win. The Skins had beaten New York 27-17 just four weeks earlier at Giants Stadium. However, that was the first game back after the strike, and both teams had gotten their footing in the month that followed.

In fact, Ray Perkins’ Giants carried a three-game winning streak into RFK. They had just pounded the Eagles 23-7 on the strength of a customarily phenomenal performance from Lawrence Taylor and two Scott Brunner touchdown passes. Oddly, Perkins, who helped the Giants to the second round of the playoffs in ‘81 with Brunner filling in for the injured Phil Simms, had already announced 1982 would be his last with New York (opening the door for Bill Parcells, but that’s a story for another day).

The Redskins had been solid all year, both before and after the strike, but they were still something of an upstart and an unknown. Remember that, at this point, Joe Gibbs was in just his second season as a head coach after going 8-8 (with an 8-3 finish) in 1981. Washington also hadn’t reached the playoffs in any of the previous five seasons, so clinching a postseason berth while sweeping the Giants would be a big deal.

On top of that, the Redskins needed to win to ensure they would keep pace with the conference-leading Cowboys, who had dealt Washington its only loss of the year two weeks prior. Dallas had come to D.C. and soundly defeated the Redskins 24-10.

With snow in the forecast, and a pivotal game in front of them, Joe Theismann, John Riggins, Rich Milot, Joe Washington, and the rest of the Skins would battle Taylor, Butch Woolfolk, Brian Kelley, Mark Haynes, Harry Carson, and the G-Men.

Here’s the full game, as called by Jack Buck and Hank Stram for CBS: