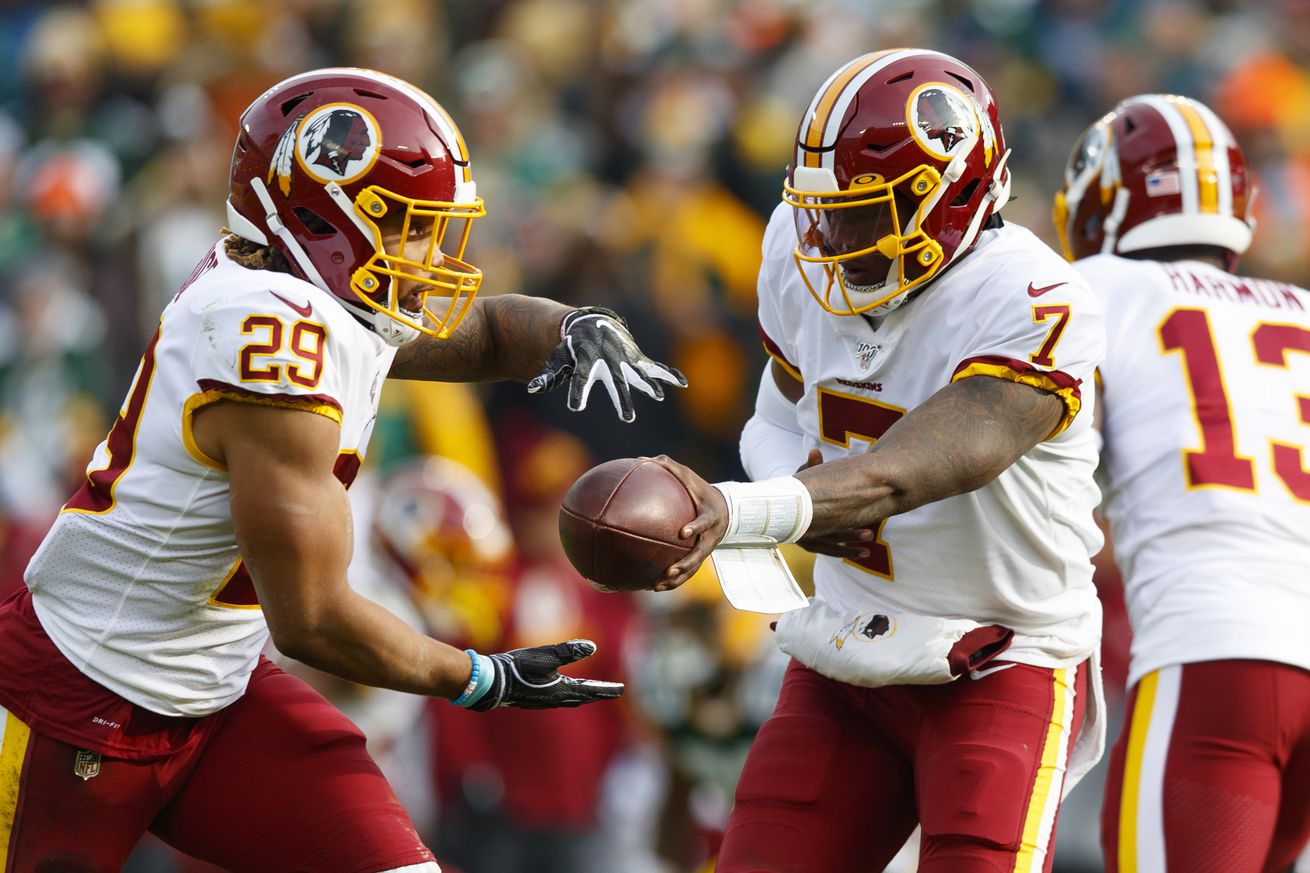 Derrius Guice had his breakout game last week against the Carolina Panthers. He had 10 carries for 129 yards and 2 TDs. Expectations were high for the talented player who lost his rookie year, and half of this season to knee injuries. His unlucky streak continued today when his day was cut short again due to injury.

Guice had broken free for a 23 yard run against the Packers, only his 5th carry of the day. He was taken down by safety Darnell Savage who landed his helmet directly on Guice’s knee. He was clearly injured, but was able to walk off the field, and was standing on the sidelines after visiting the medical tent.

Nice long run by Guice on a wide zone to the right, found the edge and burst up the field. Gets hit low on the leg and goes down hurt. Also watch Haskins after the hand off, limping badly. #Redskins hurting right now pic.twitter.com/zshvyAKg6y

At the end of a long run, Derrius Guice took a helmet to the knee and left the field shaken up.#Redskins pic.twitter.com/ExBym0yM5R

Redskins interim Head Coach Bill Callahan offered no updates in his postgame presser except to say he was being checked out again. John Keim reported Guice would get an MRI on the knee tomorrow. NFL Network’s Tom Pelissero is reporting that the preliminary belief is Guice suffered an MCL sprain.

The MRI will give the team a better idea of how serious the injury is, and whether the team needs to shut him down again. The Redskins were officially eliminated from the playoffs with today’s loss and there are only three games left in the season.

The preliminary belief is #Redskins RB Derrius Guice suffered an MCL sprain today against the #Packers, source said. Further testing will tell the full story for a talented young player who has been through a lot.