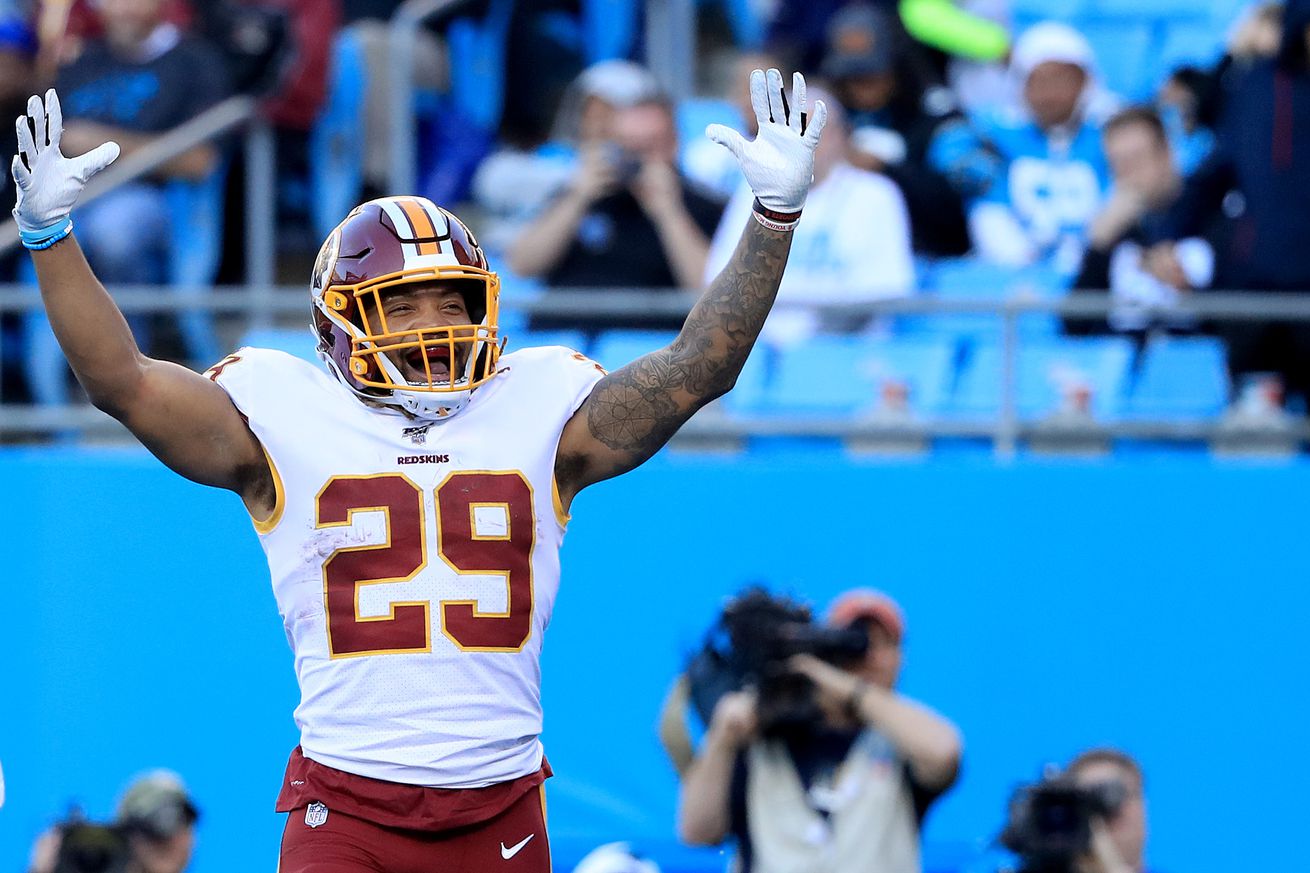 The Redskins stomped the Carolina Panthers 29-21, scored 29 straight points and racked up a season-high 248 rushing yards while improving to 3-9 on the year.

Carolina established a commanding 14-0 lead with a pair of touchdowns on first two drives less than 10 minutes into the game. Quarterback Kyle Allen led the Panthers down the field and completed the drives with scores to wide receivers Curtis Samuel and DJ Moore.

Washington entered as a 10-point underdog and No. 4 in the 2020 NFL Draft order. Under interim head coach Bill Callahan, the Redskins faced a choice: fight or fold.

Despite the objections of some forward-looking fans, they chose the former.

Rookie quarterback Dwayne Haskins Jr. responded to his Carolina counterpart’s strong start and strung together back-to-back field goal drives to make it a one possession game.

Then, Washington played complementary football to perfection in all three phases, which made the playoff-seeking Panthers start to sweat. Punter Tress Way landed the ball at Carolina’s 2-yard line, and Washington’s defense generated a much-needed turnover as cornerback Fabian Moreau intercepted Allen and returned it to the 1-yard line.

The offense closed out the drive as running back Derrius Guice powered his way for the score. However, Haskins couldn’t connect with tight end Jeremy Sprinkle on the 2-point conversion, which kept Carolina up, 14-12.

Washington had a field goal attempt as the half drew to a close, but kicker Dustin Hopkins’ 45-yard attempt was blocked. Haskins and the offense responded with a six-minute drive that resulted in a 36-yard field goal that wasn’t blocked, so Washington went up 15-14.

Later in the third quarter, the Redskins had their backs against the wall at their own 1-yard line. Veteran running back Adrian Peterson delivered for the ‘Skins with a 21-yard run to give the team breathing room, but the drive would ultimately stall.

Guice gashed the Panthers along with Peterson and scampered 38 yards down to the 1-yard line, then punched it in on the next play for a touchdown that put Washington up 22-14. The second-year standout would finish with 10 carries for 129 yards and two touchdowns.

Not to be outdone, Peterson added a 12-yard touchdown run of his own to put Washington up 29-14, which put the Panthers on the ropes. He finished with 13 carries for 99 yards — an average of 7.6 yards per carry.

However, Carolina wouldn’t go away. Allen scrambled and picked up a 17-yard touchdown run, and then the Panthers snapped the longest-active onside kick recovery drought — dating back to 1998 — and gained possession with 1:51 to play in regulation.

Carolina marched down to the 1-yard line but was denied on four tries, and the Redskins prevailed as the defense held strong.

Next, Washington travels to Lambeau Field to take on the Green Bay Packers (9-3). The Panthers fell to 5-7 with the loss and will look to rebound on the road against the Atlanta Falcons next Sunday.