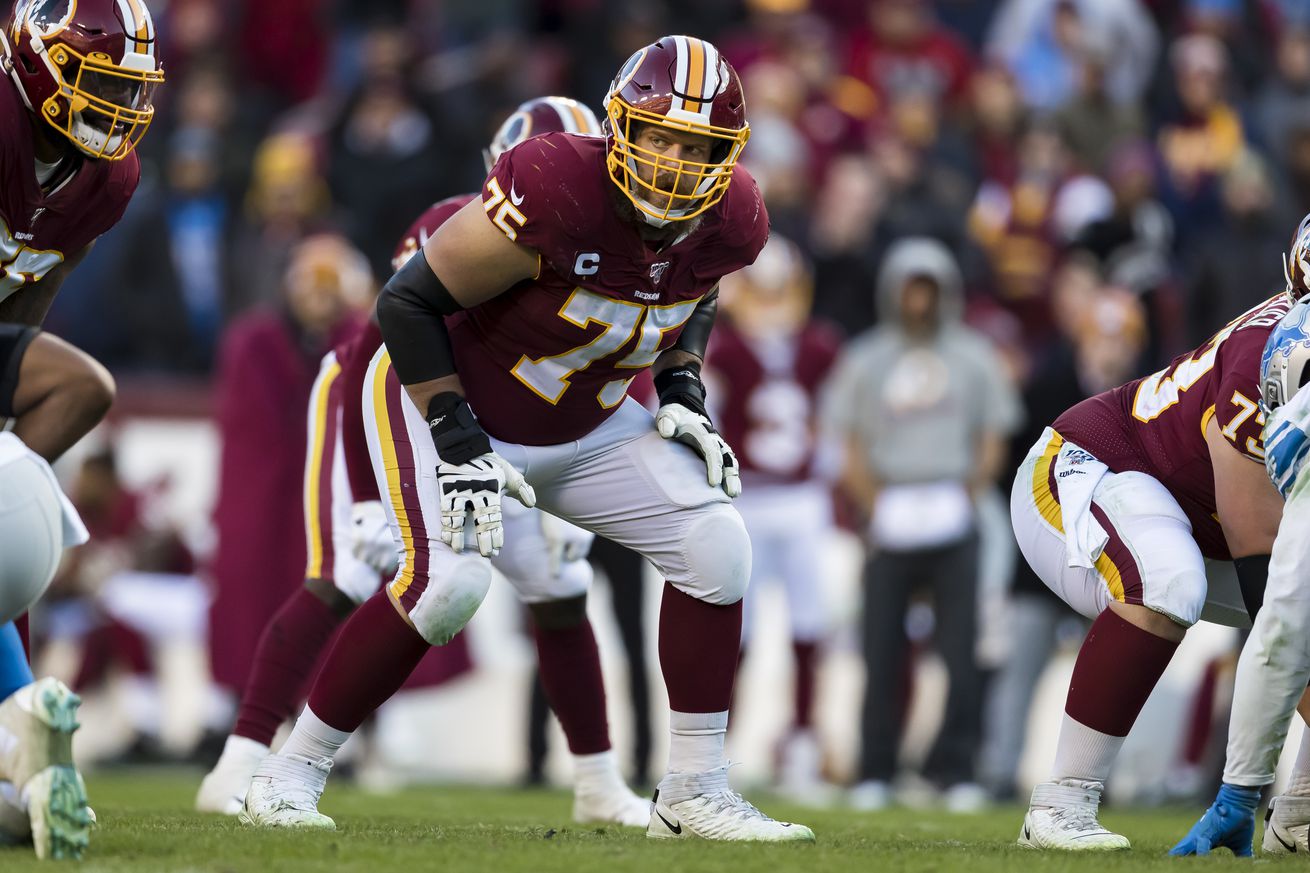 There are two games left and the Redskins are 3-11. The injuries have been piling up and it’s time to get the IR numbers up before the season’s over. Three more players went on IR today, and the Redskins signed 3 more DBs so Josh Norman never has to play another snap in Washington.

Brandon Scherff is the big name on today’s list. He was reportedly visiting a specialist in New York for elbow/shoulder injuries. Scherff is a free agent after this season, and was just selected to the Pro Bowl. The Redskins have reportedly made him multiple contract offers, but no deal has been made. Scherff has stated he wants to play for the Redskins, but wanted to wait until after the season for a new deal. The Redskins have the option to franchise him, but that would be expensive. Last year’s tag was ~$14 million for OL. Rookie Wes Martin gets two more games to audition for the RG job next year.

WR Trey Quinn goes to IR for the 3rd time in two seasons. He suffered a concussion after a nasty hit on a punt return two weeks ago and hasn’t played since. He has been replaced in the slot and at punt returners by Steven Sims Jr.

Rookie Jimmy Moreland injured his foot on Sunday against the Eagles. He said he could hear a bone crunch in his foot which is never good. Moreland was in a walking boot after the game.

The Redskins signed two street FAs and another player from their practice squad. All 3 are DBs, and they join a secondary that lost several players last week. Quinton Dunbar is still hurting, Moreland and Fabian Moreau got injured, and Simeon Thomas was suspended for 4 games. The Redskins did get Danny Johnson back from the PUP list this week and he was needed.

The #Redskins have made multiple roster moves including placing Jimmy Moreland, Trey Quinn and Brandon Scherff on the reserve/injured list.