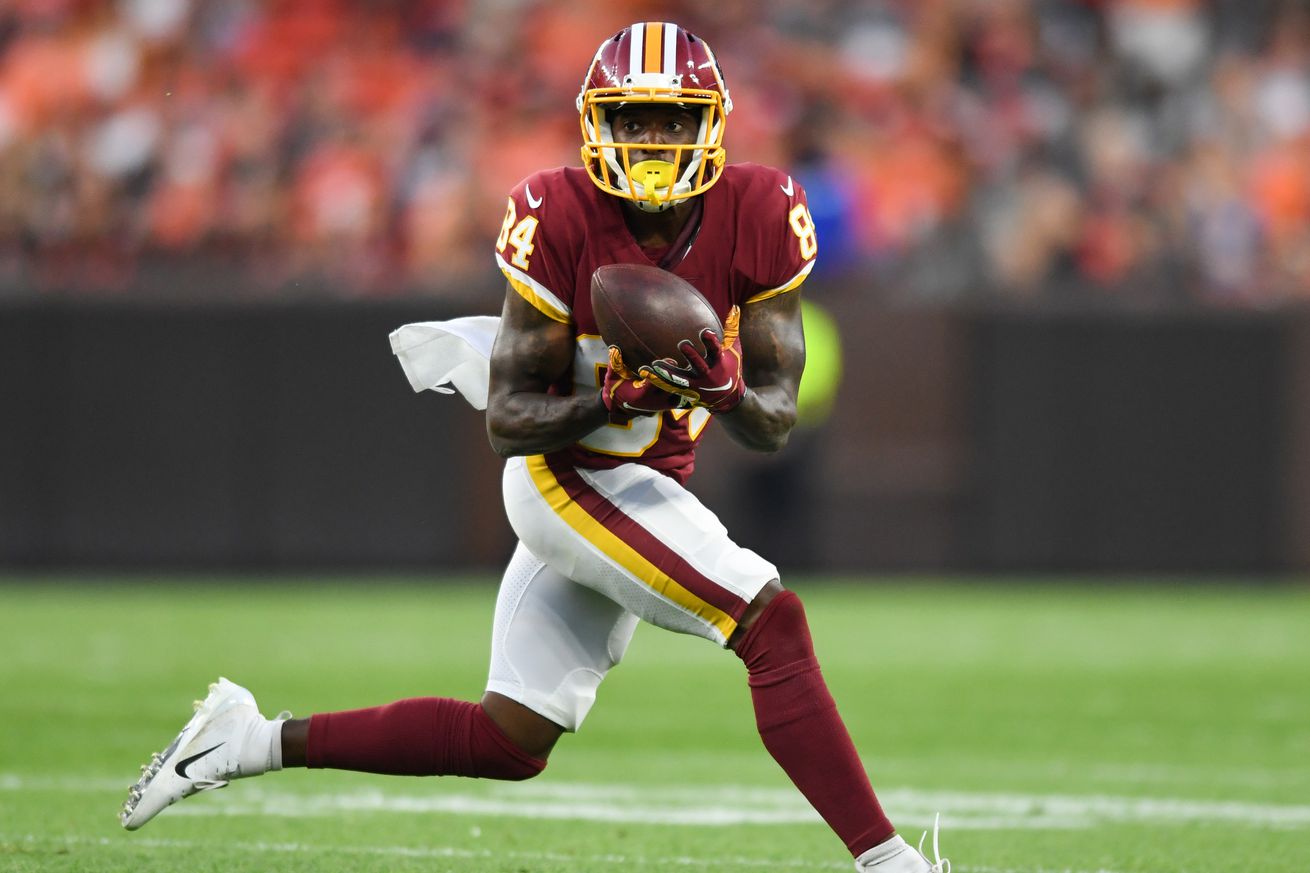 The Redskins are short at WR this week with Paul Richardson(hamstring) missing another game, and Trey Quinn in the NFL’s concussion protocol. The plan was to start the three rookies(Terry McLaurin, Kelvin Harmon, and Steven Sims Jr.), and have Cam Sims as the 4th receiver.

That is pretty thin, so the Redskins have signed Darvin Kidsy(6′, 190 lbs) from the practice squad. Kidsy was an UDFA signed by Washington last year. He made the active roster late in December and played in two games. He didn’t make the team at cutdowns again this year, but was signed to the practice squad in October.

The Redskins made room on the roster by placing safety/special teams captain Deshazor Everett on injured reserve. Interim Head Coach Bill Callahan said the Everett’s shoulder flared up, and ruled him out of the Packers game yesterday. Everett has been dealing with shoulder and ankle injuries this season. Jeremy Reaves was signed to fill in while he was out, and will continue to be the Redskins 4th safety.

The #Redskins placed Deshazor Everett on the reserve/injured list.

The Redskins placed Deshazor Everett on injured reserve and promoted wideout Darvin Kidsy from the practice squad. They didn’t need another safety because they already were making Jeremy Reaves inactive on gamedays