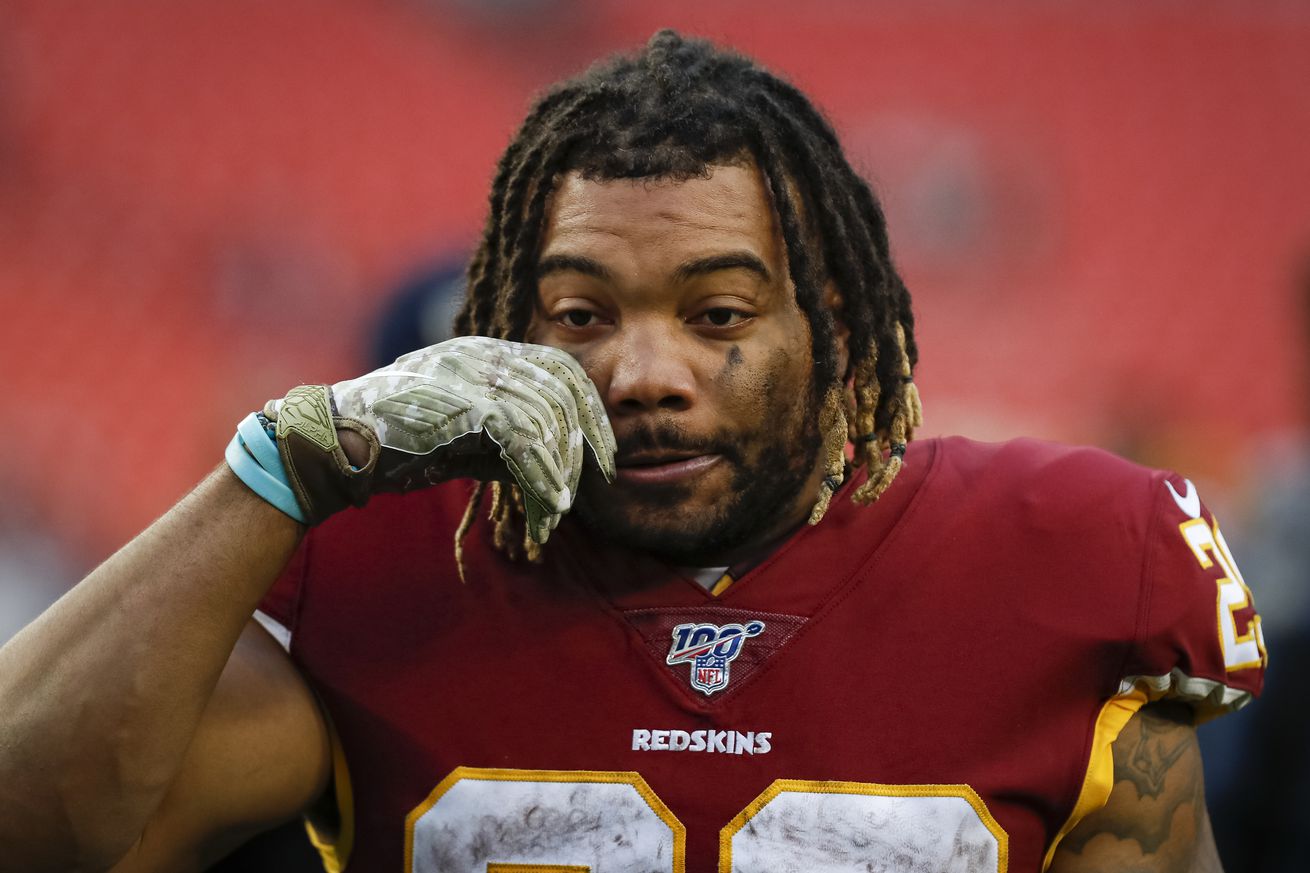 Derrius Guice’s season is officially over. The Redskins placed him on IR today after he sprained his MCL against the Packers on Sunday. Bill Callahan had already ruled him out for this week’s game against the Eagles. The Redskins only have 3 games left and are 3-10 and officially eliminated from the playoffs. Guice joins Trey Quinn in the IR’d twice in one season club.

The Redskins also made a few other necessary roster moves today. It was announced earlier that CB Simeon Thomas was suspended 4 games for violating the NFL’s substances of abuse policy. He will be replaced on the roster by Danny Johnson who was activated from the PUP list. Johnson has been dealing with a knee injury since last season.

The #Redskins have placed Derrius Guice on the reserve/injured list.