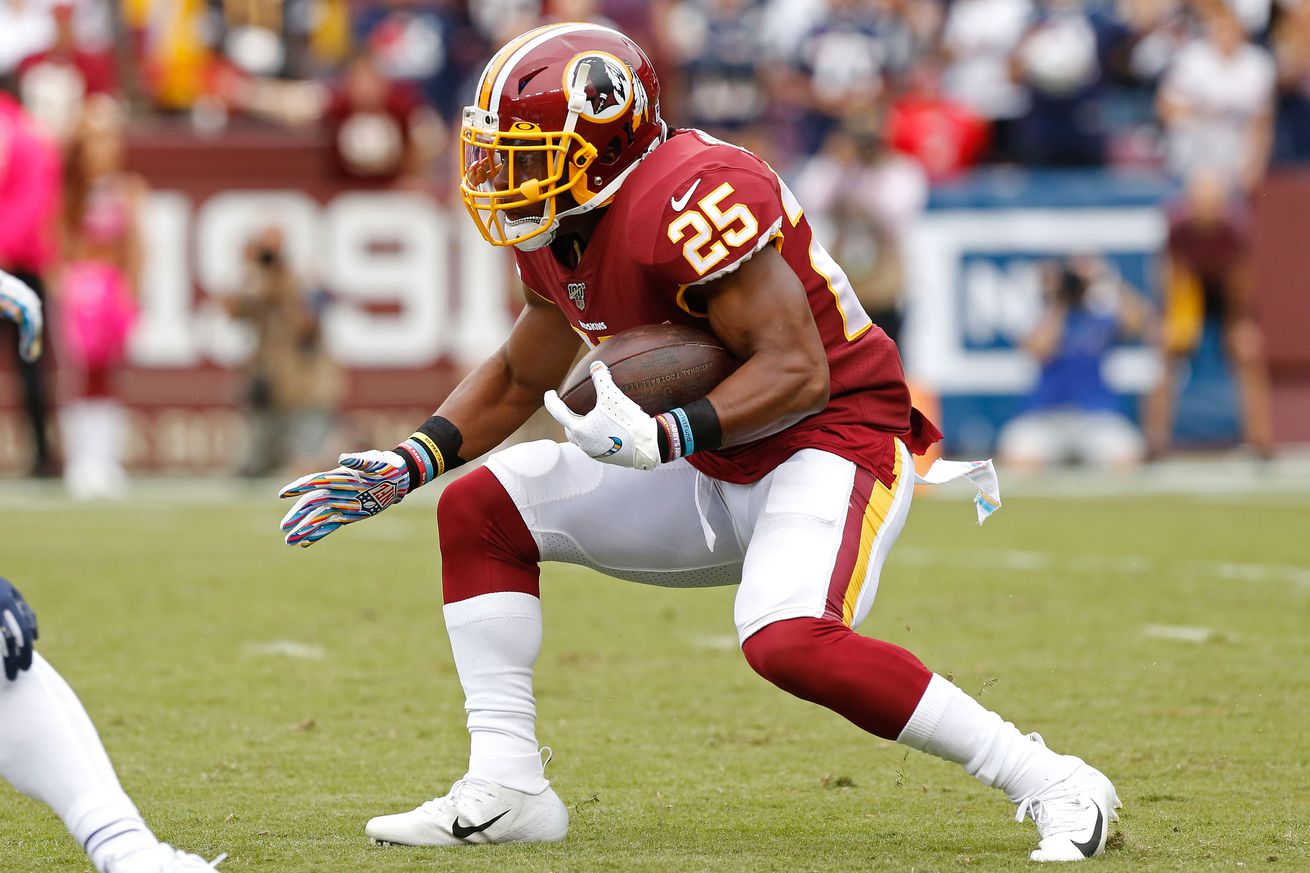 Who’s out vs the Panthers?

The Redskins ruled out two players for today’s game against the Carolina Panthers on Friday. Paul Richardson Jr. returns to the inactive list after returning from a hamstring injury last week. Ryan Kerrigan is today’s big inactive. He suffered a concussion against the Lions, and remains in the NFL’s concussion protocol. This ends his 139 game streak of starting games that started Week 1 of his rookie season in 2011.

Chris Thompson returns to the active lineup today after missing 5 games with turf toe. Daron Payne was listed as questionable, but he will return an ankle injury that forced him to miss last week’s game against the Lions. Josh Norman will be active again this week, but not starting against his former team.