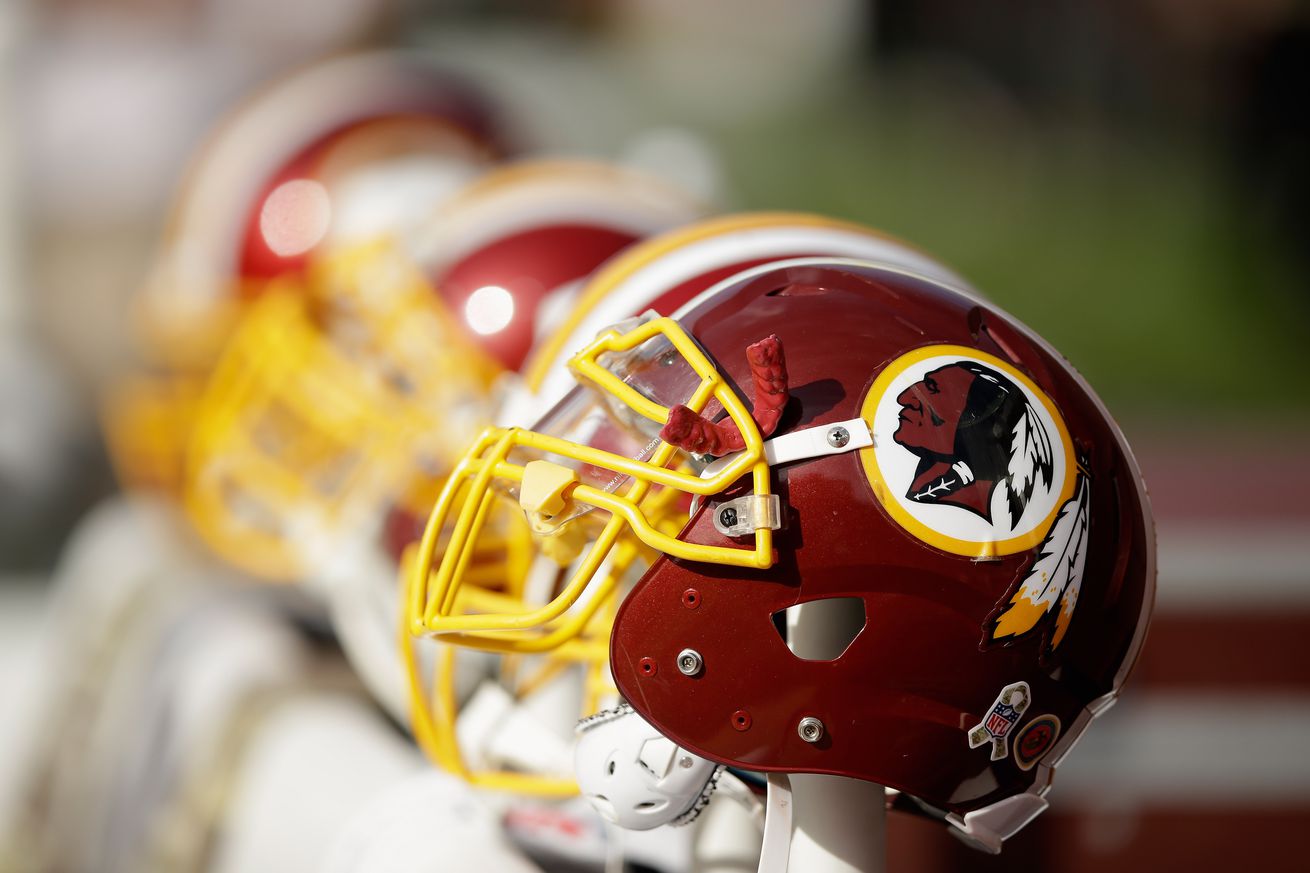 I’d like to make a few observations about the chart above.

First – Terry McLaurin is a beast
With a 15.3 yards-per-reception average and 110.5 passer rating when targeted, McLaurin is terrorizing defenses. I’m shocked (in a good way) to see that he has 12 catches of 20+ yards out of 46 receptions. Also, his 37 first downs are another mind boggling stat — that mark of 80.4% puts him third overall among wide receivers with at least 40 receptions (behind Alshon Jeffrey and Mike Evans). When you throw in his 6 touchdowns, that amounts to a lot of chain moving and a lot of scoring for an offense that hasn’t done much of either this season.

Second – Paul Richardson isn’t a good salary cap value
Richardson is being paid like a second-tier receiver, but his production is not really distinguishable from the three players listed on the chart below him – last year’s Mr. Irrelevant, this year’s 6th rounder, and a small college UDFA.

Richardson, who plays on the outside, has an average per catch that is comparable to Quinn and Sims, the two slot receivers. Terry McLaurin is providing the production in terms of yards and touchdowns that Richardson was expected to provide when he was signed, but Scary Terry is doing it much more cheaply. Richardson’s cap hit is more than 9 times that of McLaurin’s. In fact, when you combine the cap hits of McLaurin, Harmon, Quinn and Sims together, they amount to just $2.36m, or about 33% of Paul Richardson’s cap hit.

This begs the question

If Paul Richardson is playing like Just A Guy, but getting paid like a talented above-average veteran receiver, should the Redskins continue to keep him on the team?

In short, I believe the answer is a resounding “no”.

I wrote an article about Paul Richardson when he was signed in the 2018 off-season in which I thought my lukewarm feeling about the signing was obvious.

Here are a few quotes from that 2018 article:

He hasn’t even got 100 catches in his NFL career, but the Redskins gave him a contract worth $8m per year in hopes that Richardson will supply what the Redskins were missing in 2017

Paul Richardson’s injury history and career production don’t immediately point to a player that will be integral in helping the franchise achieve lofty goals.

Richardson has not had a spectacular career.

Some might say his career has not even risen to the level of mediocre. In 47 games, he has less than 100 cumulative receptions for just over 1,300 yards.

Suffice to say that I was not a fan of the Richardson signing last season, and nothing in the wide receiver’s time in Washington has improved my opinion of the decision to sign him to an $8m per year contract. He managed to play in just 7 games last season, and in the 13 games the Redskins have played so far in 2019, Richardson has failed to record a receiving statistic in five of them, and had just a single reception for 6 yards against the Lions.

Richardson is frequently injured and unavailable, produces at only a moderate level (only one game this season over 42 yards), and he has a lucrative contract.

In fact, when looking at the Redskins roster, if you include Alex Smith and Jordan Reed, Richardson’s contract has the 6th highest salary cap hit on the team in 2019. Like Josh Norman, he is not producing at a level that justifies the contract he has.

But it’s a contract that the Redskins don’t have to be stuck with.

[F]or all the commitment indicated by the $40m contract, the Redskins hedged their bets. First, they hedged against performance by putting in roster guarantees that ‘vest’ in 2019 and 2020, and secondly, they hedged against injury by including per-game roster bonuses of $500,000 per season.

If the Redskins decide in, say, February, to cut Richardson, then a few things will happen.

These are excellent reasons for the Redskins to part ways with Richardson prior to the start of free agency in mid-March.

The only salary cap-based argument that some people are likely to make has to do with dead cap hit.

I have written before on this blog several times, and I will repeat it now: when making decisions whether to keep a player or part ways with him, dead cap should not be a consideration.

Basically, dead cap hit represents money that has already been spent. It no longer belongs to the Redskins; it has already been given to the player. Whether he plays for the team this year or not, he has the money and the team will never get it back.

Dead cap can be useful in assessing the efficiency of the front office, but dead cap is not inherently evil. The guy in charge of the salary cap should, in fact, be looking at every contract and structuring it so that the team can reasonably absorb the dead cap hit at any time that the player isn’t performing up to his contract.

Paul Richardson’s contract is structured exactly that way. As mentioned in the article that I wrote last year, the Redskins can cut Richardson after the ‘19 season having paid him $17.5m, or $8.75m per year for two years. Given his injuries and mediocre production, this doesn’t represent great value, but the team can stop the bleeding at the end of the season by giving Richardson his walking papers.

The choice is this:

Be aware that if the Redskins wait another year to cut bait on Richardson, that $22.5m savings will drop to a $16m savings.

To me, the answer is clear. Washington should not throw good money after bad. Paul Richardson should be one of several high-priced and underperforming veterans that should be released or traded this off-season.