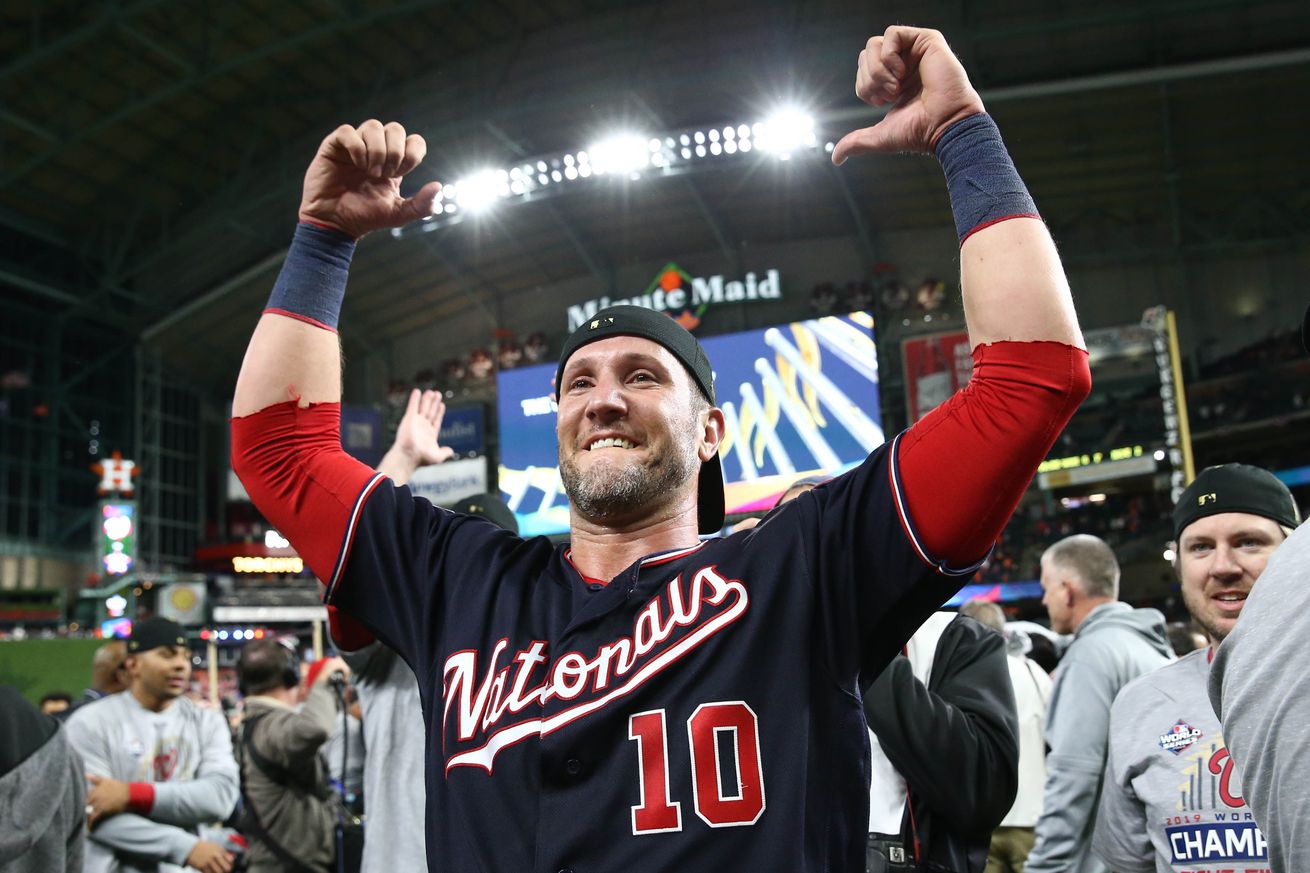 It started about 4 or 5 days ago, when Thomas Boswell of the Washington Post published a story titled, What once seemed impossible is now undeniable: The Redskins have lost Washington.

To be fair, it probably started 20 years ago when Dan Snyder bought the Redskins franchise, but I’m guessing neither of us has the time for that.

The prestige and status of the Washington Redskins within the D.C. area reached their absolute bottom — the lowest point in the existence of the franchise in this city since 1937 — on Sunday at FedEx Field.

Just 15 days earlier, a downtown parade celebrated the World Series victory of the Washington Nationals. The 2018 Stanley Cup champion Washington Capitals have the most wins in the NHL. Over the past 18 months, a trend, many years in the making, has turned into a stunning transformation.

Washington has discovered that champions can live here. So why tolerate, let alone support, an atrociously run and constantly embarrassing franchise with a moral compass that is as twisted as a corkscrew?

Something that was unthinkable for my entire lifetime, since my Sammy Baugh-loving father took me to see the Redskins play the Baltimore Colts when I was 10 in 1957, has now become obvious. The change happened slowly. Then, over the past 18 months as the Nats, Caps and WNBA’s Mystics showed Washington could win titles, the flip happened fast: The Redskins lost Washington.

This thought certainly wasn’t original; Boswell wasn’t the first to say it and he didn’t really say it better than anyone else has. But he said it in the Washington Post, and that counts for something.

FanPulse voters have been making their feelings known for a while now. After “peaking” at a confidence level of 3% (meaning a lack of confidence level of 97%) prior to Dwayne Haskins’ first game as the official starter with his name at the top of the depth chart in Week 11, the confidence of Redskins fans has fallen precipitously to just 2% following an embarrassing home loss to the struggling New York Jets.

The Washington Post is back at it today, publishing a story that would have been shocking to sports fans not so very long ago, but today simply provides confirmation for what we already know:

A World Series title coupled with years of on- and off-field blunders by the local football team has reshuffled the sports hierarchy in Washington, and the Nationals are now clearly the city’s favorite sports franchise, according to a poll from The Washington Post.

More than one in four D.C. residents — 28 percent — name the Nationals as their favorite local team, four times the number that named them in 2010. Meanwhile, fandom for the Redskins, long the dominant sports team in the region, has plummeted, with just 13 percent of Washingtonians now calling the Redskins their favorite local team, down 21 percentage points from 2010.

The story goes on to provide plenty of breakdown of the demographics (black respondents support the Redskins in greater proportion than white respondents; young people are less supportive than older fans who remember the super bowl years).

It also discusses a few other issues that have led to the decline in support. The transience of the city residents plays a part, with long-term DC residents showing more support for the team. The ever present “name debate” that runs hot and cold was mentioned as a factor that hurts support for the Redskins. But, in the end, the article says, “[I]t’s not really a complicated question.”

“The Nationals,” said Nathaniel Cruz, 35, a lifelong Washingtonian, “Because they win. To be my favorite team, you got to prove it. You got to win.”

The article points out that the announced paid attendance at last Sunday’s home loss to the New York Jets was 56,426. It adds that this total is the lowest the franchise has posted since December 2013 — a game that drew an announced crowd of 56,247 in bad weather conditions.

Redskins average home game attendance this season is around 67,000, down from 85,000 a decade ago. For a franchise and owner whose stadium deal ends in 2027, and who face resistance in securing a new stadium deal for a variety of factors from citizens who don’t want to spend public money to finance a stadium to those who see an opportunity to leverage Dan Snyder into changing the name, this is bad news.

None of it really harms Dan Snyder very much due to the unique revenue sharing model that the NFL employs.

Bloomberg just published a piece that provides some numbers to explain why Dan Snyder’s bumbling doesn’t really cost him financially.

The NFL has multiyear, multibillion-dollar contracts with CBS, NBC, Fox, ESPN and DirecTV. That money is equally divided among the 32 teams, along with certain marketing and licensing deals negotiated by the NFL. In 2018 that pool of money amounted to $8.1 billion, or $255 million per team.

[W]hen you include insurance, pensions and the like, most teams pay well over $200 million in salary-related expenses. Even so, the national TV contract alone more than covers the owners’ biggest expense.

One of the first things Snyder did after buying the team was cut a $205 million, 27-year deal with FedEx Corp. to change the name of the team’s stadium in Landover, Maryland, from Jack Kent Cooke Stadium to FedEx Field. (Cooke owned the team from 1974 until his death in 1997.) Snyder has since plastered FedEx Field with corporate sponsorships. In 2002, he cut a deal with Diageo Plc, the big liquor company, to put billboards in FedEx Field; they were strategically located to make sure that TV cameras would have to show them.

By one estimate, when you throw in parking and food, two people will pay $567 to attend a game, the ninth-highest cost for attending a league game. Snyder charges for fans to attend preseason practices (he charges for parking, too). He has come up with all kinds of schemes to extract fees from fans: fees to cut the security line on game day, for instance, or to get season tickets ahead of people who had signed up earlier. Indeed, all those empty seats may be held by season ticket holders who decided not to bother going to the game.

This all adds up to a situation that offers very little hope to the dwindling Washington Redskins fanbase. The franchise is under siege; it has been for a long time. But the owner is well protected in the financial bunker that is the NFL — a partnership of 32 billionaires that is one of the most enjoyable and lucrative business models a man can be a part of.

Dan Snyder isn’t going anywhere, which means that naming Dwayne Haskins the new starting quarterback a week ago, hiring a new head coach in January, and holding the second overall pick in the draft in April all amount to nothing. Danny isn’t finished breaking his toy yet.

If you’d like to add your voice to that of other Redskins fans via the FanPulse weekly surveys, simply click here to sign up. We want to hear your opinions!