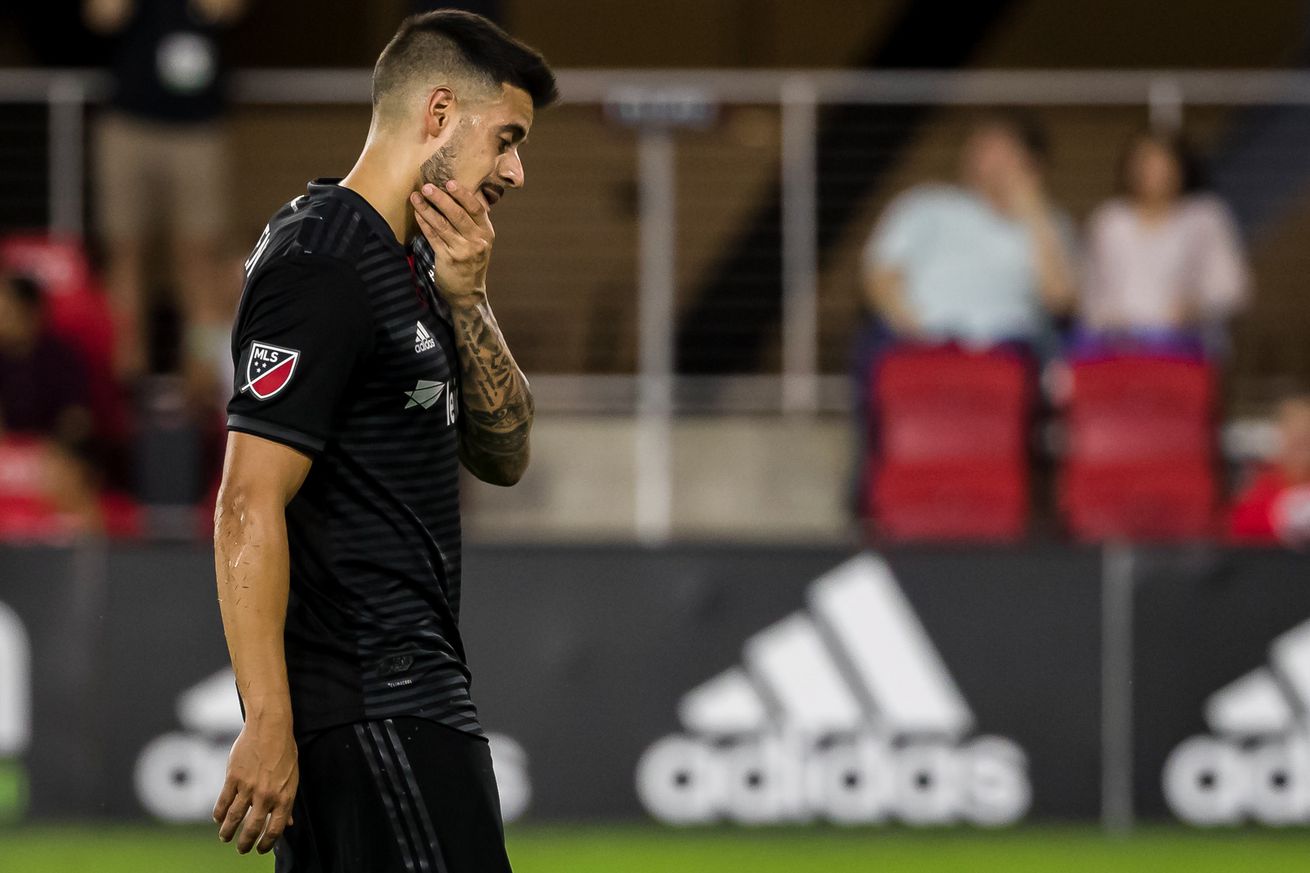 Junior Moreno’s 2018 season was one that started slow due to his acclimation to MLS but he wound up quietly being one of the better pickups of the prior offseason by D.C. United GM Dave Kasper and impressed darn near all of you. So 2019 should have been easy, right?

Well, yes and no. On field, Moreno played roughly as much time as his position mates (Russell Canouse and Chris Durkin) did combined, and we know Canouse spent the end of the regular season at right back while Moreno paired with midseason acquisition Felipe Martins. He still missed some time, both to international duty (Moreno’s Venezuela squad advanced out of Copa America group play but lost in the quarterfinals to Argentina) and to personal reasons, specifically the death of his father, which occurred just before he left for the summer tournament.

Getting back to the onfield portion, Moreno found himself beaten a little more defensively this year, with defenders dribbling past him .7 times per game, or about 24 times in 2019. Which doesn’t sound like a lot, but is more than double his 2018 total when he and Canouse bossed the center of midfield for D.C. (it also should be noted that, while perhaps an outlier based on past performance, Felipe was dribbled past in D.C. almost as much in 9 games for D.C. as Moreno was all season). The dribbling past led to a few more fouls, as he went from one yellow in 2018 to three (and a red) in 2019. Moreno still remains a top notch passer, leading the team at 88% accuracy and saw his time on the ball increase as well, with dribbles per game quadrupling from 0.2 to 0.8 and his passes per game went from approximately 42 in 2018 to 59 in 2019.

Moreno still makes about $160,000 in guaranteed compensation so if 2019 could be considered a ‘down’ year for him, his boxcar numbers are still good, plus he’ll have a better shorthand with Felipe, presuming that Canouse returns back to his spot. He was also working on getting a green card shortly after the season ended which takes him off the international roster spot count as well.

But hey, let’s open the floor: