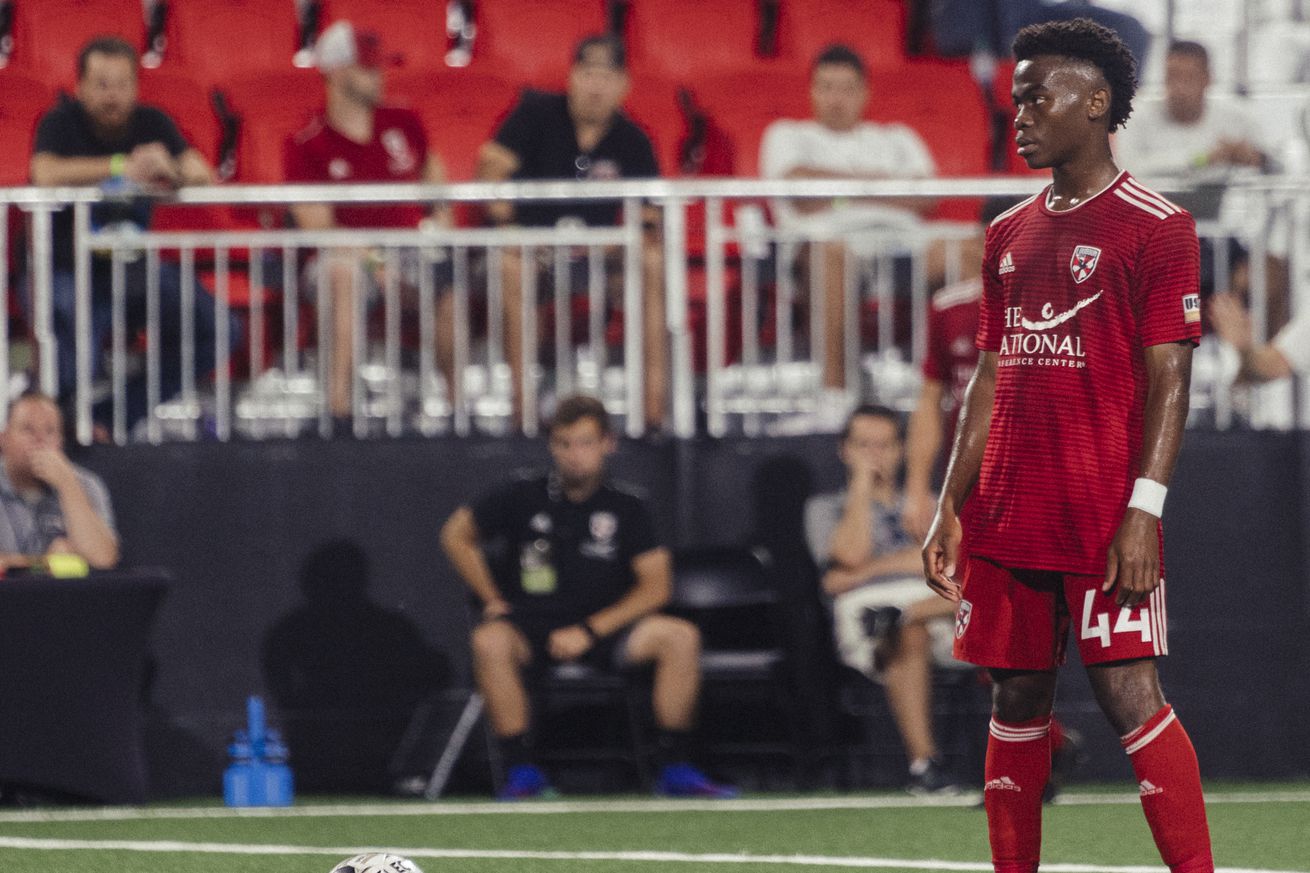 Arguably D.C. United’s brightest prospect, the teen gets a review too!

Moses Nyeman had been plying his trade with D.C. United’s Academy continually above his age level for a couple of years now, recently with the U-17 teams, but also getting some attention at the U-16 level. Like Griffin Yow, he’s been seeing some United States appearances, but as he does not have citizenship yet, he has been invited to numerous camps and invitations, scoring goals (as he did in November’s Nike friendlies against the US and Netherlands U-17 teams). Identified early on as one to hold onto, the case could be made he was D.C.’s most talented prospect in recent times, possibly its most heralded.

He served as a pilot program of sorts for Ryan Martin when Martin took over coaching Loudoun United (D.C.’s USL team) in late May. Martin coached Nyeman at the Academy level and thought along with Kasper and other technical staff members that some minutes with professionals could do some good. And he made his professional debut on June 6 (next to fellow Academy player Bryang Kayo), starting on June 9. Nyeman would eventually appear in 15 games (starting 10) for Loudoun in the last 4 months of the season, registering a goal and an assist. Nyeman created 13 chances (eighth best on the team) and his 86.6% pass completion was second best amongst teammates with similar or more minutes. He made 17 of 20 attempted tackles defensively and his first four pro months still put him 15th in the USL Championship’s 20 Under 20 list for 2019. Between Loudoun appearances, Nyeman would still play with the Academy and United States teams, before signing a homegrown contract with D.C. in October.

Nyeman is listed at 5’5” on the club website, and plays central midfielder in a box-to-box role but is not afraid to move up in attack, and has quick acceleration and movement on and off the ball that not many his age possess. Witness this sequence in Loudoun’s last game of the season against the New York Red Bulls II:

In addition Nyeman, who turned 16 last month, has been training with the U-19 team of Borussia Dortmund in recent weeks. While it would not be unexpected to see Nyeman play the full year at Loudoun, Charlie Boehm understands that the opportunity to get into the 18 for D.C. will be there if he does well in training. Should Nyeman make any 18 over any current (read: healthy) central midfielders, it would cement his reputation as being the real deal, and given his brief time at Loudoun, he’s shown he can handle at least the first step from playing against kids to playing against grown ups.