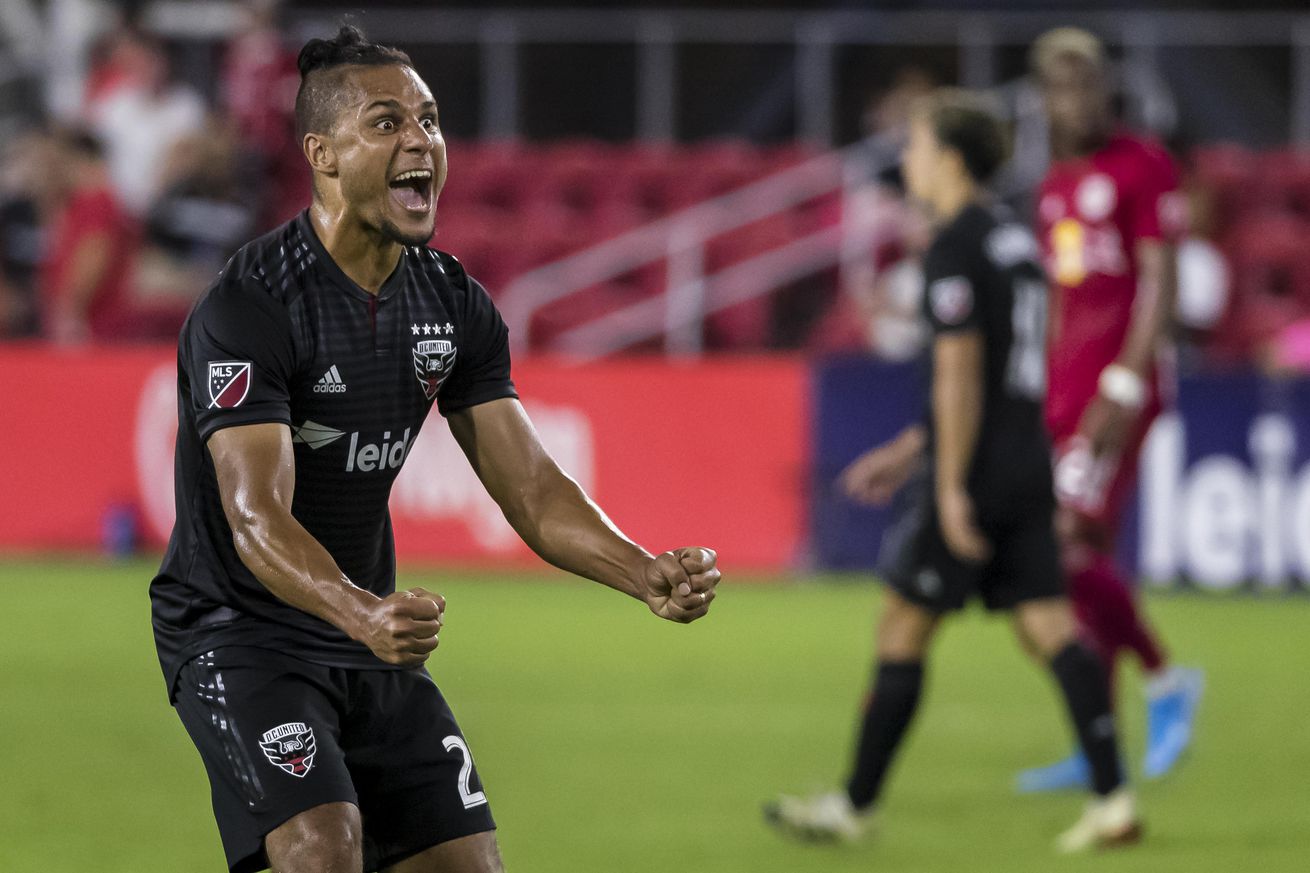 Quincy Amarikwa’s 2019 was defined by 4 words: “I’m in your head.” The veteran forward was signed by D.C. United on March 1st, on the eve of the beginning of the season for the Black-and-Red. Signed to serve as a backup to Wayne Rooney at forward, Amarikwa knew that he would not be a starter for the team, but he was determined to make an impact in the time he was on the field. However, his impact was only felt in a few matches where he was able to affect the game and the scoreboard.

Amarikwa had 24 appearances for D.C. United in 2019 (including 1 U.S. Open Cup appearance), scoring 1 goal and adding 1 assist. Most of his appearances were in a substitute role, making only 3 starts. His best appearances were in a draw against the New England Revolution on July 12th and a win against the LA Galaxy on August 11th. Against the Revs, he entered the match in the 82nd minute with the team down 2-1. In the 88th minute, he was able to score off a Wayne Rooney free kick, getting free inside the box and kicking the ball home for the equalizer.

The other main highlight for Amarikwa came against the Galaxy on August 11th. With no Wayne Rooney in the lineup fresh off the news of his impending departure for Derby County, and just after the team had signed Ola Kamara, Amarikwa was thrust into the lineup to provide some scoring presence. He was able to provide an assist on the night, but his impact was on the defensive end against Zlatan Ibrahimovic. On every corner kick for the Galaxy, Amarikwa was charged with the task of keeping Zlatan at bay, and he did so by using his head:

No room at all for Zlatan. pic.twitter.com/pDnx5T2Rhl

D.C. United would go on to win that match, but it was Amarikwa getting into the head of the Galaxy’s best player that helped secure the victory.

Quincy Amarikwa’s final appearance of the season came in the final regular season match against FC Cincinnati. Once again, Wayne Rooney was out (this time, it was due to yellow card accumulation), and while Amarikwa got the start, he wasn’t able to make much of an impact in the dreadful 0-0 draw.

Quincy Amarikwa wasn’t able to generate much on the offensive end for D.C. United. Still, he worked hard and his ability to frustrate opposing teams on the defensive end was important at various times during the season. With him appearing mostly as a substitute, he was called on to hold leads or preserve results late in the match. Amarikwa is out of contract, and it seems like he is not in the team’s plans for 2020, but we still ask you: