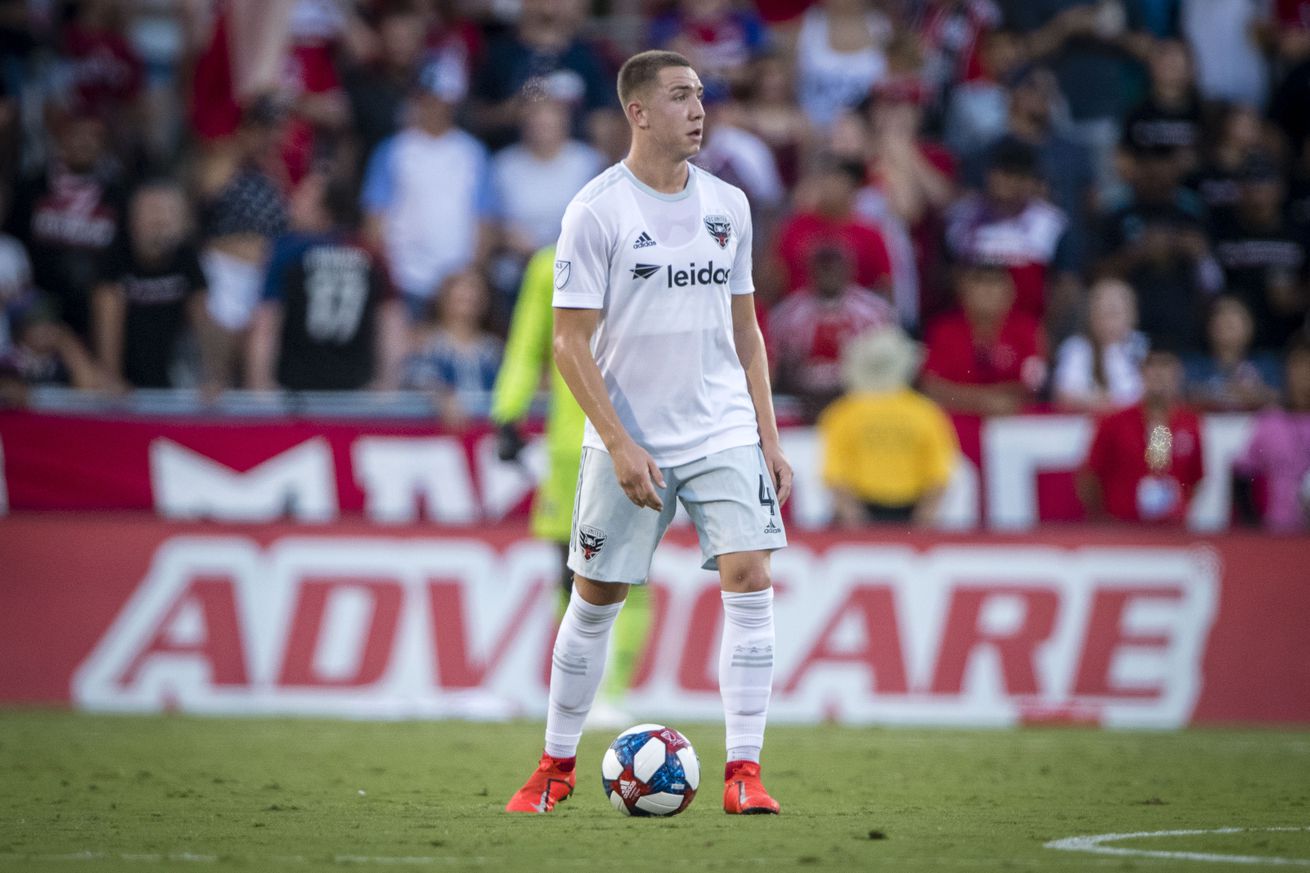 He was serviceable, but high expectations led to an up-and-down year.

Russell Canouse entered 2019 after a 2018 that saw him become a linchpin for D.C. United in the middle down the stretch of the team’s late run to the playoffs. He was named to the United States Men’s National Team roster for the 2019 January Camp, though he didn’t see the field in matches against Panama and Costa Rica. Still, as expectations for the team were high for the 2019 MLS season, Russell Canouse was going to be a big part of that. Paired with Junior Moreno and, at times, Chris Durkin, the defensive midfield was secure, and Canouse was one of the important pieces of the puzzle.

The season began and Canouse was dominant in the middle. He’s always been great at tackling, holding the ball, and making the short passes that gets the team moving forward. Paired with Moreno, the two were arguably the best defensive midfield in the league for the first month of the season. However, during that stretch, Canouse was playing with a sore knee ligament, and in April he was shut down for 3 games to rest the knee.

When he returned to the lineup, Canouse wasn’t completely himself. While he was still in the starting XI and was regularly playing 90 minutes each time, there were times where he wasn’t airtight. He would lose his marks at times, and there were a couple times where he just looked out of sorts. Against FC Dallas on July 5th and Atlanta United on July 21st, he didn’t have great matches and it showed in two losses for D.C. United.

Where Canouse was strong were things that he has been great at since he was acquired by D.C. United in 2017. His ability to block shots and passes on defense is excellent, he still holds the ball with strength and can tackle better than most defensive midfielders. He’s able to find space to keep possession and move the ball where it needs to go to start the attack. At times, he just wasn’t as sharp as he normally has shown to be in his time here.

On July 28th, Canouse suffered a collapsed lung against the Chicago Fire, causing him to have his lung drained at the hospital after the match. He missed 5 matches, returning to the lineup on September 1st against the Montreal Impact. When he came back, he was in a new position: right back. Head coach Ben Olsen, in an effort to shake up the lineup and put more of his attackers on the field at the same time, employed Canouse at right back instead of his normal center midfield position, and Canouse would start at right back the rest of the season.

As we head into 2020, Russell Canouse is one of the players already under contract. He’s expected to be part of the dependable core next year. However, he will need to be more efficient while on the field and improve upon his 2019 Audi Player Index average of 132. He’s 24 years old and is still a few years away from his prime, and he would be counted on to be more of a leader next season. So, though this should be an easy choice, we ask you: