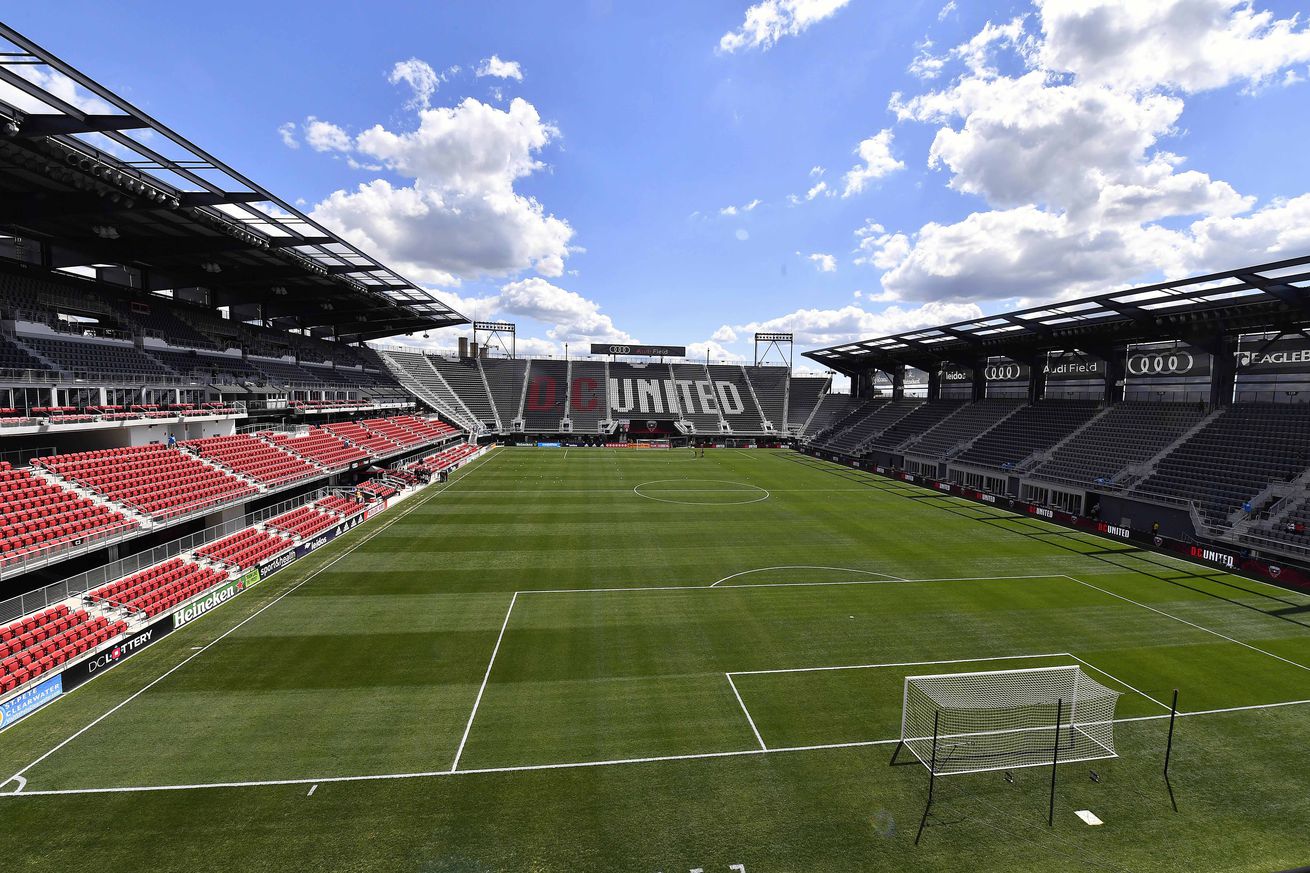 Major League Soccer announced its full 2020 schedule today, revealing D.C. United’s 34-game fixture list. We’ve known for some time that United will have the earliest game in MLS history, hosting the Colorado Rapids on February 29th at 1:00pm, but now we know what the rest of the calendar looks like.

United’s early-season calendar came with some complications, as the DC Defenders XFL team begins play at Audi Field this year. They’ll host football games on Buzzard Point on February 8th and 15th, and March 8th, 15th, and 28th, before then paying the costs of replacing the grass playing surface. Nonetheless, the Black-and-Red have their season opener against the Rapids and their first-ever game against expansion side Inter Miami CF in that same timeframe. They’ll also play New York City FC at home on April 3, raising major questions about the viability of replacing the playing surface in less than a week.

United’s first game against Nashville SC, the other expansion team joining MLS this season, will take place April 18th in Tennessee. The Black-and-Red’s Atlantic Cup games will both fall fairly early in the season, with United hosting the New York Red Bulls on April 26th and then traveling to Red Bull Arena on May 23rd. Fans looking for a vacation could opt to spend a week in Florida in August, as United is at Miami on August 8th and then at Orlando City seven days later.

The schedule features relatively few mid-week games, though United will have to deal with a very awkward mid-April set. They’ll play at San Jose on April 11th, then come home to face Toronto FC on April 14th (a highly unusual Tuesday game), and then head to Nashville on the following Saturday. The end of May features a Wednesday game in California against the LA Galaxy sandwiched between the aforementioned NYRB match and a home game against the Vancouver Whitecaps.

By virtue of their 5th place finish in the East last year, United will participate in the Leagues Cup, a tournament between MLS and Liga MX teams that the two leagues concocted last year. While those dates have not been announced, last year’s tournament started on July 23rd, and ended on September 18th. United will enter the 2020 U.S. Open Cup in the Round of 32, currently scheduled for May 19th or 20th, which would fall between a home game against Orlando and the trip to New Jersey to face the Red Bulls.

United’s complete schedule is as follows: