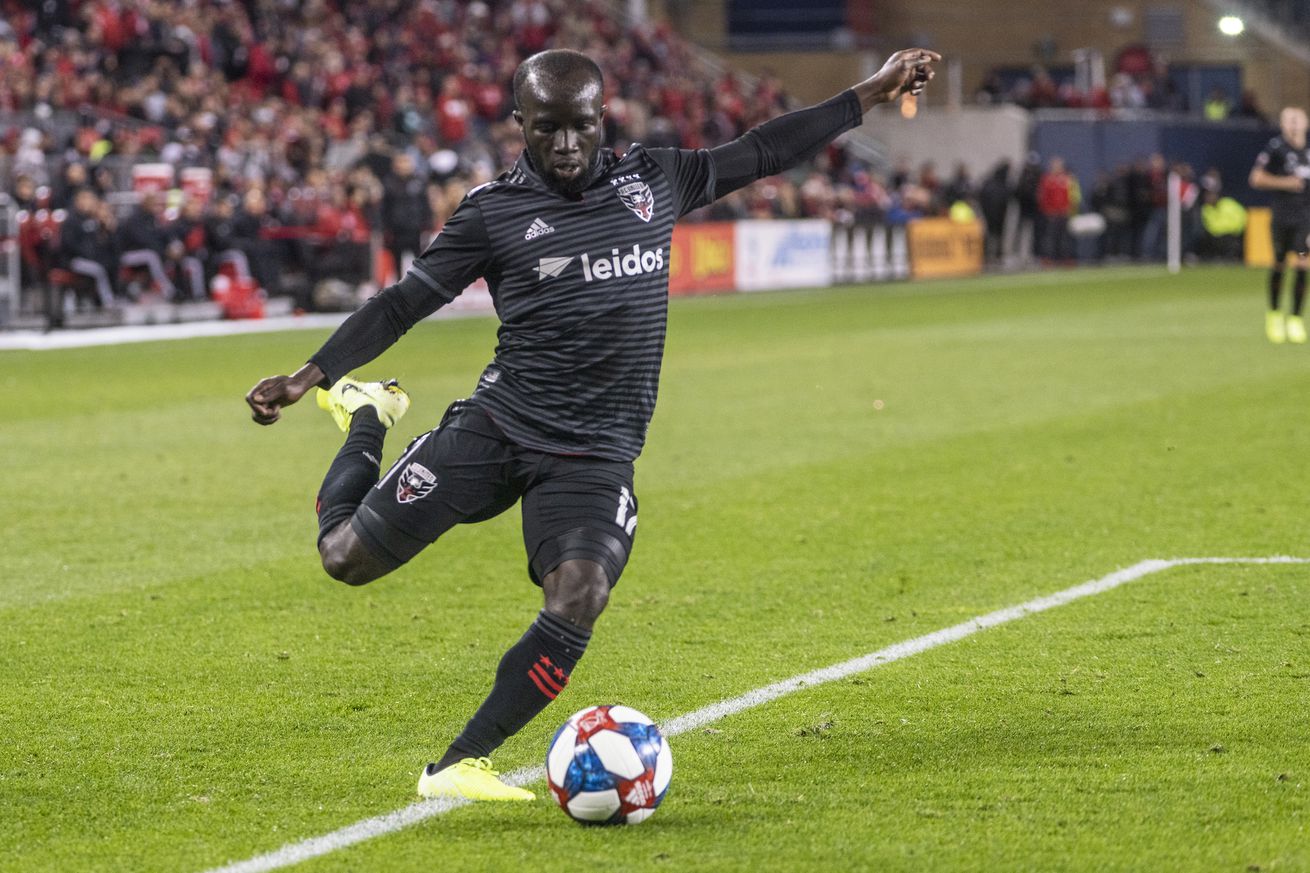 D.C. United went into the summer window knowing they needed some depth on the wings, and a boost in the speed department. From that angle, sending $250,000 in Targeted Allocation money to the LA Galaxy to acquire Emmanuel Boateng just before the transfer deadline made sense. The Ghanaian fit the profile in terms of his position and the fact that he’s blazing fast, but also from standpoints like his age (25), his experience (4 seasons in MLS, 3 seasons in Europe), and cap hit ($185,000 guaranteed this year).

After the deadline, Dave Kasper told Black and Red United that there were “a lot of suitors” when it came to teams trying to bring Boateng in during the window. In that case, the TAM heading west more or less added up. Boateng had fallen out of favor a bit as the season wore on, but the price was probably driven up a bit by demand.

It’s safe to say things didn’t go as club or player might have hoped. Despite Boateng offering a different profile to the attack than anyone else on the team, and despite the opening in the front four that appeared once Ben Olsen shifted away from Luciano Acosta, Boateng played a grand total of 84 minutes out of a possible 930. Even as Wayne Rooney’s availability was spotty, and Ulises Segura offered hard work but struggled in terms of final product, the outcome on gameday kept repeating itself: Boateng would dress, and if he played it would be a short cameo.

Boateng clearly didn’t change any minds in training, and there’s no real data to support the idea that he made the most of what playing time he did get. It’s unclear whether this was just a player playing badly, or a bad fit, or simply a case of a player in need of a confidence boost that never came. Whatever it was, Boateng’s late 2019 was very uneventful.

The Athletic’s Pablo Maurer has reported that United is looking to trade Boateng sometime this winter, and also noted that a few of the suitors this past summer included the New York Red Bulls and Vancouver Whitecaps:

Re: Boateng, #RBNY and Vancouver were interested in him when #DCU scooped him up. Something to watch. https://t.co/jsKGHOKAV0

As such, United may have already made their decision here. Yes, they did pick up his 2020 option earlier this week, but if they are trying to drum up trade interest, that’s exactly what they’d have to do, right?

In any case, it’s time to ask you what you’d like United to do here. Was Boateng’s non-impact down to walking into a bad situation? Or is he simply not going to cut it with the Black-and-Red?